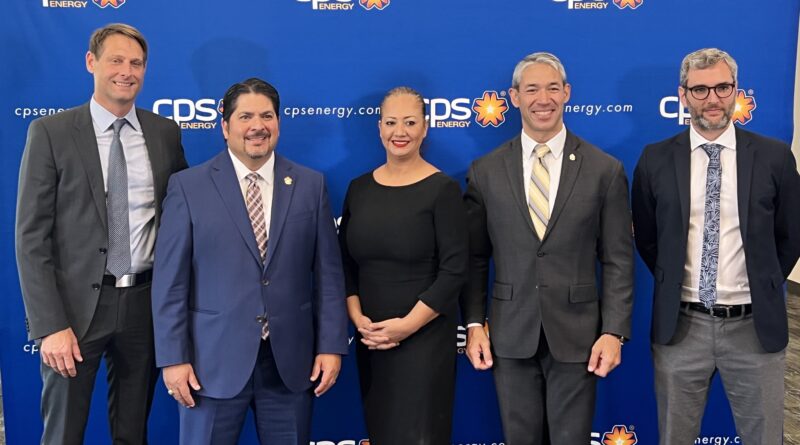 September 21, 2022 (SAN ANTONIO) — CPS Energy, the largest municipally owned electric and natural gas utility in the United States, has reached an agreement with Kenlov Ashtrom Renewable Energy LLC (KARE), a subsidiary of Kenlov Renewable Energy and Ashtrom Renewable Energy, for the purchase of 180 megawatts (MW) of solar energy. The project, developed and originated by KARE’s U.S. development partner, OnPeak Power, will provide CPS Energy with 180 MW of the full 305 MW from the Tierra Bonita solar farm once completed. Tierra Bonita will be located in West Texas in Pecos County.

As the second agreement tied to its FlexPOWER Bundle initiative, the KARE contract is part of the utility’s goal to add up to 900 MW of clean, sustainable solar energy to its power generation mix. The agreement for the first 300 MW was signed  in May 2022  with Consolidated Edison Development, Inc.

“I am extremely proud of the work the CPS Energy team has done to secure another 180 MW of solar for our growing community,” said Rudy D. Garza, CPS Energy President & CEO. “This is an extremely critical step as we look ahead to how we’re going to power our Greater San Antonio community for the future and prepare to replace aging plants.”

The KARE agreement is a 20-year contract with construction anticipated to begin next year.

“We are excited to partner with CPS Energy and start construction on the Tierra Bonita project in early 2023,” said Yitsik Marmelshtein, CEO of Ashtrom Renewable Energy. “The agreement with CPS Energy is a landmark milestone for our development activities in the U.S. renewable energy sector, and it demonstrates our commitment to expand our renewable investments. We would like to thank CPS Energy for their commitment to the Tierra Bonita project and their trust in our group as a long-term business partner.”

“It’s an honor to have CPS Energy as a partner on the Tierra Bonita project,” said Yossi Gvura, CEO of Kenlov Renewable Energy. “This long-term partnership will be the cornerstone to a project that will deliver green power to thousands of people and reduce carbon emissions in the San Antonio metropolitan area.  I thank Mayor Ron Nirenberg and President & CEO Rudy Garza and look forward to helping them achieve their vision for San Antonio and CPS Energy.”

“The FlexPower Bundle has a been a great process for helping CPS Energy obtain competitive solutions to meet their growing and evolving energy needs,” said Ingmar Sterzing, Managing Partner with OnPeak Power. “As Texans with a long history of working with public power utilities, we are grateful for the opportunity to contribute and serve the community of San Antonio through the Tierra Bonita project.”

The FlexPOWER Bundle initiative aims to further diversify CPS Energy’s power generation mix, adding up to 900 MW of solar, up to 50 MW of energy storage and up to 500 MW of firming capacity. The bundle is part of the utility’s wider plan to replace older generation with newer and cleaner technologies.

Launched in November 2020, a request for proposals for the FlexPOWER Bundle resulted in over 650 proposals from 100 companies across the U.S. and ten other nations, including Japan, England and South Korea. CPS Energy expects to finalize and award additional FlexPOWER Bundle contracts within the next few months.

In addition to the capacity replaced by FlexPOWER Bundle, the utility is also working towards replacing other aging units. The discussion surrounding future power generation is taking place through the utility’s Rate Advisory Committee (RAC) meetings. More information on the process can be found on the RAC website.

KARE is a Texas based Independent Power Producer focused on the development, construction and long-term management of utility scale solar facilities in the US market.  Our mission is to become a major renewable energy producer and to serve our stakeholders by providing solar energy at a competitive price, while preserving our shareholder’s vision and values to reduce carbon emissions, to connect to our community by creating jobs and to enable a world of new opportunities as we build a better future together.

Founded in 1963, the Ashtrom Group is the leading construction and real estate group in Israel, with operations in more than 20 countries around the globe, the Ashtrom group is a publicly traded company since 2014 and is among the TA-35 index (35 biggest public companies in Israel) with a market cap of approx. USD 2.5 Billion.  The Ashtrom Group has a deeply ingrained tradition of entrepreneurship and innovation, reliability and professionalism, based on the highest uncompromising standards and high long-term financial robustness. Ashtrom Group is involved with development and construction of large-scale real-estate projects (commercial, industrial, residential etc.), infrastructure projects (roads, bridges, ports, etc.), concessions (PPP, BOT, PFI), and other large-scale projects. The chairman of Ashtrom Group is Rami Nussbaum and the group’s CEO is Mr. Gil Gueron.

Kenlov Renewable Energy is an Independent Power Producer (IPP) focused on mature technologies such as onshore wind, solar and storage projects in Europe and the US. Kenlov Renewable Energy is the right partner of choice for developing early-stage renewable energy projects, creating better outcomes for developers, investors and the planet.  Kenlov Renewable Energy takes a dynamic and hands-on approach to unearth early-stage projects and maximize their potential. We have a team of established in-country managers and a lean management structure that connects developers directly with decision-makers.  Managed by Mr. Yossi Gvura, Kenlov leadership and teams throughout Europe and the United States, currently have 1.5GW of assets under development and a further pipeline of more than 2.5GW.