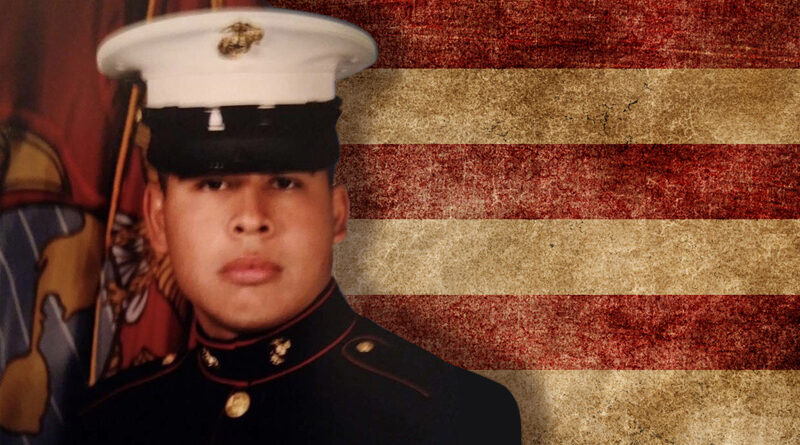 Rio Grande City is a portion of the Rio Grande Valley known for producing bountiful crops and sprawling palm trees. The city near the Texas-Mexico border in deep South Texas is also where Ricky De Leon claims his roots.

Tomorrow, CPS Energy will join our nation in commemorating Veterans Day and today we wrap our series of blogs honoring a handful of the nearly 280 military veterans working at our Company. Keep reading to learn more about Ricky and his service to our country.

From glory days to Old Glory

As a teenager, Ricky was like many of his peers with a growing interest in sports. Powerlifting, where strength and stamina boost you to the top of your game, became his passion.

“Each lifter competes in three separate lifting events: squat, bench and deadlift,” he explains. With a personal best of 315 pounds on the bench press (and a 1280 total for all three lifts) in his weight class, the 146-pound senior helped his high school powerlifting team earn a state championship.

After his high school glory days, Ricky competed professionally for a couple of years in the U.S. Powerlifting Federation. The strict regimen of going to the gym, dieting and trying to keep his weight down, however, eventually weighed heavy on him and he hung up the iron bars for good.

While he had a love for lifting, Ricky had an even greater love of country and a desire to serve under Old Glory, our nation’s flag.

From graduation gown to military fatigues

“I was raised around them and always admired the honor among them and their friends. It [being in the Armed Forces] was a blessing as I definitely wasn’t ready for the real world. It was a place to mature, experience diversity, and learn and grow. I often say if it wasn’t for the Marines, I would have never seen past the bright lights and palm trees of Rio Grande City.”

From Pendleton to Panama

Having been in tip-top shape, the physical part of basic training was pretty much a breeze for Ricky. From there, he attended the school of infantry at Camp Pendleton where he learned to assemble, fire, clean and maintain machine guns, some weighing 140-plus pounds.

Though he traveled to various bases across the U.S. for training and exercises, Ricky spent most of his eight years in the Reserves in his home state of Texas at Naval Air Station Corpus Christi Army Depot (NASCCAD).

A one-month assignment in Panama, however, gave him a totally new perspective on life. As the U.S. was closing military bases in Panama, Ricky and his troop trudged through the Central American country’s humid, dense jungles to establish a perimeter around the bases and help recover stolen items.

“Whatever wasn’t bolted down, the locals would try to take. They would even dig in our trash and would trade us Pepsis and mangoes for MREs (meals ready to eat),” he says. “To see poverty at that level is humbling and puts things in perspective.” Even fresh water was a much sought-after commodity by the Panamanians. “Our helicopters would come and lower a water buffalo (a water tank) with fresh water. The locals would come out of the villages and bring containers and fill them up.”

From serving our great nation to serving Greater San Antonio

While still serving as a Reservist, Ricky came to San Antonio (fondly called Military City USA) to attend the University of Texas at San Antonio. However, a roommate mentioned applying for a job at CPS Energy, so they both did. Ricky was hired that same day in 2001 as a Utility Worker at CPS Energy’s Southwest Center training grounds. He continued to gain on-the-job energy knowledge and experience, progressing to crewman, distribution trainee, residential and commercial designer, and today serves as a residential supervisor in Customer Design & Delivery. This fast-paced, high-volume area helps design and coordinate construction projects, both gas and electrical, for residential customers. The team, he says, serves as liaisons to the Company’s customers and strives to deliver a concierge type of customer service.

While leading his team and working to serve the customers of CPS Energy, Ricky still finds his military experience and training invaluable.

“I lean on my [military] experience to lead teams. Much like our platoons came together to work and function as a single unit, I encourage my team to collaborate and see the value of aligning with our area’s overall direction,” he says. “You learn to all row the boat in the same direction so to speak.”

Lance Cpl. Ricky De Leon served in the U.S. Marine Corps Reserves through the end of 2004. We sincerely thank him and all of our nation’s veterans for their dedication and unwavering service to our beloved country. Happy Veterans Day!