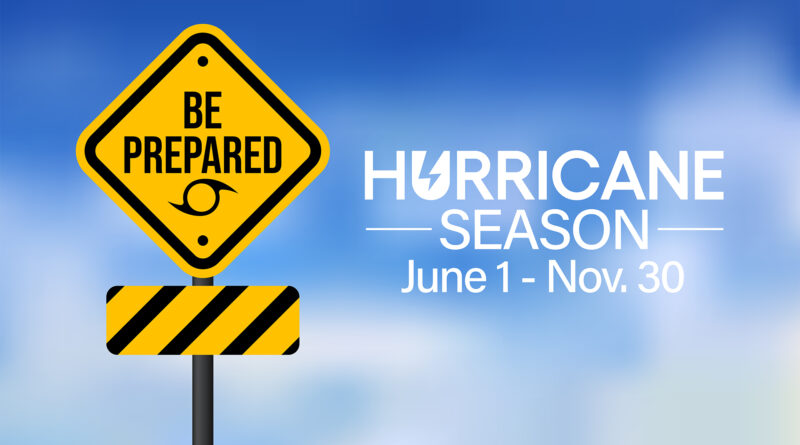 This week, all eyes were on the Gulf of Mexico as a tropical storm was brewing and moving closer to Texas. As of this morning, the disturbance is anticipated to drop heavy rainfall and flooding conditions on our state’s east coast and Louisiana’s coastal areas.

“While this week’s tropical activity may not bring major threats to our coastal communities, this is an important reminder to Texans to remain vigilant and take meaningful precautions this hurricane season,” said Governor Greg Abbott during a briefing yesterday. “I urge Texans to remain weather aware and heed the guidance of their local officials before, during, and after severe weather such as hurricanes. When we prepare for disasters together, we are keeping ourselves and our loved ones safe.”

The Atlantic hurricane season runs from June 1 through November 30. It is expected to be a busier-than-average hurricane season, making 2022 the seventh consecutive above-average season. The National Oceanic and Atmospheric Administration (NOAA) is forecasting 14 to 21 named storms, of which 6 to 10 could become hurricanes, including 3 to 6 major hurricanes. During the first week of June, Alex became the first named storm of the season, causing flooding in Florida.

With San Antonio and surrounding areas being more than 100 miles from any coastlines, why should I be concerned about hurricanes?

According to the National Weather Service (NWS), hurricanes are among nature’s most powerful and destructive phenomena.

“Hurricane Ida spanned nine states, demonstrating that anyone can be in the direct path of a hurricane and in danger from the remnants of a storm system,” said FEMA Administrator Deanne Criswell.Ida resulted in service outages for up to 1.2 million electricity customers across eight states, according to the Department of Energy. One of the power companies serving Louisiana estimated the storm damaged 30,000 utility poles. Powerful winds, flying debris, fallen trees, torrential rain and flooding are just some of the reasons why hurricanes cause power outages. It’s always best to be prepared.

“It’s important for everyone to understand their risk and take proactive steps to get ready now by visiting Ready.gov and Listo.gov for preparedness tips, and by downloading the FEMA App to make sure you are receiving emergency alerts in real-time,” said Criswell.

Also, take a moment now to sign up for emergency alerts so that CPS Energy has your current contact information and can reach you in an emergency.

How to prepare an emergency kit

Take a few moments now to organize an emergency kit so that you and your family are prepared for a hurricane or any weather event. Here are 7 things to include in your kit:

You may want to add:

Click here for more details on what to pack in your emergency kit. Also, be sure to keep your cellphone, iPad and other electronics charged in advance of a storm.

While CPS Energy crews work to restore power safely and quickly, their work can be delayed or slowed down by weather conditions such as high winds, flooded roadways and alleys, damaged infrastructure and debris. If you lose power, you can go online and check our Outage Center for details.

In any power outage, it’s important to remember these safety tips:

Although we’re now officially in the throes of hurricane season, inclement weather can strike Greater San Antonio any time of the year as we saw just this week. Take time now to prepare by assembling your emergency kit – do it for yourself and your family.