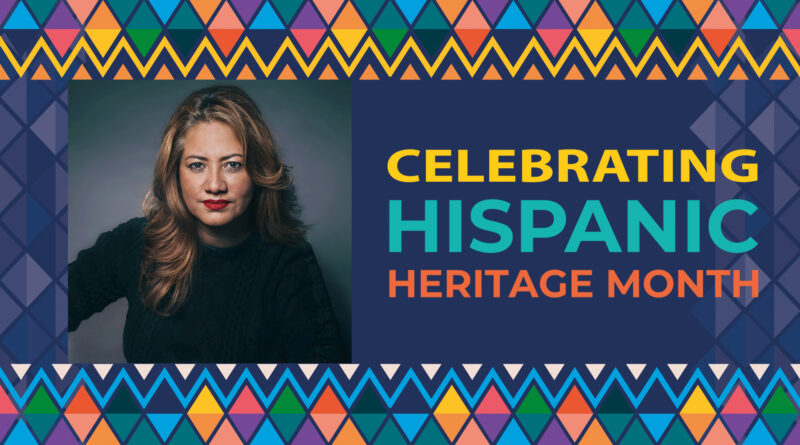 According to the non-profit Latino Corporate Directors Association,65% of Fortune 1000 companies do not have Latino leaders on governing boards. Yet, Latinos are the largest minority group in the country but remain the most underrepresented on public companies’ boards of directors. That’s not the case for CPS Energy. Latino representation on the Board of Trustees has remained consistent over the past 50-plus years. The consistent inclusion of Hispanics on the CPS Energy Board of Trustees reflects San Antonio’s new status as the largest Hispanic-majority city in the nation.

In this blog, we speak to President and CEO of Webhead Janie Martinez Gonzalez, who joined the Board in 2019 and now serves as Vice Chair. Vice Chair Gonzalez has supported several significant decisions at CPS Energy. They include the formation of the Rate Advisory Committee (RAC) who will make suggestions to the Board on generation planning and rate design, investments in more renewable energy, including the most recent addition of more solar power through the FlexPOWER BundleSM and the appointment of Rudy Garza as the first Latino to serve as President & CEO.

We spoke to Vice Chair Gonzalez about what motivates her and the significance of joining the CPS Energy Board of Trustees.

Can you tell me about the first day you served on the Board of Trustees?

I was overwhelmed with emotion. My father was in attendance with me. He is a retiree from CPS Energy who was employed as a mechanic on the overnight shift. I grew up visiting my father at the various CPS Energy Fleet operation centers. When I was sworn in, I saw my father’s pride. It was the best day to honor my father with my Trustee position.

Why did you want to join the CPS Energy Board of Trustees?

My earliest memories of CPS Energy were walking in with my mother to make payment arrangements at the Mission Road Service Center location. Not once did my mother have an unpleasant experience with CPS Energy. They worked with my mother, and the lights and gas kept running.

This childhood experience is one of the main reasons I applied. CPS Energy is more than a utility company. It is part of the fabric of the San Antonio community, and they care. Preserving CPS Energy and transforming it is vital for future generations.

What does it mean to serve on the CPS Energy Board of Trustees?

It is an enormous responsibility. The most important aspect of the role of a Trustee is ensuring one acts in the best interest of the organization, bondholders, and its customers. We often face complex decision-making. We must consider all current, future, and potential investments and management of assets in addition to fulfilling other Trustee duties. As a result, we must make decisions calmly and conservatively.

Why is it important to have more Hispanics in the boardroom?

I want to live in a society that gives hope to others in which the Hispanic community thrives. And it is not just because I am Hispanic. Investing in leadership, establishing role models, and helping the growth of our youngest minority group in the U.S. will benefit everyone.

Around the turn of the decade into the 70s, Eloy Centeno became the first Hispanic to serve on the CPS Energy Board of Trustees. A few years later, he became the Chair, but his appointment came at a time of oil embargoes that caused fuel shortages and spikes in energy prices, known as the 1970s energy crisis. Consequently, Centeno had the difficult task of asking the San Antonio City Council for a rate increase to address the persistent high fuel costs. Centeno’s request was the first rate increase in over a decade.

Former trustees share thoughts on CPS Energy and the meaning of board participation.

“Being a trustee means to navigate the velocity of change at a rate where uncertainty is uncertain,” said former Trustee Aurora Ortega-Geis. She was the first Latina to serve as Chair of the CPS Energy Board of Trustees. She voted to increase CPS Energy’s nuclear power supply as another viable option for cleaner energy.

“Diversity in board rooms means a variety of experiences, perspectives, and expertise that can produce comprehensive and powerful solutions to community problems,” said former Trustee Homer Guevara. He voted in favor of CPS Energy’s New Energy Economy. This initiative led to the addition of 450 megawatts of solar, $23 million in support of local educational programs, up to 900 new jobs in clean energy, and more than $200 million in investments to fuel the local economy.

“It was a tremendous honor to serve as a CPS Energy Board of Trustee. I was humbled to be part of an incredible legacy that powers essential services in the city and is depended upon by our community, homes, and businesses,” said former Trustee Cheryl Garcia. She was especially proud to elect Milton Lee, the first African American to serve as President and General Manager of CPS Energy.

“I believe it’s important to have diversity on the Board because we represent the entire community,” said former Chair Nora Chavez. She previously worked as the City of San Antonio’s Chief Financial Officer and credited her extensive experience in public finance to serving effectively on the CPS Energy Board of Trustees.

We are grateful to our past and current Latino members of our Board of Trustees for their governance and for steering CPS Energy in the right direction. For a full list of all who have served on the CPS Energy Board of Trustees, please visit cpsenergy.com.