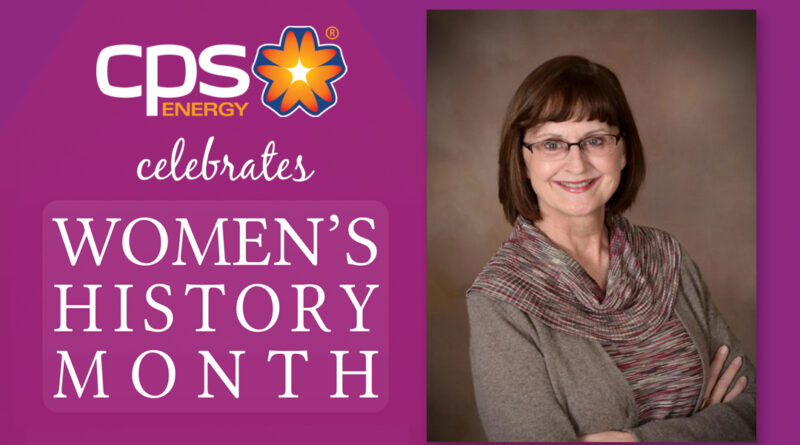 Though we may not realize it at the time, many of us are introduced to role models at a young age and sometimes those role models are right under our own roofs. For Melanie Green, two important men – both near and dear to her – had a long-lasting impact on her future and her career path.

Young and impressionable, Melanie was intrigued by her dad’s auto repair shop. When she was growing up, this wasn’t the ideal place for a young lady to hang out, much less work, but neither Melanie nor her father let that deter her. She rolled up her sleeves to learn the nuts and bolts of vehicle repair and worked alongside him for several years. She was a quick learner and wasn’t afraid to get dirty – and no job was too big for her to handle.

“How cool that I could overhaul a transmission or pull an engine and rebuild it,” Melanie said in an interview for a recent Power Engineering article where she was featured.

At a young age, she also got to see, and was fascinated by, the power station in Missouri where her grandfather, an engineer, worked. Being able to generate power for homes and businesses immediately sparked an interest in her that still burns strong decades later.

Combining her love for mechanics with her passion for figuring out how things work, Melanie graduated from the University of Missouri with a degree in mechanical engineering, and like her grandfather, went to work in the power sector. She held various jobs at power stations across Alaska, Texas and Missouri, eventually returning to and settling in the Lone Star State with her husband.

Melanie joined CPS Energy in 2003 as an engineer in the Power Generation area and was assigned to the Sommers/Deely Plant. Among other duties, she supported the day-to-day operations and maintenance of the plant’s four generating units and assisted with any issues that arose.

During her career at the company, she took on roles of increasing responsibility and currently serves as Senior Director of Coal/Gas Generation Operations.

Today, we shine the light on Melanie as we continue to celebrate Women’s History Month and feature some of the nearly 715 women powering Greater San Antonio. Keep reading to learn more about her.

Q: Can you share about your experience in the power sector?

Melanie: I have more than 40 years of experience in the power sector that has taken me from Missouri to Alaska and to Texas. During my career, I’ve held various positions related to the construction, engineering, operations and maintenance of power stations, and eventually moved into a leadership role.

Q: What does your current role as a Senior Director of Coal/Gas Generation Operations entail?

Melanie: A lot of the work I now do revolves around data analytics – gathering, viewing and interpreting data that can help analyze and measure the performance of our plant equipment. This can help us determine if we’re experiencing equipment issues. I’ve also built models that can evaluate how our generation fleet is performing and if there is any decline in performance.

Q: Is there anything you’ve accomplished at CPS Energy that you’re especially proud of?

Melanie: Becoming a Plant Director was a career goal so being the Plant Director for the Sommers/Deely Plant was an amazing experience. When I look at how much I’ve learned and how much knowledge I’ve acquired through the years, it’s incredible.

Melanie: Empathy, being able to focus on people. The bottom line is nothing happens without people, and you have to be able to have everybody pulling together to achieve an objective. You also have to be enthusiastic, have enthusiasm for what you do and share that passion with others.

Q: A lot of people probably don’t know that you were issued a patent. Can you tell us a little about that patent?

Melanie: I was the co-inventor on a patent issued in 1993 for “Improvement for combustion system with reduced sulfur oxide emissions.” The company I worked for at the time was so happy with the results and cost savings of the experimental work we had done to improve oxidation that they pushed the idea of a patent.

Q: Has working in a historically male-dominated industry presented any challenges and how did you overcome them?

Melanie: I honestly can say I’ve never had issues or challenges because of being a woman, maybe because I never saw it as an issue. During my first job, which was the construction of a plant, I was the only woman engineer onsite. I was told they (the others working on the project) thought it was strange for a 22-year-old woman to move to another state where she didn’t know anybody. It was interesting to a lot of people then just because it was so different.

Q: What piece of advice do you have for others to achieve success in their careers?

Melanie:  A big part of being successful is to work hard and enjoy what you do; figure out a way to make something positive out of it. If you can’t find something positive or rewarding, check to see if you’re doing the right thing for you. A career is a long-term investment, and nobody should spend all those years being miserable.

Q: In 3 words or less, how would you describe yourself?

Thank you, Melanie, for sharing your inspiring story with us and for your more than 40 years of experience in the energy industry. And we wish her well as she begins a new chapter in her life. Melanie also shared with us that she has decided to retire from CPS Energy at the end of April. Her expertise and leadership will be sorely missed. Congrats and well-deserved!