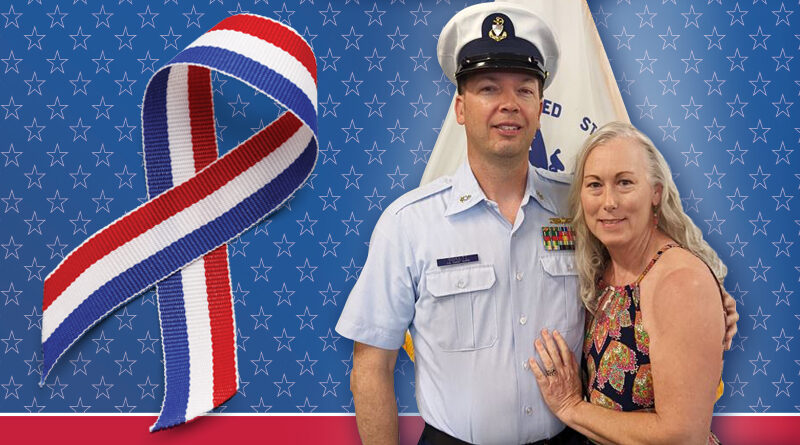 Individuals join the U.S. Armed Forces for various reasons. Some are looking for adventure or travel opportunities. Others feel the obligation to serve their country or continue a family tradition, while others are seeking financial stability, a career or debt-free training. For Dan Schultz, it was about joining a life-saving service.

In advance of Veterans Day, last week we kicked off a series of blogs highlighting a handful of the nearly 290 military Veterans working for CPS Energy. Today, we shine the light on Dan, whose passion for saving lives is also reflected in his work with our company.

A native of Michigan, Dan joined the U.S. Coast Guard in 2006. He completed the grueling 8-week bootcamp program – the same bootcamp as depicted in the movie The Guardian – and then went straight to ‘A’ school in Yorktown, Virginia, where Coast Guard personnel are trained to provide security and law enforcement support for the branch’s missions. Having gone through bootcamp and then directly to ‘A’ school, he and his wife, Sandy (pictured with him above), spent 6 months living apart during their first year of marriage, like so many others who serve.

On top of the physical and emotional strains he’d already endured, Dan withstood some extreme cold weather during his first assignment to the Marine Safety Detachment in Minnesota – an entire month of 0-degree temperatures and a week of temps that dipped to 25 below 0! Fortunately, he later got to enjoy some toastier weather in Florida while being stationed at Sector Mayport and Sector Jacksonville. A sector is the Coast Guard’s shore-based operational unit that’s responsible for the execution of missions within its physical location of responsibility.

Dan worked as a pollution responder, going to oil and chemical spills to make sure they were quickly and properly cleaned up. He inspected U.S. ports, foreign vessels and shipping containers to ensure they complied with federal and international regulations. He also conducted accident investigations aboard U.S. vessels. However, the moments in uniform that he relished most were those when he was able to assist with flood operations, some of which turned into rescue missions in states such as North Dakota, Iowa, Illinois and Missouri.

By boat, Dan and his fellow Coast Guardsmen rescued people who had climbed onto their rooftops and were stuck because their homes were surrounded by 10 feet of flood waters. He explained that these high water-rescues weren’t the result of hurricanes like the one that just devastated Florida but rather from snow melting or piles of debris such as trees and logs that caused the Red and Mississippi rivers to spill over their banks.

“The people were often frantic because they had nowhere to go and were anxiously waiting for someone to come along and help. It was a rewarding experience, being able to get these families to safety,” he said.

Dan earned a bachelor’s degree from Thomas Edison State College while on active duty and a master’s in Occupational Safety and Health from Columbia Southern University through the GI Bill.

He transitioned out of active duty and directly into the Coast Guard Reserve and civilian life in 2013. He shared that the skills, training and college education that he received while in the military set him up for success in the civilian world.

Dan joined CPS Energy in November 2020 as a Safety Professional in Enterprise & Public Safety, once again working to help look out for others.

“I speak with our employees and go out in the field to learn more about what they do every day and evaluate any current or potential hazards they face,” he said. “I then look for ways to mitigate those hazards so our employees can go home safely to their families at the end of each day.”

While serving our company and the Greater San Antonio community, Dan still serves in the Coast Guard Reserve at Sector Lower Mississippi River in Memphis, Tennessee, and is currently a Chief Petty Officer. He has been awarded four Coast Guard Achievement medals, as well as an Army Achievement Medal.

We thank, Dan, for his commitment to serving and saving others as a member of our company and our nation’s Armed Forces. We also thank and honor all Veterans for their service to our great country.