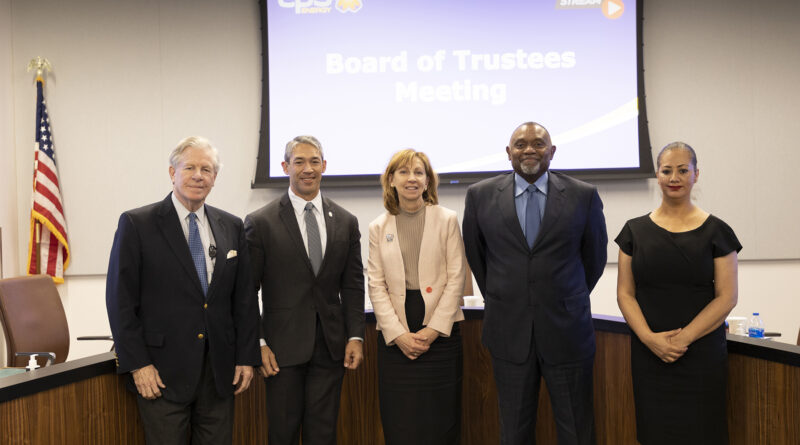 Dr. Mackey will serve his second 5-year term on the Board

December 1, 2022 (SAN ANTONIO) – Today, the San Antonio City Council voted to confirm the reappointment of Dr. Willis Mackey for his second term on the CPS Energy Board of Trustees. The Board reappointed Dr. Mackey by election on Oct. 31, 2022, effective February 1, 2023. Trustees may serve up to two five-year terms.

Dr. Mackey currently serves as Board Chair and is a member of the following CPS Energy Board Committees: Audit & Finance, Personnel, Nominations, Employee Benefits Oversight and Risk Management and is the President of the SA Energy Acquisition Public Facility Corporation. During his tenure, some of the items he has voted in favor of include:

“We have made a lot of progress as a Board with one of this area’s greatest assets and my goal is to make sure we continue doing the right things for our customers, CPS Energy employees, and our community,” said Dr. Mackey. “I’m honored that I have the ongoing support of both my peers and City Council.”

The CPS Energy Board of Trustees are an independent board vested with complete management and control of the operation of CPS Energy, the nation’s largest municipally owned electric and natural gas utility. CPS Energy generates more than $2.5 billion in revenues annually, manages over $11 billion in assets, employs more than 3,100 employees locally, and has returned $9 billion to the City of San Antonio during 80 years of municipal ownership.

The Board consists of four citizens residing in each of the four geographical quadrants within Bexar County and the Mayor of San Antonio, who serves as an ex-officio member and represents the City Council and keeps them advised and informed. Other Board members include Vice-Chair Janie Martinez Gonzalez, John Steen, and Dr. Francine Sanders Romero.

The CPS Energy Board of Trustees typically meets on the last Monday of each month at 1:00 p.m. Community members are welcome to address the Board about current agenda items in the Public Comment portion of Board meetings by calling (210) 353-4662 or emailing [email protected] to pre-register to speak. Additional information about the CPS Energy Board of Trustees and the schedule of Board meetings can be found on CPS Energy’s website.