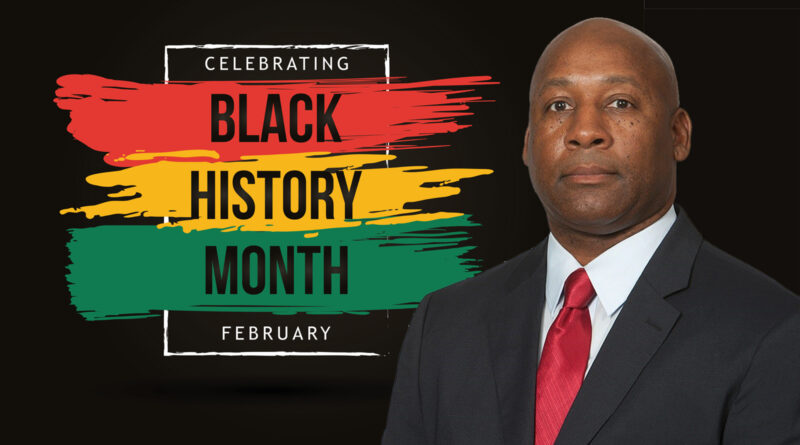 At our power plants, a boiler stands eight stories high and contains a fireball that’s hotter than lava. The 2,400-degree furnace turns water into high-pressure steam that’s used to power turbines that churn out electricity for homes and businesses.

It’s an impressive process, but the highly skilled men and women responsible for keeping our plants up and running are the most impressive part.

Leaders like James Richardson, a Power Plant Director at our Calaveras Power Station, uses his more than 40 years of experience to make critical decisions every day that keep our team members focused on serving our customers and community with reliable power.

We start our recognition of Black History Month with this profile on James who’s modeled resilience in leadership to overcome challenges and lead teams to success throughout his career.

James jump-started his career in Power Generation in the Navy, working in the main steam plant of the USS Mount Whitney LCC-20. He learned the fundamentals of generating electricity for utilities on the command ship and gained essential leadership skills along the way.

“As a new manager, you have to develop a trust level very quickly and you have to be willing to work the extra hours to show them you’re a willing participant,” said James. “You must be hands-on and truthful in order to build rapport with the day and night shifts.”

Building Trust
​
He encountered one of his biggest challenges as a leader in 2012 when he worked as plant manager for a 40-megawatt wood-fired biomass power plant in Cassville, Wisconsin. Detroit Edison Energy had converted the EJ Stoneman Generation Plant, a 65-year-old coal plant into a woody biomass-burning plant and hired James to make it run as efficiently as possible.

James did his best to quickly learn how the plant was operating and developed a game plan to improve operations. However, the 32 employees under his leadership viewed him as an outsider and opposed him at every turn. Despite hosting school tours of the plant and raising money for school supplies in the community, James continued to deal with stiff opposition.

“I was the only black man in the county, so everyone knew who I was,” said James. “Whatever I said to the employees, they wanted to do it differently. If I said the sky was blue, they would say it was orange.”

While nothing seemed to change their perspective, one random act of kindness changed things overnight. While driving back from the grocery store one evening, James saw a lady stranded on the side of the road with a flat tire. He helped her change the tire and gave her hungry kids some of his groceries. Just as James was leaving, she thanked him and told him her husband was one of his employees.

“When she got home, she had a long conversation with her husband,” James said with a chuckle. “She also called up all the wives of the employees to let them know how I helped. Things changed after that.”

From then on, James had won their cooperation. He implemented a new plan to use railroad ties as a new fuel since it’s a more efficient wood-burning source. He also made sure the plant was fine-tuned like a well-oiled engine. As a result, the power plant increased its availability from 67 percent to more than 90 percent. In less than two years, the plant went from losing $3.7 million to making a profit of $3 million. In addition, the team achieved a safety record of more than 1,000 days with no lost time accidents.

Team works together to power through the storm

Today, James is responsible for overseeing more than 100 employees at the O.W. Sommers Power Plant. Over the last couple years, the Sommers team has overcome challenges with COVID-19 and kept the plant in operation during extreme weather events like Winter Storm Uri. During Winter Storm Uri, Control Room Operators, Maintenance, Electricians, Coal Yard crew and other Power Generation team members all worked through snow, freezing rain and sometimes single digit temperatures. Many team members spent several nights at the plant, working nonstop to keep the power flowing to as many customers as possible.

“Everyone stepped up, gave extra effort and performed very well,” said James. “They were very selfless in making sure that we took care of the plant to get the power back on for our community and ensure their fellow team members were working safely. We personally faced the same issues that the community was facing, but we had to leave our homes and families to take care of the plant because it’s our responsibility.”

In the months after the storm, James’ team helped Power Generation complete extensive work to ensure that our power plants and equipment were ready to serve our customers throughout the winter peak season. Their work ensured that CPS Energy passed an inspection from the Electric Reliability Council of Texas (ERCOT), indicating our plants were ready for winter. James is proud of his team for working diligently together to make sure the plants are operational to support our customers and the state power grid.

Moving forward, he will continue leading his team to be a steady support for customers and the community no matter what challenges arise.

One thought on “Black History Month: Plant director models resilience in leadership to rise above challenges”