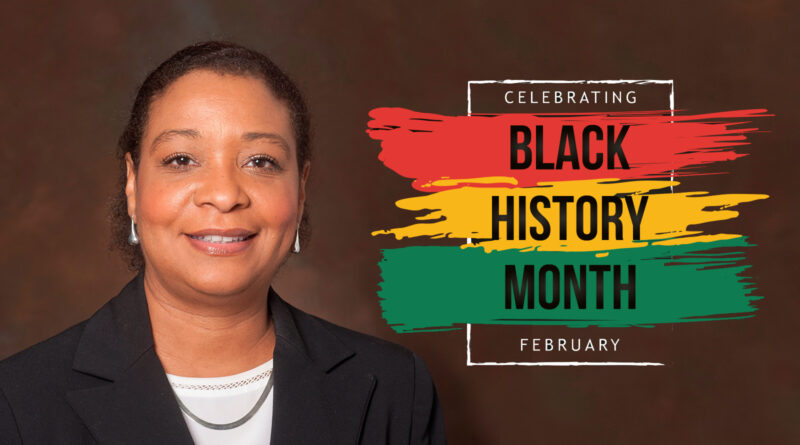 Jumpstarting a career at CPS Energy provides the opportunity to use your skills and talent to provide an essential service for our community and make a difference in the lives of more than two million people living in Greater San Antonio. Professionals like Toni Harris-Rowland, a Senior Human Resources Generalist, are focused on creating a welcoming environment and culture for our new team members. Her life experiences led her into a compassionate career where she found her calling at a young age.

Toni was born into a military family and lived overseas for most of her childhood. She is a proud first-generation Hispanic, Black woman. Her father is Barbadian, and her mother is from the Dominican Republican. At a young age, she noticed that as a minority she was subject to prejudice.

“Being of a racial minority in a foreign country and dealing with racial issues and seeing the different ways people look at you when you are American and when Americans look at you when you are a racial minority – (this experience) had an impact on how I look at the world and how I look at my role in our larger society. This is what led me to help people with issues of inclusion and diversity,” said Toni.

Thankfully, these views didn’t hinder her. They strengthened her resolve to make a difference.

After majoring in Human Resources and minoring in Computer Science, Toni opted to take an IT position. She created banking programs and digital assimilations for the military. But she still yearned to start helping marginalized communities.

Toni soon left the IT field and began making an impact on youth. Toni started helping underserved high school and college students, working with numerous organizations, including educational institutions, juvenile justice systems, and national businesses. During years of hard work and dedication, she raised awareness to bridge the inequality gap and accessibility.

Soon enough her skills in diversity, equity, and inclusion expanded tremendously and Toni was called on to help an entire Texas community overcome hardships caused by a high war deployment rate. At the start of Desert Storm 1, students in Killeen had their family lives thrown into a tailspin with the deployment of one or both parents. This instability caused an increase in violence and discrimination among students at Killeen ISD.

Toni worked as a consultant for the now-National Conference for Community and Justice; an organization created in the 1920s dedicated to bringing diverse people together to address interfaith divisions.

“I worked with (the community) and the school district to provide community reclamation and started community-based discussions on race and gender and how we can create an inclusive environment. A lot of times, economic and social stresses bring those underlying fractures to the surface,” said Toni.

Her contribution in supporting this community was greatly appreciated and she was soon recognized by III Corps and Fort Hood.

Toni’s work has taken her to places where she’s shared the stage with people like Caroline Kennedy and Benjamin O. Davis Jr. She spoke at a conference where all three shared their expertise with CEOs of the top 10 businesses in our country at the time. In his twilight years, Davis who was a general and commander of the World War II Tuskegee Airmen, the first African American general in the U.S. Air Force, and had supported desegregation of the military, spoke about the social responsibilities that organizations and corporations hold as core entities drive social change.

His challenging words reassured Toni that she was on the right path and she was making a difference in utilizing her expertise within organizations by breaking down barriers for future generations.

“It’s hard work and there’s no immediate gratification. I’m passionate because I believe I’m changing the world, but I don’t have to be there to see it happen,” said Toni.

Today, Toni brings her valuable and numerous experiences to CPS Energy. She started out in HR, then as she has skillfully done throughout her career, took on a leadership role to stand up our Customer Response Unit (CRU) in 2014. Eight years later, CRU is known throughout our organization and in the community as a go-to customer solutions team.

Toni then returned to HR, now known as People & Culture, where she continues to go above and beyond in her role by ensuring people are managed fairly, equitably, and consistently. She continues to be a trailblazer as an active member of the American Association of Blacks in Energy (AABE), a national association of energy professionals dedicated to ensuring the input of African Americans and other minorities into the discussions and developments in the energy industry.

Her efforts are paving the way to help organizations recognize more minorities, such as women and nontraditional groups, who have the skillset for new roles. As a result, this powerful mission is breaking down barriers and providing skilled workers an inclusive environment that allows them to thrive and succeed. Undoubtedly, Toni’s phenomenal work is making an impact now and for future generations! CPS Energy salutes Toni Harris-Rowland as we recognize Black History Month.