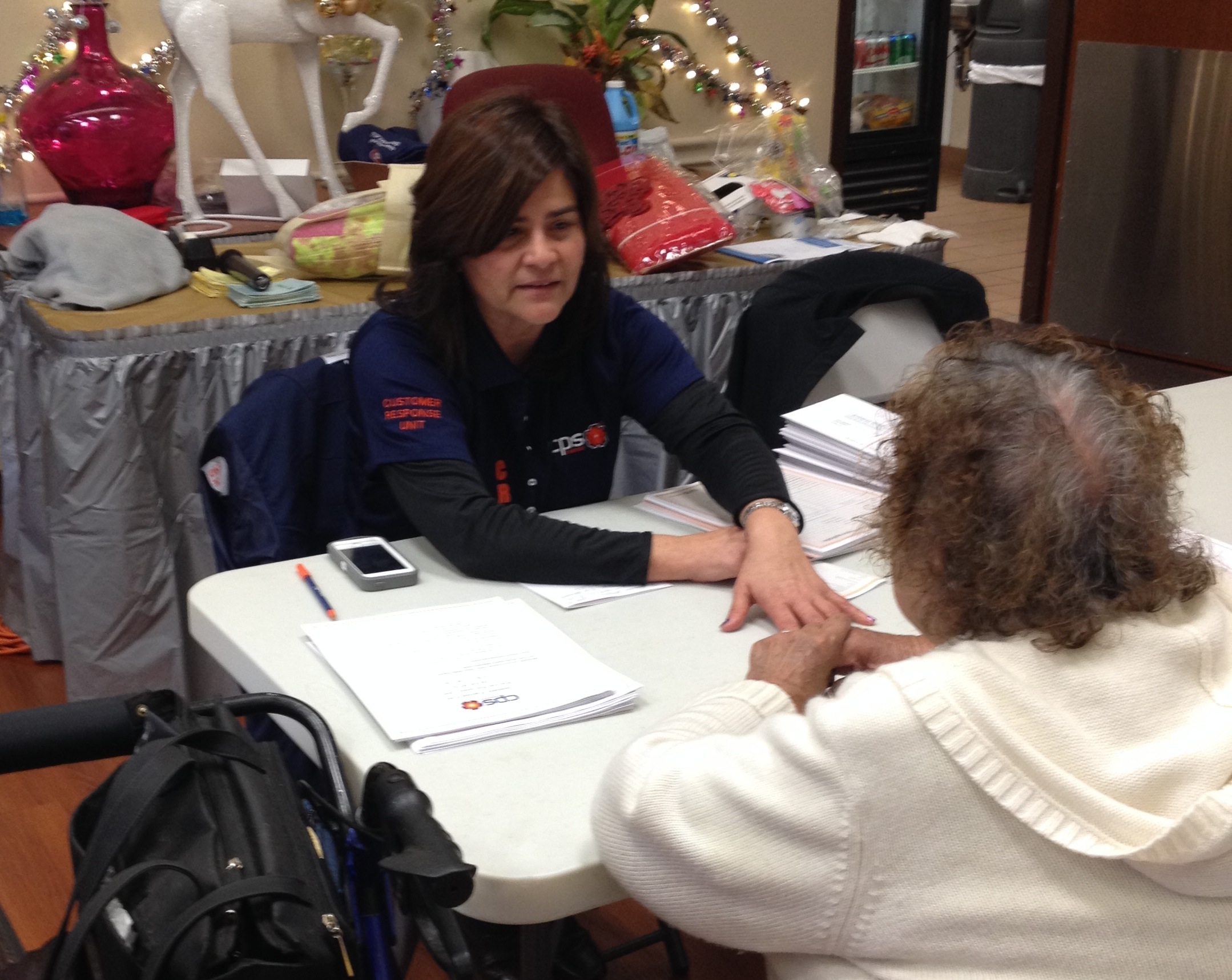 One part of that group is the mobile Customer Response Unit, or CRU, who visit customers in their homes or at a service center in addition to talking to them by phone or email.

The four-person CRU team has a specific mandate: to increase community awareness of, and enrollment in, assistance programs; to educate customers about energy efficiency and safety and to work directly with customers whose unique needs require more time and coordination than feasible in an average customer service exchange.

Anna “Nan” Alcazar works on this elite team, which has already managed 400 cases in its first six months. A four-year CPS Energy veteran, Alcazar started in the utility’s weatherization department, and worked for three years teaching customers how to make their homes more energy-efficient. An English communications graduate of St. Mary’s University and one of seven children, the San Antonio native has traveled the United States and Europe at previous employers and for pleasure. When she’s not solving problems for CPS Energy customers, Alcazar enjoys landscape photography, cooking new recipes and trying them out on friends and family.

We caught up with Alcazar to hear more about her new role with the CRU.

What does it mean to be a member of the CRU?

We’re the boots-on-the-ground contact who gives customers the chance to have someone take a case management approach to complex situations — sometimes in person, sometimes on the phone. The fact is, delivering electric and gas service to the community is a very complicated undertaking. We have dozens of departments here at CPS Energy and when customers have a problem, it can sometimes be a challenge to find out where to turn for help. That’s where we come in. We’re internal customer advocates, helping resolve problems from billing issues to non-functioning streetlights to brush removal on CPS Energy right-of-ways.

What has been the most challenging customer service situation you’ve faced so far?

The one that stands out involved an elderly customer, 89-year-old Irene. She couldn’t pay her bill. Irene had a medical condition and was pretty much home-bound.

She had contacted her City Council person to see if they could intercede on her behalf. I received an e-mail from the district office asking me to contact her. Irene told me she simply could not get help from family members — they had too many financial constraints. She was super emotional. She said that during the Great Depression, no matter what happened, she and her family always found a way to make ends meet — her parents would barter tomatoes for fabric so they could make their own clothes. With all this as part of her character, she had a really hard time asking for help. She didn’t have anything to barter.

She had always taken care of herself and believed her generation was raised to not seek out assistance. After much discussion, I asked her if we could meet. She agreed and we did.

I went to her house and we talked for about 45 minutes. I explained that sometimes life throws us curve balls, and that given her difficult circumstances, she really needed to keep her lights on. I told her, there are agencies out there that can help, and that’s why they exist, to help people just like her. I was able to get her in touch with the right folks and help her complete an application with Bexar County’s Department of Community Resources. We also referred her to the City of San Antonio’s Department of Human Services.

A few weeks later, she called and told me how grateful she was for not letting her fail.   She said, ‘I just want to tell you that you didn’t give up on me and that you reached out and helped me. It’s good to know that a big company has people who are willing to do that.’

That was a great day for me at work.

It seems such work could easily cause tempers to flare. How do you keep your cool when folks on the other side of the conversation get worked up?

Easy. I don’t take it personally. I empathize with customers — let’s talk. Tell me what it is.

I always let them speak first. Nine times out of ten people just want to vent. Often it’s simply a situation where they have not had things explained to them in a way they can understand. By tracking down answers from the right department internally, I use that as a teaching experience for myself, as well as an answer for the customer. The result is better understanding and resolution for everyone.

CPS Energy Works for You: Lineman Will Schneider

One thought on “CPS Energy Works for You: Anna Alcazar, CRU member”