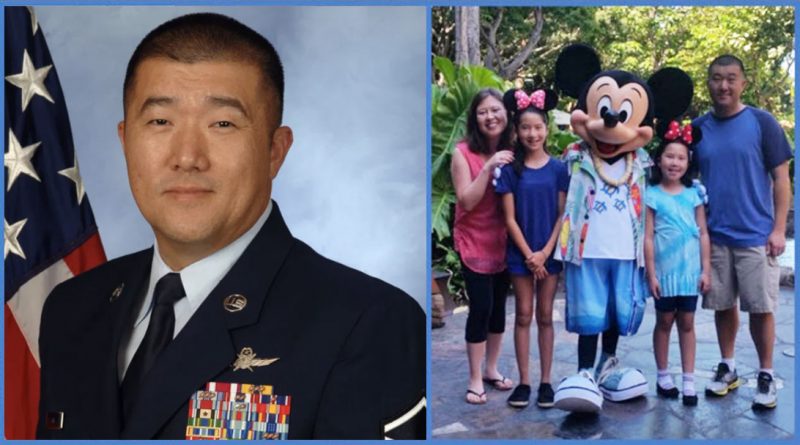 When Sung Kim joined the U.S. Air Force in 1997, he envisioned himself as a pilot at the controls in an aircraft cockpit. His military experience, however, took him on a different course – one that solidly landed him earlier this year as Senior Manager for CPS Energy’s Enterprise IT Security.

Sung is one of nearly 300 veterans working for the utility. Although Veterans Day is still a few weeks out, we’re kicking off a series today spotlighting a handful of the men and women at CPS Energy who selflessly served, or currently serve, in our nation’s Armed Forces.

Born in South Korea, Sung joined the U.S. Air Force in an administrative role and later cross-trained in the computer field, a defining moment in his career. He used his computer system skills as a Help Desk Technician, Server Administrator and while serving with the Combat Communications Unit and Air Control Squadron.

Those skills were invaluable as Sung participated in three of the seven Operation Iraqi Freedom campaign phases.

“My first deployment was to Balad Air Base, an Iraqi Air Force base near Baghdad, to help manage air resources – attack, support and medical – for the entire operational area,” he explained. “I ensured communications were available to our air controllers, and managed data between a Central Reporting Center and radar systems to support the air portion of combat operations.”

His technical experience and expertise didn’t go unnoticed. Sung was selected by the Air Force as one of only 200 initial members of what is now called Cyber Warfare Operations. This elite group oversaw computer network defense, response and attacks while supporting counter terrorism operations and cyber operations for theater-level war plans.

After an illustrious 22-year career, Sung retired from the Air Force as a Master Sergeant in 2019. Since coming to work for CPS Energy in April of this year, he’s hit the tarmac running. Sung is one among a handful of critical positions filled since the COVID-19 pandemic and is managing his new leadership role while working from home.

“Having influential leaders in the Air Force who were positive role models has helped me as I lead my team,” said Sung, who holds a master’s degree in information systems and cybersecurity from Our Lady of the Lake University. “Also, the leadership development model the military uses is very beneficial, and I leverage that training every day.”

While his military career took him across the U.S. and onto foreign soils, Sung is now happy to call San Antonio and our company home. “I still can’t believe that I’m working for CPS Energy. My experience and skillsets are a perfect fit for my position here and I feel very blessed to be a part of the team.”

Thank you, Sung, and all of our 300 CPS Energy military veterans for protecting and defending our country and our freedoms! We salute you as we celebrate our 78th anniversary of City ownership on Oct. 24 and look ahead to Veterans Day.