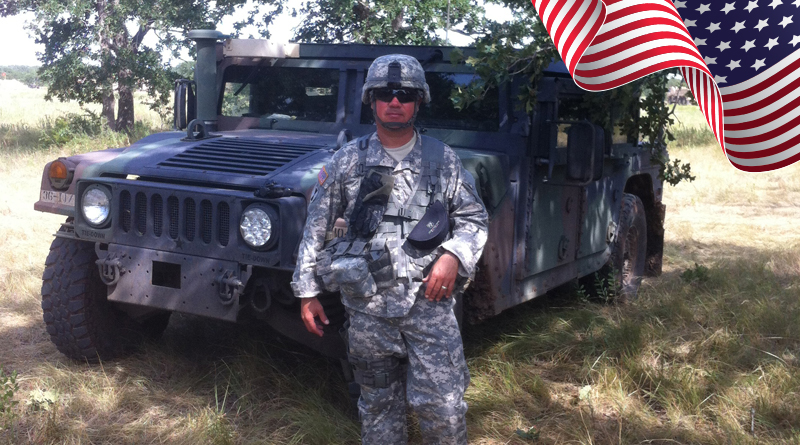 While Veterans Day is still weeks away, we’re kicking off a series to spotlight a handful of the nearly 300 military veterans working for CPS Energy. These veterans are the epitome of what it means to serve — bravely and unselfishly serving our country as a member of our Armed Forces, and delivering excellence in serving our company, community and customers.

We begin our series with a veteran who alone has amassed 50 years of service: three decades with the U.S. Army and two decades with CPS Energy.

While military service runs in his DNA, Mike shared that his mother was the driving force behind his decision to enlist.

“When I was 17, my mother signed me up for the Army,” he said with a smile. “I was just going to do my two years and get out. I never expected that I would like it and still be serving today.”

Mike enlisted as a Forward Observer (FO) at Ft. Ord, California. In this role, he was positioned “forward” of the cannons, which were capable of firing rounds nearly 30,000 meters – that’s roughly 18.5 miles – and able to destroy tanks, vehicles, buildings and more. If the cannon crew failed to hit the target, Mike was quickly calculating and relaying adjustments to the cannon crew.

“It’s a little more high-tech now,” Mike noted. “Now the FO points a device at the target, the device gets the coordinates and electronically sends the data back to the cannon crew.”

Like his father and uncle, Mike too is a veteran of conflicts. Just nine months after enlisting, he was deployed to Panama as part of Operation Just Cause. His troop went from town to town confiscating weapons and helping to re-establish their police force, occasionally dodging sniper fire, while other troops worked to capture the country’s self-proclaimed leader, Manuel Noriega.

Before his two years of active duty were over, Mike joined the Texas Army National Guard.

Twice, he was deployed to Iraq. During his first tour which lasted nearly 18 months, Mike’s unit provided security for convoys carrying military supplies across Iraq’s hilly barren terrain. He was the Noncommissioned Officer in Charge (NCOIC) of a compound at Camp Bucca, a detainee detention facility, while on his year-long second tour abroad.

As he progressed through the ranks, Mike later served with the Warrior Transition Battalion at Brooke Army Medical Center (BAMC). The wounded soldiers who came through the doors at BAMC suffered all types of serious and generally life-threatening injuries: missing limbs, severe burns, shrapnel and brain injuries.

“Continually seeing these young soldiers in pain and watching their families suffering right along with them, knowing their lives are forever changed, kind of takes a toll on you mentally,” he said.

While his experience at BAMC was emotionally challenging, as the First Sergeant, Mike tried to focus on the fulfilling work he was doing to support the soldiers and their families. He made sure the soldiers had the resources they needed to recover and heal, and ensured they got to their medical appointments. His Squad Leaders set up lodging for the families and made sure they were taken care of, as well. Along with these duties, he coordinated Purple Heart ceremonies – the military decoration presented to soldiers injured in combat, or to the families of those killed in combat.

“The most rewarding part,” Mike shared, “is seeing soldiers recover and go on to live seemingly normal lives – after enduring an amputation, they go through therapy, get fitted with a prosthetic, and a year or two later they’re walking or running around and able to participate in everyday activities such as playing on their company’s softball team.”

As the Fires Operations Sergeant Major for the 36th Infantry Division, today he oversees the nearly 1,200 members of the artillery units and artillery assets such as missiles and rockets.

Along with a lengthy, illustrious military career, Mike has enjoyed a 20-year career at CPS Energy. A team member in the company’s Supply Side Analytics area, he works on projects related to future generation planning, applying many of the leadership and problem-solving skills gained through his Army experience.

Additionally, he serves as treasurer for our company’s Veterans Connection employee resource group.

Thank you, Mike, for your decades of dedication and service to our country and our company. Also, thanks to all military veterans for courageously defending our country.