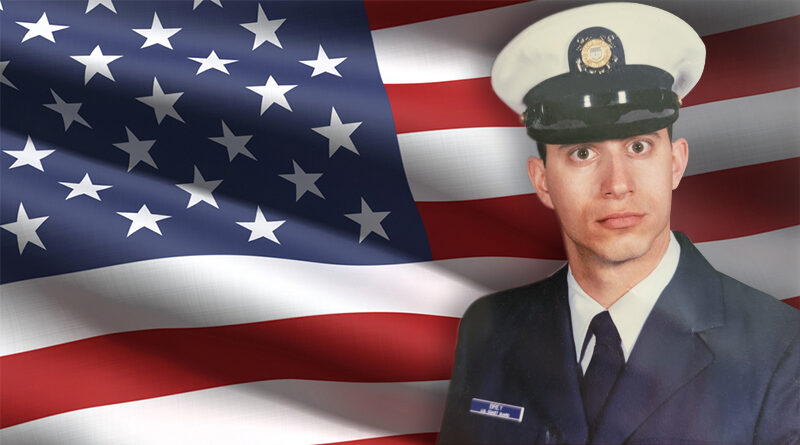 Life can be like a sea of towering waves, with its ups and downs that can leave you struggling to keep your head above water. Charles Brey knows firsthand what it’s like to be surrounded by those seemingly relentless walls of water, both figuratively and literally. Keep reading to find out how the Armed Forces veteran has ridden out and risen through challenging times, including being in the midst of the real “perfect storm.”

From Army life to life beneath a bridge

Charles, a Wisconsin native, joined the U.S. Army in 1982 and completed basic and advanced individual training at Ft. Sill, Oklahoma, before being assigned to the 1st Infantry Division at Ft. Riley, Kansas. The young soldier mastered a wide range of assignments, including serving as cannon crewman where he operated the self-propelled howitzer, which he described as being like a tank. “It was my job to blow stuff up and keep people up late at night,” he says with a slight chuckle.

Later, after passing stringent military clearances, he completed nuclear/biological chemical training with a focus on nuclear-capable field artillery. “We had to be well-versed in how to recognize and mitigate a threat and survive – nuclear fallout or biological or chemical agents. We did a lot of training with gas masks and special suits,” he explains.

During his four-year term, Charles also was appointed to be the battery commander’s driver, maintain all aspects of the barracks and supervise drug testing.

After leaving the Army, he landed in Kansas City, Missouri, and soon found work. That’s where things quickly spiraled downward.

The company Charles worked for went under, and he found himself out of work and broke, and fighting a serious infection. He didn’t consider the possibility of turning to the Veterans Administration (now called Veterans Affairs) for assistance and instead used a friend’s phone to call a free clinic nurse for advice on treating his infection.

“I was hardheaded and felt I needed to do this on my own,” he says.

For several months, he was homeless and lived under a bridge, thankful for friends who provided him with food.

“It was really depressing,” he says of that experience. “I tried to stay to myself. The few people I ran into seemed to be terribly disturbed or on drugs, like they didn’t want to participate in society or have any personal motivation.”

As his health improved, Charles was ready to get back into the world.

He visited the workforce commission and thumbed through a large binder of job opportunities, jotting down those that piqued his interest and for which he was qualified. That same day, he visited one of the businesses on his list and immediately was hired.

The dark clouds looming over the military veteran seemed to part and make way for brighter, better days ahead.

He now was gainfully employed, and a short time later, met a lady by the name of Debora through some mutual friends. Charles and Debora instantly bonded and later married.

A wave of change and a fierce storm

In 1991 as the economy was plunging, Charles was determined to make sure he could provide for his wife and baby on the way. He returned to the Armed Forces but in a different branch: the U.S. Coast Guard where he planned to make a long-term career.

Charles initially served as Quartermaster and was responsible for the safe navigation of the cutter that he served on, which measured nearly 380-feet-long, or longer than a football field. He trained to read nautical charts, recognize bearings and flashing patterns on lighthouses, send and receive Morse code through flashing lights, and much more.

He had only been with a Coast Guard a few months and was assigned to a smaller cutter when a massive storm gained strength over the Atlantic Ocean. He and his fellow Guardsmen planned to ride it out near the New England coastline; however, they had to respond to a distress call for a vessel in trouble. Unknowingly to them at the time, they were about to make their way out in what has since been dubbed the “perfect storm” – the same storm system on which the true-life movie with George Clooney and Mark Wahlberg aboard the ill-fated fishing vessel Andrea Gail was based. This storm of the century produced waves more than 100-feet high.

“While we actually rode out in our cutter behind the storm, the seas were still so rough that I saw tall sheets of water on all sides of us,” Charles recalls. “Because of the way we were being tossed by the waves, we were actually walking on the walls of our cutter, kind of crazy.”

Asked if he ever felt he wasn’t going to survive the storm, Charles noted that the skipper and senior officers didn’t seem too concerned so he didn’t sweat it. They eventually were successful in assisting the vessel in the rough seas and safely made their way back to the coastline, while the Andrea Gail remains lost to this day.

Charles was later assigned as a Boarding Officer, going on to other vessels to enforce U.S. Maritime law. On numerous occasions, this assignment turned into rescue missions. Haitians seeking to leave their country for a more promising future would pile into vessels and try to make the long voyage across the seas to the U.S. where they would seek asylum, he explained. Many were ill-prepared for the long trip with their vessels overloaded with people, and not enough food and water. Charles and his fellow service members safely rescued and returned countless Haitians to Port-Au-Prince.

Setting anchor in the Alamo City

Charles’ service in the Coast Guard concluded in 1996 when the Petty Officer 2nd Class was medically retired. Following his military service, he returned with his family to his home state of Wisconsin, where he graduated from Herzing University in Madison with a Bachelor of Science in Technology Management. The Breys, however, were not fond of the blustery weather up north, so they pulled up anchor and made their way south, landing in the Alamo City.

Charles began working at CPS Energy as a contractor in 2015 and was hired as an employee in February 2016 as a Unified Communications Analyst in the Enterprise Information Technology (EIT) area. In this role, he configures and maintains routers, firewalls and switches, allowing computers and servers to talk to each other so employees can do their jobs.

While he cherished his family, career and experiences in the military and at CPS Energy, a few years ago Charles sensed a tugging that something in his life was missing. It was a familiar feeling; one he could no longer ignore.

“I was being recruited for priesthood in high school but liked girls too much to do that,” he says openly. “I always had that feeling or calling; I just didn’t listen. I finally started paying attention to God’s voice in my head.”

Charles was ordained as a Christian pastor about three-and-a-half years ago. He has established an online ministry where he posts daily devotions on various social media channels, including Facebook, Instagram, Gab and LinkedIn.

“One of coolest things I’ve ever gotten to do,” says the father of four, “was to officiate the weddings of both my oldest daughter and my youngest son.”

We thank Charles for sharing his amazing and compelling story, from escaping homelessness and changing his own life to saving others and changing their lives through his service in the military and his ministry. And as Veterans Day draws near, we want to extend our sincere thanks and appreciation to him and all veterans for their selfless devotion and commitment in serving our country. Thank you for your service.