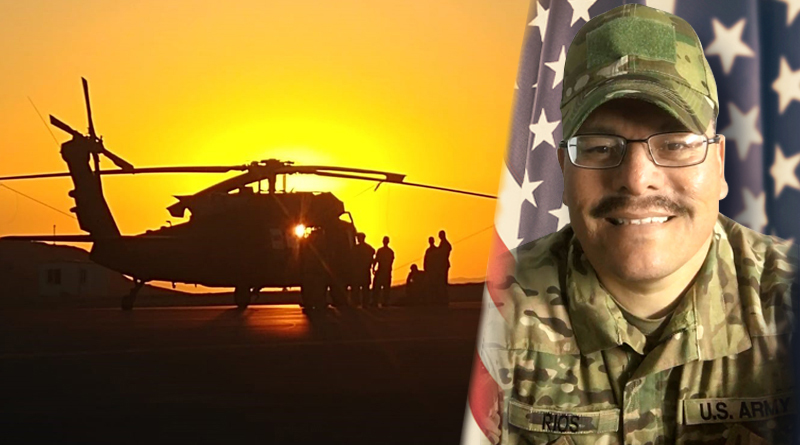 A young father, Emeterio Rios wanted to ensure a bright future for himself and his family. What could he do to make that happen? The decision was pretty much staring him in the face. Having a grandfather, father and three brothers having all served in the Army, Emeterio knew he wanted to continue the proud family tradition of Military service and follow in their bootsteps.

He joined the Army Reserve in 1988 and three years later was called to active duty to participate in Operation Desert Storm in Saudi Arabia and Kuwait. Describing himself as a “Power Generation guy,” Emeterio maintained generators and power distribution systems ensuring the base and troops had power – like CPS Energy supplies Greater San Antonio with power, but on a smaller scale.

Emeterio spent four years on active duty, serving in four operations, before returning to Reserve duty. Along with Saudi Arabia and Kuwait, he’s also traveled to Honduras, Germany, Jordan and Syria during his military career.

“Every place has been different, great experiences, and I learned a lot about different cultures and have a great appreciation for home,” he said, adding, “The military is dynamic, always changing. It’s about mission first, but people always. You won’t get anywhere without the great people you work with.”

About once a month, the Battalion is required to participate in training exercises that include individual training, weapons and general unit training. Recently, Emeterio was at Ft. Knox, Kentucky, for training exercises. Most of this year, he said, the group has been doing virtual battle assemblies, online training and virtual meetings because of the pandemic.

With nearly 33 years of military experience, the Platoon Sergeant shared that he doesn’t plan to hang up his Army uniform any time soon and is looking forward to 10 more years of service.

“I never thought I would have served this long, but the military has changed a lot, for the better and for the service member and their family,” said Emeterio, who joined the CPS Energy family in 2015 as a Tester in Substation Testing. In this role, he tests new and existing power equipment to ensure it’s reliable and ready to be put back into service.

“I get to work with people of all different backgrounds, work with different department, groups. It makes me a better, well-rounded person.”

When asked whether any of his children will carry on the family tradition of military service, Emeterio noted that his youngest son, Mark, joined the Army about three years ago and is currently on active duty in Kuwait with the 82nd Airborne Division.

His son will have some big boots to fill.

As we wrap up our series featuring a handful of the nearly 300 military veterans at CPS Energy, we thank Emeterio, Mark, and all Veterans for their unwavering dedication in defending and protecting our great nation!