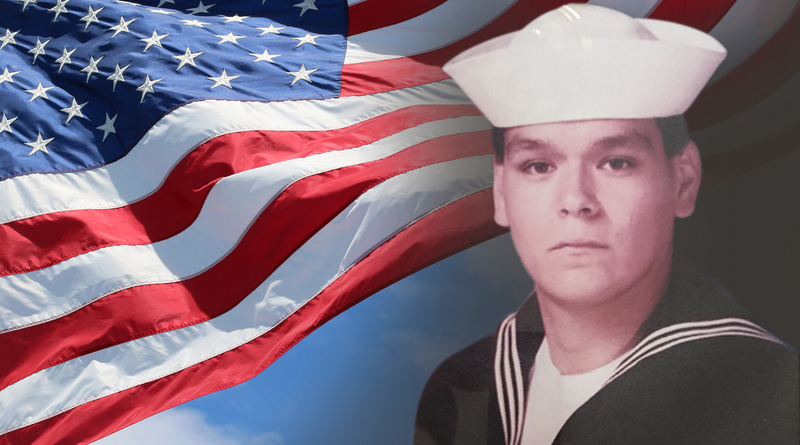 Anchors Aweigh, my boys, Anchors Aweigh. Rafael Coronado knows these words from the U.S. Navy medley well, having proudly served in that military branch for more than 10 years. The words also perfectly depict his time in the Armed Forces, as the young sailor frequently pulled up anchor, traveling from one continent to another to serve his country.

From Military City USA to abroad

After completing boot camp, Rafael was sent to Panama, where he did his first tour of duty. Though he was accustomed to the hot Texas summers, the climate in the Central American jungles was brutal, with 90% humidity each day. We’re told it could even make a Carolina Reaper – the world’s hottest known pepper – sweat.

His next three tours of duty – in the Persian Gulf — provided little to no relief from the scorching heat as temperatures climbed to 110 degrees and above. While serving on the Asian continent, Rafael volunteered to be a linguist and learn a new language, Persian Farsi. He served as a translator for the U.S. and used this new skill to communicate with residents in areas including Dubai and Manama, Bahrain. He even worked for a short while for the National Security Agency.

“When I volunteered to become a linguist, my first choice was to learn Chinese but was talked out of it and learned Persian Farsi instead. Little did I know that Chinese linguists are stationed in Hawaii and Farsi linguists go to Bahrain. I missed out on four years in Hawaii,” he said with a chuckle.

While he may have missed out on serving in The Aloha State, Rafael certainly didn’t miss out on any traveling opportunities. In addition to completing tours in Central America and Asia, he also traveled throughout South America — to Bolivia, Paraguay, Uruguay, Chile, Argentina and Peru.

Rafael left the Navy in June 2000 as a Petty Officer 1st Class.

The experience, he shared, was more than he could ever have imagined – making lots of new friends, seeing lots of new places, and doing and learning so many new things, made only possible through his service in the Armed Forces.

“The chance to protect and care for our country is the best job anyone can bestow upon us,” said the Veteran. Caring for and assisting our community and customers, he noted, comes in a close second.

Rafael, who’s fluent in Spanish, joined CPS Energy in February 2020 as a Bilingual Energy Advisor in Customer Engagement. One month later, COVID-19 sent our community into lockdown and our Energy Advisors began working from home.

The skilled linguist assists the utility’s English- and Spanish-speaking customers with their energy bills, payment plans and other customer concerns or issues, and provides them with information on customer assistance programs.

“My experience helps me in understanding and being patient with our customers, having empathy with their situation,” he said, adding that this has been especially important this year because of the financial hardships and challenges families face as a result of the pandemic.

With it being Veterans Day, we asked Rafael what this day means to him. He spoke of that special, tight-knit bond shared among those who’ve served, saying, “For me, it’s a time to remember all my brothers and sisters in arms. I think all Veterans are connected for life by service. Always.”

Thank you, Rafael, and all of our military Veterans – including the nearly 300 at CPS Energy — for proudly wearing the uniform to serve and protect our great nation and guarantee our freedom! Happy Veterans Day!