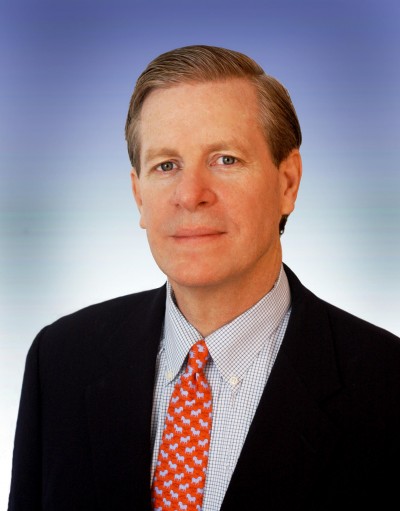 San Antonio, Texas (February 21, 2018) – Ms. Terri Williams has declined the nomination to serve on the CPS Energy Board as trustee for the southeast quadrant in order to fill the District 2 place on the North East Independent School District Board of Trustees, as described in her February 21 letter, image below. Beginning in October, Ms. Williams went through the process of applying to fill the southeast quadrant trustee position, which is being vacated by Derrick Howard after his two terms on the CPS Energy Board. On February 5, our board unanimously chose Ms. Williams from among the southeast quadrant applicants, with City Council approval as the next step.

After the opportunity to fill the board position at NEISD arose without opposition this past Monday, February 19, Ms. Williams notified us of her decision to move forward with NEISD and withdraw her candidacy as a CPS Energy trustee. Certainly, either of these positions requires a considerable time commitment, and we very much respect her desire to serve the students of NEISD. Ms. Williams has a commendable record of civic involvement, and we understand the competition from various boards for her time and talents. We wish her well in her new position.

The CPS Energy Board will meet this Monday, February 26, to discuss next steps in our selection process. In the meantime, Derrick Howard will continue to serve until his replacement is appointed and sworn in. 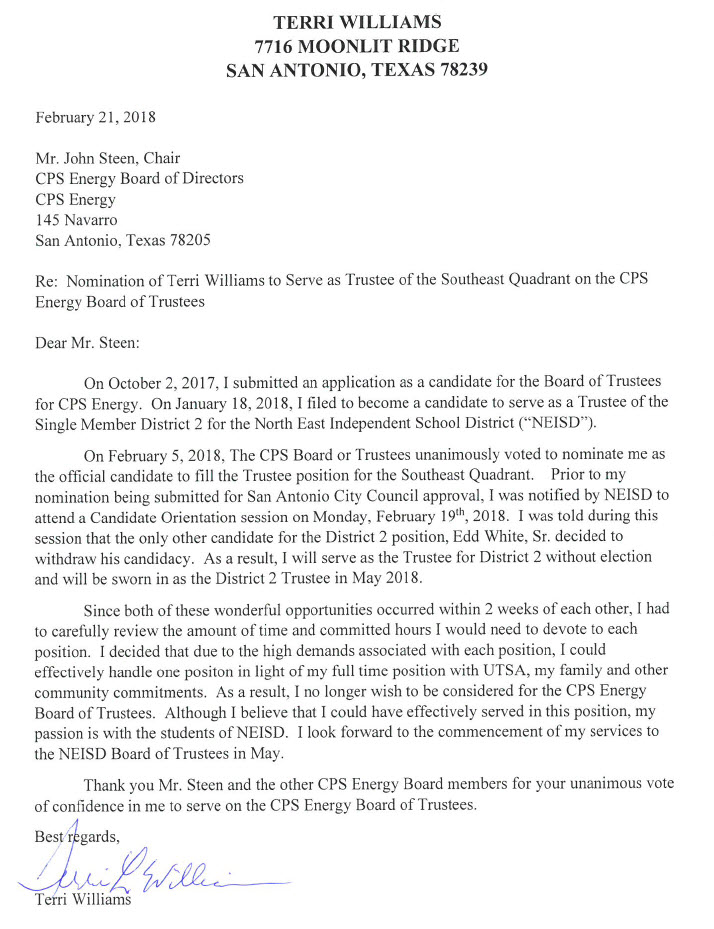