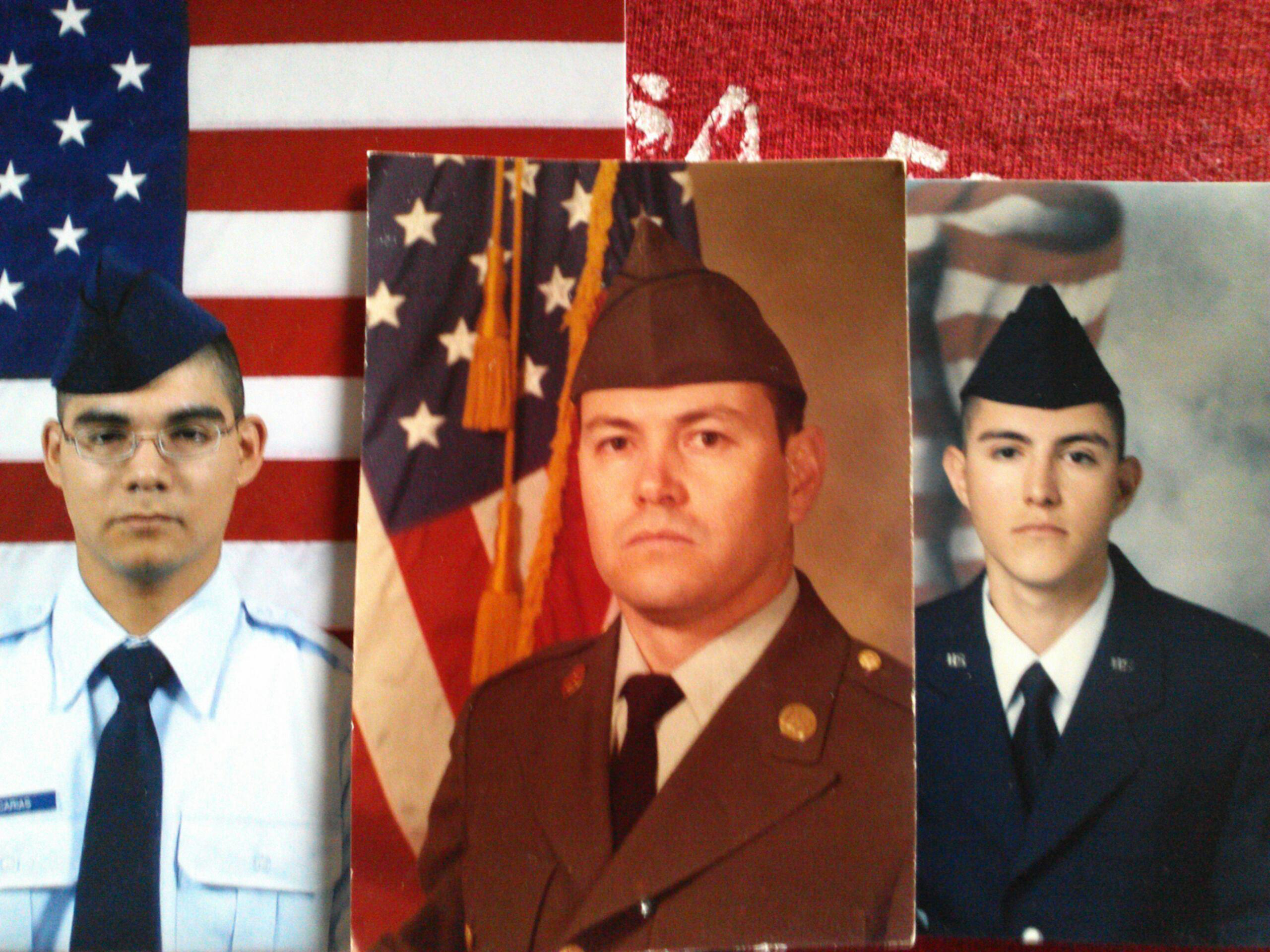 Tomorrow, we join our nation in commemorating Veterans Day. For the past several weeks leading up to Veterans Day, we’ve been proud to spotlight our own team members who served our country in the Armed Forces. We wrap up this series with a profile of Staff Sgt. Gabriel Zacarias, who served in the Air Force and Air Force Reserves from 2000-2010.

A family of service

Gabriel comes from a military family, like some of the other veterans we recently featured – Christina Valentine, Eddie Perez Sr. and George Patino.

Gabriel’s dad was a drill sergeant in the U.S. Army and served in the Gulf War in the early 1990s, during which time he drove tanks. “I remember him coming home and wrapping my arms around his legs. They seemed massive, almost like tree trunks,” recalls Gabriel, who also has a younger brother, Adrian, presently serving as a staff sergeant in the Air Force.

In the photo above, Gabriel (at right) is shown with Adrian (at left) and his dad.

l spread his wings soon after graduating from Samuel Clemons High School. He completed basic training at Lackland AFB. He then served overseas in Saudi Arabia and later in Japan, where he was a member of a civil engineering group that built and maintained facilities.

“Because of everything going on in the Middle East after 9/11, we were ordered to stay on base,” he says.

Not everything’s bigger in Texas

In 2003, Gabriel was deployed to the Middle East – Balad Air Base in Iraq – to a logistics unit that helped with operations and transporting supplies from one base to another. Occasionally, he was awakened in the middle of the night by opposing enemy fire. Instinctively, he jumped out of bed and swiftly threw on his gear.

Serving in Iraq presented other challenges, as well. While 100-degree days can seem hot and unbearable in Texas, temperatures there reach 130-140 degrees. “You could dry your uniform and fry eggs on a [military] tank,” said Gabriel. Troops also had to contend with the frequent barrage of sandstorms that completely blocked their visibility, much like the dense fogs that sometimes blanket our area.

And then there were the large camel spiders that were common in the desert region. Gabriel said that although he never had them in his tent, he saw plenty of them racing across the land. On a side note, this writer was curious about the camel spider: A Google search revealed that there are a lots of myths, often gory, about the eight-legged creature. In reality, it’s actually harmless, grows to about five inches and can travel at a speed of up to 10 mph.

Training paves the way for IT career

While on active and reserve duty, Gabriel studied IT communications and computer infrastructure, and also provided IT software/configuration/infrastructure support.

He earned a bachelor’s degree in information systems from UTSA, and joined our Company in 2008. An SAP analyst in Application Maintenance, he provides SAP application support on the customer service side, primarily troubleshooting software issues and performing software updates.

“Of everything I learned during my military career, I think the discipline and analytical-thinking skills are benefiting me the most in this role,” he says.

When he’s not doing IT-related work for our Company, Gabriel turns his full attention to raising his 10-year-old son, Talon. The father and son team are movie and car buffs. They’re generally at car shows, drag races or motor sport events, or at the theater watching the latest releases.

As we prepare to commemorate Veterans Day, we thank Gabriel and all our veterans for their unwavering service to our nation. Happy Veterans Day!

Inspired as a boy, Marine now inspires others

Reservist takes prides in guarding our country and company