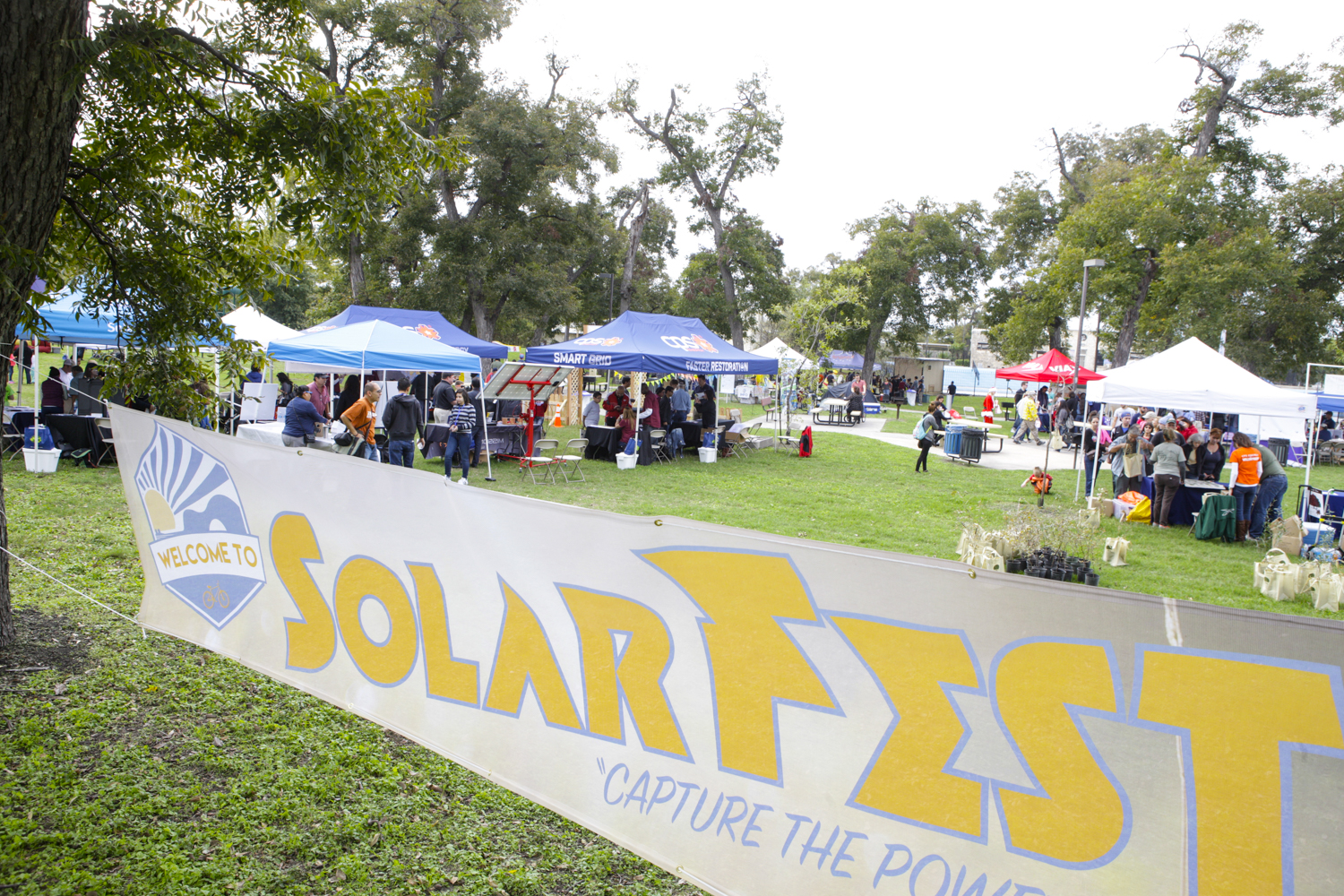 CPS Energy sponsored a wildly successful Solar Fest 2015 last Saturday at Roosevelt Park, giving away 250 free trees until they were all gone.

BSAG reports thousands of folks turned out for the recently rebooted event, which celebrates its 15th year.

Under a tin-roofed pavilion, local experts took turns staging 20-minute talks on a variety of topics.

“This is something that’s really important to our company culture,” said Morales, showing photos of the pieces.

SolarHost allows those with appropriate rooftops to host solar photovoltaic systems, share the benefits of the solar system and earn credits on their energy bill. Pittman added that the response to SolarHost has been overwhelming. More than 4,000 customers have applied for the 850 slots in the pilot program, but that shouldn’t dissuade folks from continuing to apply.

“We’re looking for the best rooftops in CPS Energy’s service territory, so keep submitting your applications,” he said.

Representatives of Clean Energy Collective (CEC), CPS Energy’s partner on a roofless solar program that will offer customers ownership of panels in a community solar farm, also had an enthusiastic community response.

“Roofless solar is the perfect complement to the rooftop program because only about 20 percent of customers are qualified for rooftop, but anyone with a CPS Energy bill can go roofless,” said Phoebe Judge of CEC. “We’ve seen an incredible amount of interest so far, which is exciting for everyone.”

The roofless program is now available for reservations and expected to produce power by spring of 2016.

Another reason to plant a tree: Green Shade Tree Rebates