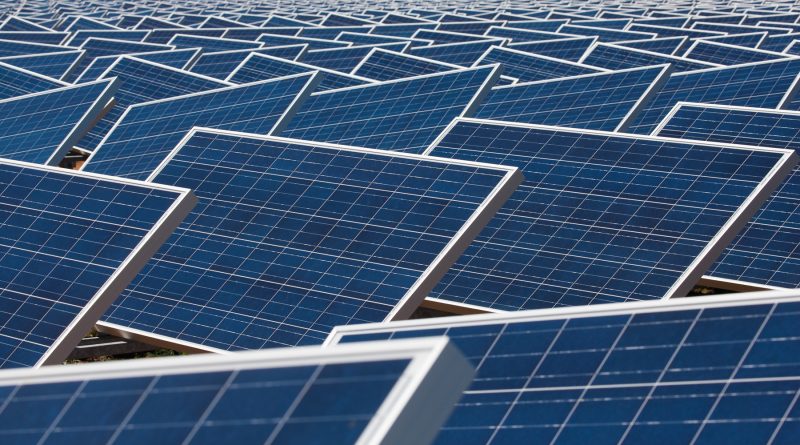 SAN ANTONIO – San Antonio moved up to 5th place nationally for solar energy capacity, according to the seventh edition of an annual report by Environment Texas Research & Policy Center. Shining Cities 2020: The Top U.S. Cities for Solar Energy found that solar capacity in the Alamo City increased 36% last year to a total of 254.47 megawatts (MW) within city limits. San Antonio also maintains its 1st place spot in Texas for solar within city limits and 1st in the South Central region the report has defined. The report also found that CPS Energy ranked 2nd nationally among municipally owned utilities for total solar, owned or contracted. It is the most comprehensive survey available of installed solar capacity in major U.S. cities.

“San Antonio’s leadership on solar has not only provided residents with clean, renewable power, but has also given other cities an excellent example on how to make it happen,” said Luke Metzger, Executive Director of Environment Texas Research and Policy Center. “Despite the current slowdown in solar development due to COVID-19, the remarkable progress of the past year is worth highlighting.”

“San Antonio’s growth in solar energy capacity is a clear demonstration that CPS Energy and our community are moving in the right direction to ensure a sustainable, resilient future. Over the long run, the move toward solar is both environmentally and economically sound,” said Mayor Ron Nirenberg.

“The move in our rankings to 5th in the nation for solar capacity is a testament to the focused and deliberate work CPS Energy is doing along our Flexible Path to add more renewables to our diversified generation portfolio,” said Paula Gold-Williams, President & CEO of CPS Energy. “We think globally and act locally, and this mindset is reflected in our work to add more renewables and new offerings to our customers. We thank our customers for their continued interest and participation in solar energy.”

CPS Energy continues to make significant progress in both utility scale solar and customer participation in solar rebate programs. In late 2019, 5 MW of solar power was energized at the Southwest Research Institute (SwRI). The project, which broke ground in 2018, is the first solar energy and battery storage project for CPS Energy. Customer participation in solar programs also increased in 2019 with a 21% increase in residential solar rebate applications compared to 2018. Increasing customer interest has grown the local solar industry with the number of solar contractors who submitted projects for rebates up 14% in 2019. CPS Energy also teamed up with Go Smart Solar in 2019 to launch Big Sun Community Solar to operate and maintain 5 MW of community-owned solar power. Through this partnership, solar-paneled covered parking spaces are constructed throughout the city and customers can select the number of panels they would like to purchase, with the production from their panels going to reduce their monthly electric bill. This program allows customers who rent or who don’t have optimal rooftops for solar panels to participate in solar generation.

Beyond the findings in San Antonio, the report examined national solar power in major cities over the past seven years. The analysis found that of the 57 cities surveyed in all seven editions of this report, almost 90 percent more than doubled their total installed solar PV capacity between 2013 and 2019.

These numbers show tremendous progress, but the continued implementation of key policies, like those outlined in Environment Texas Research & Policy Center’s Renewables on the Rise report will be critical to keep clean energy growing.

“With the continued growth in solar at risk in the wake of the novel coronavirus pandemic, we must make smart policy choices in this space,” said Metzger. “That means taking steps to build the future we need, by investing in infrastructure that advances a future powered entirely by renewable energy sources.”