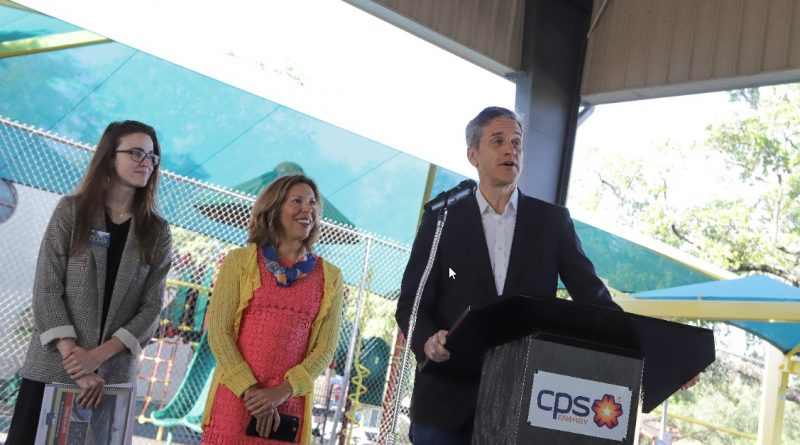 SAN ANTONIO – In 2018 solar energy capacity in San Antonio grew to a combined capacity of 186.9 megawatts and  the Alamo City is now ranked 7th highest in the United States and number 1 in Texas, according to Environment Texas Research and Policy Center’s new report.

“It is important that the entire San Antonio community work together to keep this city we call home a great place to live for generations to come,” said Councilwoman Shirley Gonzales,. “I am beyond proud to be talking about San Antonio’s leadership in clean energy on a national and state level.”

CPS Energy announced an additional $15 million for their solar rebate program in December 2018. Since that announcement the company has continued to see growth in commercial and residential customers applying to participate.

“Each year we harness more and more of the enormous solar energy potential in Texas,” said Emma Pabst, Clean Energy Associate of Environment Texas. “We still have a long way to go, but leaders like San Antonio and CPS Energy are taking the steps necessary to power more homes, schools and businesses with clean energy from the sun.”

The report shows that solar capacity in San Antonio grew from 161 megawatts (MW) in 2017 to 186.9 MW in 2018. The utility says this increase speaks to interest in solar energy by their customers. The pace of solar activity remains strong, and at the end of 2018 CPS Energy reported 13,680 total customer-owned solar systems were installed since launching their solar rebate program in 2007. This represents $129 million in both residential and commercial rebates. Beyond city limits, CPS Energy has a total of 673 MW of solar capacity.

“CPS Energy has an unwavering mission to continue growing its renewable energy portfolio through our Flexible Path,” said Dr. Cris Eugster, Chief Operating Officer for CPS Energy.  “The growth we have experienced in both residential and commercial solar projects shows us how widely solar is being adopted by our community and customers.”

Increasing renewable energy resources is a key component to the utility’s diversified energy generation portfolio. Renewables combined with new innovative technologies are a major driver in the utility’s Flexible Path initiative. This initiative aims to decrease coal and natural gas generation and increase environmentally-friendly renewable generation in the upcoming decades.

Established in 1860, CPS Energy is the nation’s largest public power, natural gas and electric company, providing safe, reliable, and competitively-priced service to 804,000 electric and 343,000 natural gas customers in San Antonio and portions of seven adjoining counties. Our customers’ combined energy bills rank among the lowest of the nation’s 20 largest cities – while generating $7 billion in revenue for the City of San Antonio for more than seven decades. As a trusted and strong Community partner, we continuously focus on job creation, economic development and educational investment. True to our People First philosophy, we are powered by our skilled workforce, whose commitment to the community is demonstrated through our employees’ volunteerism in giving back to our city and programs aimed at bringing value to our customers. CPS Energy is among the top public power wind energy buyers in the nation and number one in Texas for solar generation.