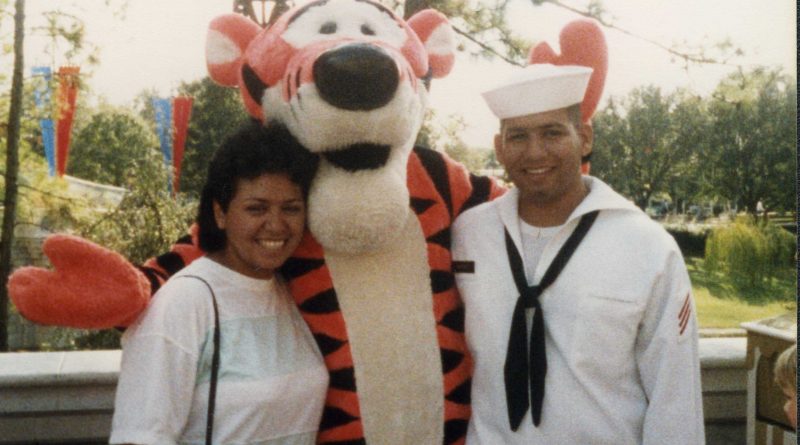 More than 300 military veterans who proudly served our nation are now proudly serving CPS Energy and our customers. Last Friday, we kicked off a weekly series of stories to spotlight a few veterans who’ve transitioned from the Armed Forces and have come to work for us in the energy industry. We continue that series as we shine the light on a former sailor.

When a U.S. postal service associate mentioned that the Navy needed personnel to man reactors and engine rooms for its nuclear power program, John Martinez didn’t waste any time cruising over to the Navy recruiter’s office near his home. There, he sailed through the nuclear field qualifications test and soon it was anchors aweigh for the Sam Houston High School graduate. 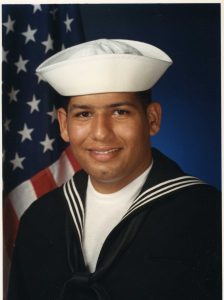 In 1987, John headed east for boot camp, to the Naval Training Center in Orlando, Florida. Upon completing boot camp, he was selected to participate in the Navy’s electrician program.

But before John began the program, he had something pressing he needed to do back home: marry his high school sweetheart, Gladys. The couple wed in October 1988, and the day after exchanging vows, the newlywed was off to Saratoga Springs in upstate New York for training. There, he learned the ins and outs of running an electric power plant, including starting up reactors and turbine generators. He also learned to run main engine throttles, used for maneuvering submarines.

John knew there are only two types of naval craft with reactors, submarines and carriers, and that he’d be assigned to one of these types of vessels after completing the electrician program. A fan of Ice Station Zebra, the 1968 espionage movie that primarily takes place aboard a nuclear attack submarine, John wanted to take to the deep sea in a submarine. His wish came true. 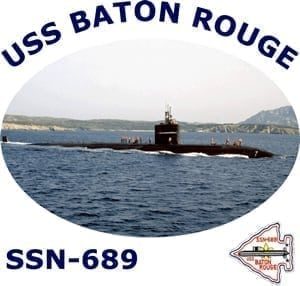 In May 1989, he was stationed in Norfolk, Virginia, and soon after began a six-month voyage aboard the fast-attack submarine USS Baton Rouge SSN-689. This massive vessel measured nearly the length of a football field, was about 30 feet tall and weighed more than 5,700 tons. It carried nearly 100 sailors and a dozen officers.

“When you leave for that long, you’re so out of touch with everything else going on in the world and you have no idea of all the things that have happened,” John said.

Later, he spent nine weeks under seas in the Mediterranean, traveling near Lebanon and Beirut.

John spent long hours in the engine room, generally 80-100 hours each week. “Quality assurance was at the highest level, and reactor safety was always the priority,” he said. “You’d never do anything to violate reactor safety.”

At the end of 1991, he received word of a run to the North Pole. It would be a trip that would make national and international headlines. As those aboard the USS Baton Rouge were gathering intel, their vessel collided with a Russian attack submarine in February 1992. The moderately-damaged U.S. submarine and its crew was able to make its way back to Norfolk, where a wall of media greeted them. That was the last run for the USS Baton Rouge and eventually it was decommissioned due to the high cost of repairs.

John’s next assignment took him to Groton, Connecticut, often referred to as the “Submarine Capital of the World” because of its long-standing history of building submarines and having one of the largest submarine bases in the world. 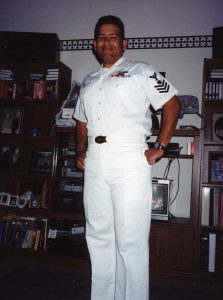 He was part of a crew testing a new ballistic missile submarine, the USS Rhode Island SSBN-740. He spent months aboard this vessel in the Atlantic – from Cocoa Beach to Rhode Island to Kings Bay, Georgia.

The sailor’s military career ran aground in March 1996, when his dad – an Army veteran – announced he had cancer. John came home to be with him and made the decision to separate from the Navy that same month as a Petty Officer First Class.

Since 2015, John has served CPS Energy as a network engineer in our Enterprise Information Technology (EIT) area. Much like the quality assurance he provided in the engine rooms of submarines, John takes great care in helping manage our corporate network, oversee our wireless network and support the security of our various network systems to ensure they remain compliant with North America Electric Reliability Corporation (NERC) standards.

Thank you, John, and all military veterans for your unwavering service to our country and for proudly defending and protecting our nation and our liberties.