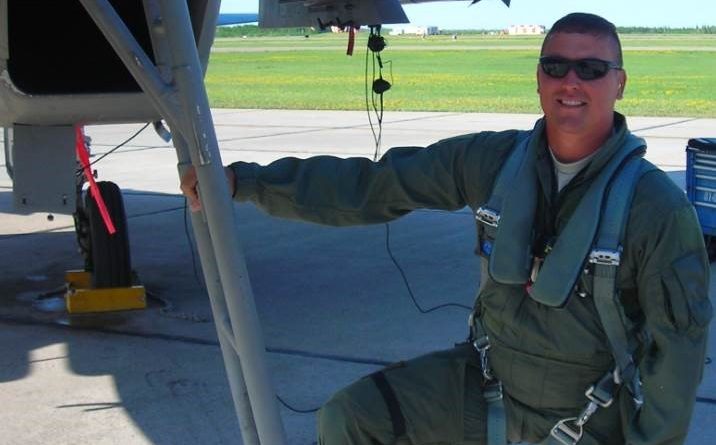 While Veterans Day is about a month away, we are kicking off a weekly series of stories highlighting a few of the more than 300 veterans working at CPS Energy. These veterans, who once defended our great country, now proudly serve our utility, our customers and our community.

Jeff grew up in the close-knit community of New Boston – a small, northeast Texas town near the Texas-Arkansas state lines. While the town prospered and grew with the construction of railways in the late 1800s and military installations in the early decades of the 1900s, New Boston’s economic and population growth spurt eventually waned. Gen Xers and subsequent generations, as well as others, found themselves pulling up their roots and leaving the comforts and familiarity of their small hometown in search of better career opportunities, good-paying jobs and new adventures. Jeff Jordan was among them.

Yearning to travel and do something different, he joined the military in 1994 and landed at Lackland Air Force Base (AFB) in San Antonio for basic training. Jeff had a general idea of the discipline and sacrifices that came with enlisting in the military, having come from a family of veterans: a father who served in the Army; uncles who were enlisted in the Navy and Air Force; and a grandfather who was in the Coast Guard.

Jeff trained to be a flight line mechanic and worked on F-15 fighter jets for nine years. He served at Eglin Air Force Base in Florida, Langley in Virginia and one year at Osan in South Korea. “We conducted wartime exercises every month, including simulating chemical attacks. It was as real as it gets without having the actual stuff there,” he said.

He also belonged to the honor guard, performing military honors for those retiring as well as for those who passed away. At burial services, he solemnly folded and presented the U.S. flag to grieving spouses, parents and children, as he offered his condolences on behalf of our grateful nation.

“It was hard not to get emotionally attached,” he 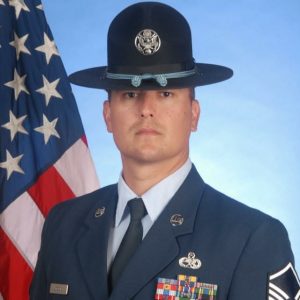 Being in the honor guard helped pave the way for Jeff to become a drill instructor, overseeing recruits and teaching them military discipline and education, physical fitness and weapons training.

He later earned the title of Master Military Training Instructor, or blue rope – something only 10 percent of the Air Force’s nearly 450 instructors accomplish. Jeff refers to the tough requirements of making blue rope as “hell week,” explaining that instructors must pass a rigid series of lectures, drills and exams.

Aside from this feat, the Master Instructor also mastered college courses, earning a bachelor’s degree in occupational education and a master’s in business administration.

By the time he hung up his wings in 2014, Jeff’s military career had gone full circle: he retired as a Master Sergeant from the 321st training squadron, the same squadron he enlisted with 20 years earlier.

“It was tough transitioning out. It’s a big shock like ‘What now?’” he said. With a slight chuckle, he added that he had no sense of fashion when retiring from the armed forces, especially since he had sported the same haircut for two decades and was accustomed to wearing the usual Air Force attire. Jeff says that his own transitional experience is one of the main reasons he supports CPS Energy’s Veterans Connection group – an internal networking and professional development group at the utility – and serves as its president.

Since 2016, the Air Force veteran has been well-grounded in his career at CPS Energy as an Employee Development Analyst for Power Generation and is based out of the Tuttle Training facility. Similar to those F-15s he once ensured were capable of carrying out missions, he provides training support for Power Generation operations and craft workers to ensure our utility’s generating stations are capable of producing power when it’s needed.

In the fairly short time he’s been in the role, he’s helped structure the program to make it more efficient and to make sure those completing the training are more knowledgeable, skilled and engaged.

Whether serving in the Armed Forces or serving our utility, Jeff has made it his mission to “Aim High,” which has led to many successes along the way.

We salute and thank you, Jeff, and all military veterans for your dedication and service to our country.