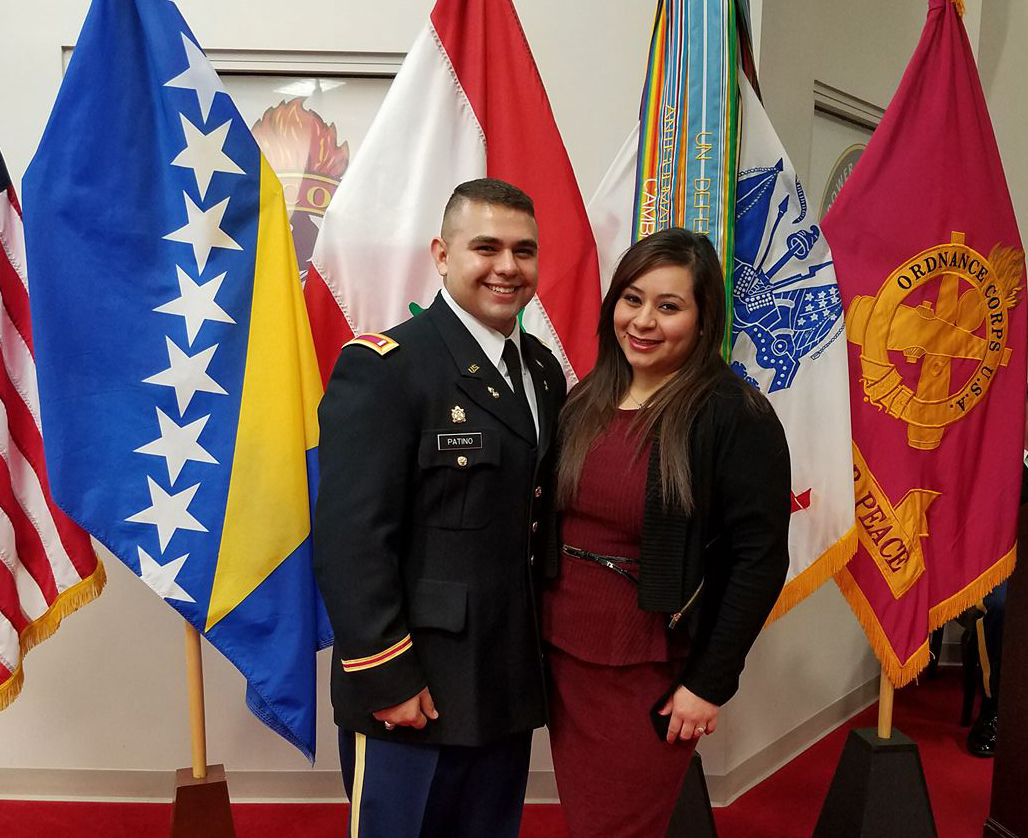 First Lt. George Patino has served in the Texas Army National Guard Reserve unit for the past five years.

“I’ve always wanted to serve my country. To me, it seemed like a no-brainer,” he says as he was getting off his night shift at our downtown Security Operations Center and leaving for home. “Through the reserves, I’ve gained valuable leadership skills that will help me in my career here (at CPS Energy).”

George is fairly new to our Security Operations team and our Company. He joined us in April of this year.  As an asset protection specialist, he helps safeguard our Company’s employees and property, 24/7/365. As a member of our armed forces, he joins his fellow comrades in ensuring round-the-clock protection for our country and each of us. 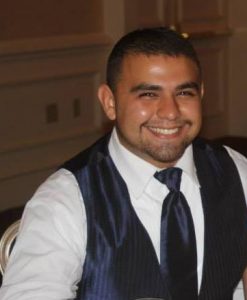 George acknowledges that he’s had some pretty big boots to fill since joining the military in 2012. He is a third-generation veteran: his father, uncle and grandfather all served in the Navy. In addition, he leads soldiers who are sometimes more experienced and twice his age. “Being the youngest yet most senior official means that I have to be at the top of my game at all times. It demands that I give my absolute 100 percent,” says the 25-year-old.

One weekend of each month, George now reports to the San Marcos Armed Forces Reserve Center, where he serves as the logistical officer for the 133rd Field Artillery Battalion FSC (forward support company). He’s trained in and tasked with providing logistical support for combat operations. This includes overseeing combat vehicle maintenance and recovery, and supplies of ammunition and basic necessities like water, food and clothing. He also investigates property losses.

At press time, George was excited to learn of a pending assignment with the 197th Support Company (Airborne) at Camp Bullis, northwest of San Antonio.

When he’s not serving as an asset protection specialist or first lieutenant, the former fitness instructor spends time working out, gaming, shooting and reading. George also likes to try out various restaurants, considering himself to be somewhat of a seasoned food critic. He has a significant other, Elizabeth, and two fur babies, pet dogs Tex and Sissy.

Asked what Veterans Day means to him, the reservist says, “It’s a day to honor those who paid the ultimate price for the right to be a free nation.”

We extend our heartfelt thanks and gratitude to George and all of our veterans for their service to our country.