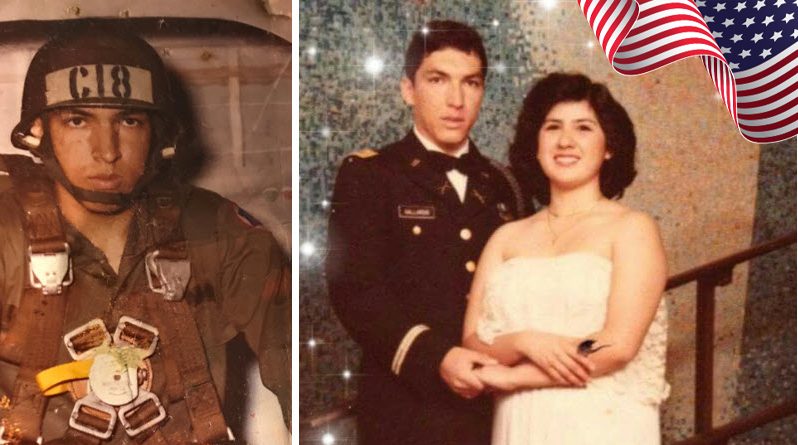 In honoring our company’s military veterans, we’re spotlighting a few of them in a blog series that kicked off last week.

At CPS Energy, we have nearly 300 veterans in our workforce. These dedicated men and women served their country with an unwavering spirit and conviction. Now they’re serving our company and customers across Greater San Antonio – Military City USA! We thank our company’s veterans and all veterans for their service to our nation.

We continue our blog series today, sharing with you this story written by one of our veterans, Rocky Gallardo. Rocky is a supervisor in the Enterprise Facilities & Asset Management Business Operations area.

This is a guest submission written by Rocky Gallardo

In the 30 years I’ve been with CPS Energy, I’ve had many titles and varying duties all while working for the Building Operations team – from supervisor to project manager to purchasing coordinator. At one point, I was even a one-person Facilities Maintenance Center.

While many of my peers are familiar with what I do at CPS Energy, few people know that before joining the utility, I was a young U.S. Army Infantry Lieutenant. I never really had any great military pretensions, such as becoming a general. My only reason for serving in the military was that I felt it was my civic duty as an American to serve my country, just as my father and five uncles had during World War II and the Korean conflict. I served as an Artillery officer in the Missouri National Guard prior to going on active duty, serving a total of eight years, from 1979-1987.

A graduate of the University of Missouri (Mizzou) ROTC program, I kept myself grounded in that Beetle Bailey’s cartoonist, Mort Walker, who also was a Mizzou grad. I was probably more like the cartoon character than General George Patton, but that didn’t mean I didn’t keep the overall mission in mind.

I was stationed in Schweinfurt, West Germany, where I was responsible for a platoon equipped with M2 Bradley fighting vehicles, costing a total of nearly $12.5 million. These tank-like track vehicles were designed for Infantry maneuvering.

While in Germany, my unit guarded the Czechoslovakian border to keep the Warsaw Pact forces at bay during the Cold War. Literally, it was sometimes brutally cold in Germany. For those not familiar with it, the Cold War lasted from around 1945 – 1991 and had nothing to do with weather or temperatures. Simply put, the United States and its allies were in a power struggle against the communist countries, primarily the Soviet Union. Luckily, war never broke out, and we’d wave at Russian and East German troops on the other side of the fence when we’d see them.

There was some tension, however, because of several bombings at U.S. military installations in Germany. Curfews were implemented and school buses had to be escorted by military personnel. On a more personal level, I feared for the safety of my wife, Carolyn, and our two daughters, who were with me in Germany.

While these events were a bit unnerving, attending Airborne school to become a paratrooper presented even greater physical and emotional challenges. To earn your wings, you had to make five successful jumps. I hurt my right foot really bad on the third jump when I landed in a hole. I was fretting the next day when we were scheduled to make two jumps. I taped up my foot real tight that next morning. Although in excruciating pain, I was able to earn my wings with virtually no circulation in that foot. Even today, I still have pain in it.

I never thought that half the things I did in the military would ever be applicable in civilian life, however I learned they parallel in many ways. I even keep a copy of my original Army Officer’s Guide on hand at work. It has lots of great advice on how leaders should conduct themselves when working with others in chains of command, and also in planning and executing projects. It’s been an extremely valuable tool for me on several key projects.

I’ve also been able to use my military training and leadership skills on the football field. I’ve been officiating high school football for the San Antonio Chapter of TASO (Texas Association of Sports Officials) for 20 years. It’s helped me stay in somewhat physical condition and reminds me of my Army days and the rigorous physical training.

While experiences and tools have been important to my military and professional career, total success has come from my family and my CPS Energy teammates. I consider myself fortunate to be where I am today.