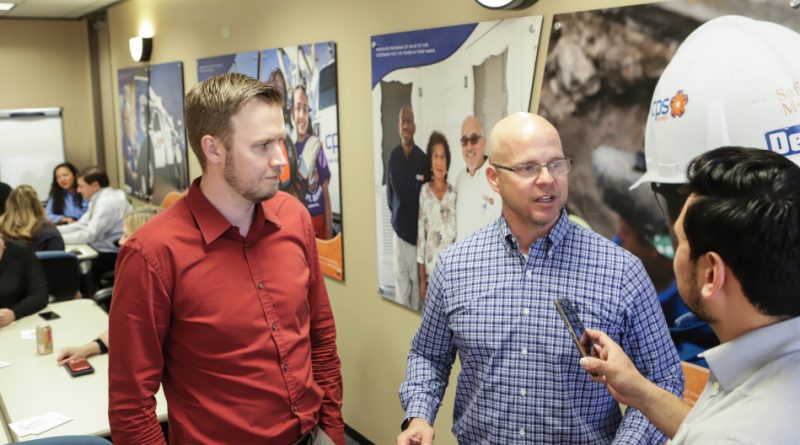 A tough part about joining a new company is getting acclimated with the corporate culture while gaining an understanding of the inner workings of your new organization. New hires to CPS Energy are no stranger to that feeling. With numerous departments serving a variety of facets keeping CPS Energy running like clockwork, it can feel overwhelming. NextGen, an employee resource group that prides itself in empowering the next generation of leaders at CPS Energy, created its mentoring program to support both new and experienced employees. The group hosted a Mentoring Cohort graduation on Jan. 24 to celebrate the program’s success.

The NextGen mentoring program aims to offer members the necessary tools to build strong trusting relationships through consistent support, guidance and mentoring, all while preparing individuals for success in their personal and professional lives. By breaking down barriers and opening communication channels, the program strengthens employee confidence and their knowledge base.

“I started at CPS Energy in May of last year and I joined this organization in June. My intent for joining NextGen was just to get an understanding of how things operate here,” said Jaro Nummikoski, a mentee who serves as Strategic Research and Innovation Manager. “It’s such a vast organization with so many different departments. Working with Brook really helped me to get an understanding of how to reach out and work with these different types of departments and the different people within those organizations.”

Nummikoski (pictured in red in top photo) is referring to his mentor, Brook Bedell (pictured in blue), a Military Strategic Relations Manager who has become quite the expert in guiding individuals to new heights of success. Brook retired after 20 years of service as an officer in the Army and it was his job to mentor, develop and coach young soldiers. Giving unbiased and heartfelt advice is rewarding to him and it was a smooth transition to bring his mentoring experience to NextGen. At the start of the mentoring program, Brook quickly found a way to breakdown a complex project Nummikoski was working on.

Upon first meeting, Brook asked Nummikoski what was on his plate and what was weighing on him at the moment. He immediately discussed a new program roll out that consisted of many facets and different tasks, factors and issues. Encapsulating them all was going to be a challenge.  “We broke those pieces down and I showed him how the military would group them into bigger groups and then those bigger groups become lines of effort. Some move faster than others, some of them you monitor, some of them you must pay close attention to, and he had that aha moment after breaking them down. It made it somewhat manageable,” said Bedell.

The NextGen mentorship program has proven to be extremely helpful in getting new hires up to speed and engaged in the company’s culture.

Thanking NextGen for coordinating the program, Nummikoski concluded, “You’re just involved in everything and you’re getting so much experience. Sometimes it feels like drinking from a fire hose, but it’s worth it.”