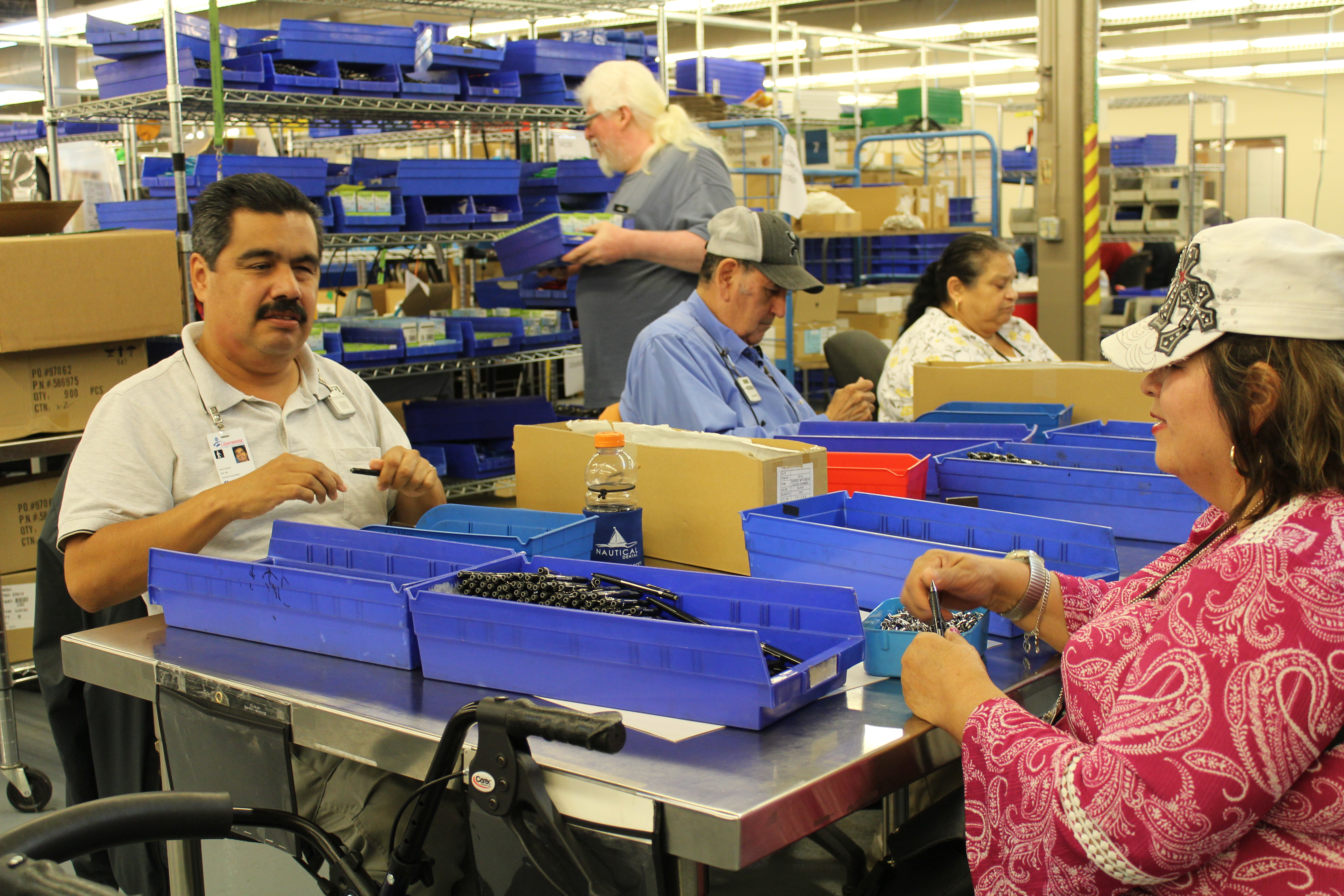 Raul can’t see the office supplies he assembles at work, but it doesn’t prevent him from making quality products. The training and experience he’s gained at San Antonio Lighthouse for the Blind & Vision Impaired have empowered him and fellow team members to assemble thousands of office supplies daily. Raul Gamez, a general assembler with 17 years of experience at San Antonio Lighthouse, has Retinitis Pigmentosa (RP), a rare, genetic disorder. Over the years, he and other family members have been diagnosed with RP, but several of them were able to find good jobs at the local non-profit.

“About three years ago, I paid off a house and it made me feel good to work here and do that,” said Raul. “My grandmother started here in the 60s and she was here until 1987. I had an aunt that worked here in the 80s and I have a couple of cousins that recently started. My family has been affiliated with Lighthouse for more than 50 years.”

San Antonio Lighthouse has been serving people who are blind or vision impaired since 1933. The local non-profit 501(C)(3) small business employs more than 480 employees with nearly half being visually impaired. Along with the rehabilitation services and employment opportunities, Raul says he loves it when local companies strike up business partnerships with his company. He was very pleased to find out that CPS Energy awarded a three-year office supplies contract to his workplace on June 1.

“It’s really a blessing because CPS Energy is local,” said Raul. “It’s great that they’ll be buying our products and supporting us. It will get the word out to more big corporations in the City, or those that want to move here, that these good, quality products are made right here in San Antonio.”

Through a Request for Proposals (RFP) process, it was determined that the San Antonio Lighthouse provided the best value and offered the best solutions to meet CPS Energy’s needs.

Chris Patchett, a Procurement Analyst at CPS Energy who worked on the contract, said the local non-profit stood out as a great choice.

“The San Antonio Lighthouse is the community icon for training and educating the blind and visually impaired, in addition to being a leader in manufacturing and military retail sales,” said Chris. “We look forward to a partnership that will provide continuous benefit to our local community.”

“We make hundreds of thousands of uniforms and chinstraps for helmets, so we’re serving our military every day,” said Mike Gilliam, President & CEO of San Antonio Lighthouse. “And it’s really a way for those who couldn’t serve because they are blind to be able to serve those who do serve.”

Mike said partnerships like CPS Energy’s are invaluable because they help create jobs and valuable services for people who need it most.

“CPS Energy really is giving these people an opportunity,” said Mike. “The unemployment rate for folks who are blind across the country is 60 to 70 percent… An incredible thanks to CPS Energy for having the foresight and the willingness to partner with an organization that really wants to serve them. I think it’s indicative that CPS Energy wants to serve as well.”