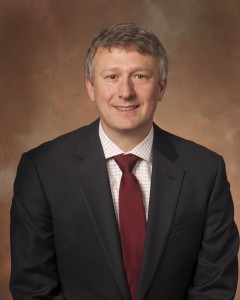 He has served on the GCPA board of directors since 2013, including last year as vice president.

Ögelman has worked more than 15 years in the Texas electricity market, before and after deregulation. At CPS Energy, he manages the utility’s activities at the Electric Reliability Council of Texas and Public Utility Commission of Texas. His responsibilities include analyzing market conditions, formulating energy policies and advising executive management. Prior to joining CPS Energy in 2007, Kenan worked for the Office of Public Utility Counsel as a senior economist.

“Kenan’s wide range of experience and expertise in the energy industry will serve the GCPA well,” said Cris Eugster, executive vice president of generation and strategy at CPS Energy.

The GCPA is a non-profit organization of individuals and corporations mostly in the Texas and Louisiana Gulf Coast region. The GCPA’s mission is to promote an improved understanding of issues and opportunities impacting contemporary power markets through the creation of educational and networking opportunities where members and other industry professionals can learn and exchange information and ideas.

CPS Energy is the nation’s largest municipally owned natural gas and electric company, providing service to 756,000 electric and 334,000 natural gas customers in the Greater San Antonio area. The company offers the lowest rates among the top 10 largest U.S. cities and second lowest among the top 20, while ranking number one in wind-energy capacity among municipally owned energy systems and number one in Texas for solar generation. For more information, visit newsroomp.cpsenergy.com.