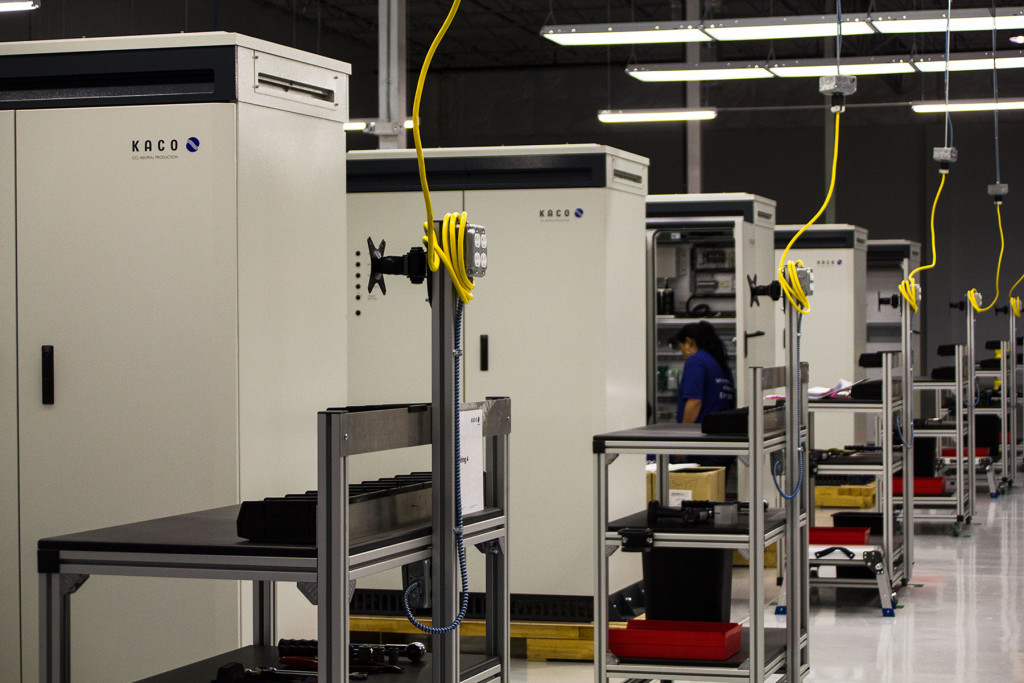 KACO new energy, a global solar inverter manufacturer, has expanded its presence in San Antonio, according to a story on the San Antonio Business Journal’s website.

The company moved its western hemisphere headquarters from California to San Antonio in 2013, one of CPS Energy’s New Energy Economy partners. It provides inverters to the solar farms being built by OCI Solar Power for CPS Energy.

In late January, according to the Business Journal:

(T)he company expanded into a neighboring warehouse where it has created an assembly line to place transformers on custom steel skids to make integrated power systems for its utility customers.

A single shift of full-time employees working 10-hour increments some four days a week currently handle all of the company’s work orders for the United States, Canada and Latin America.

For sale: residential solar inverters made in San Antonio