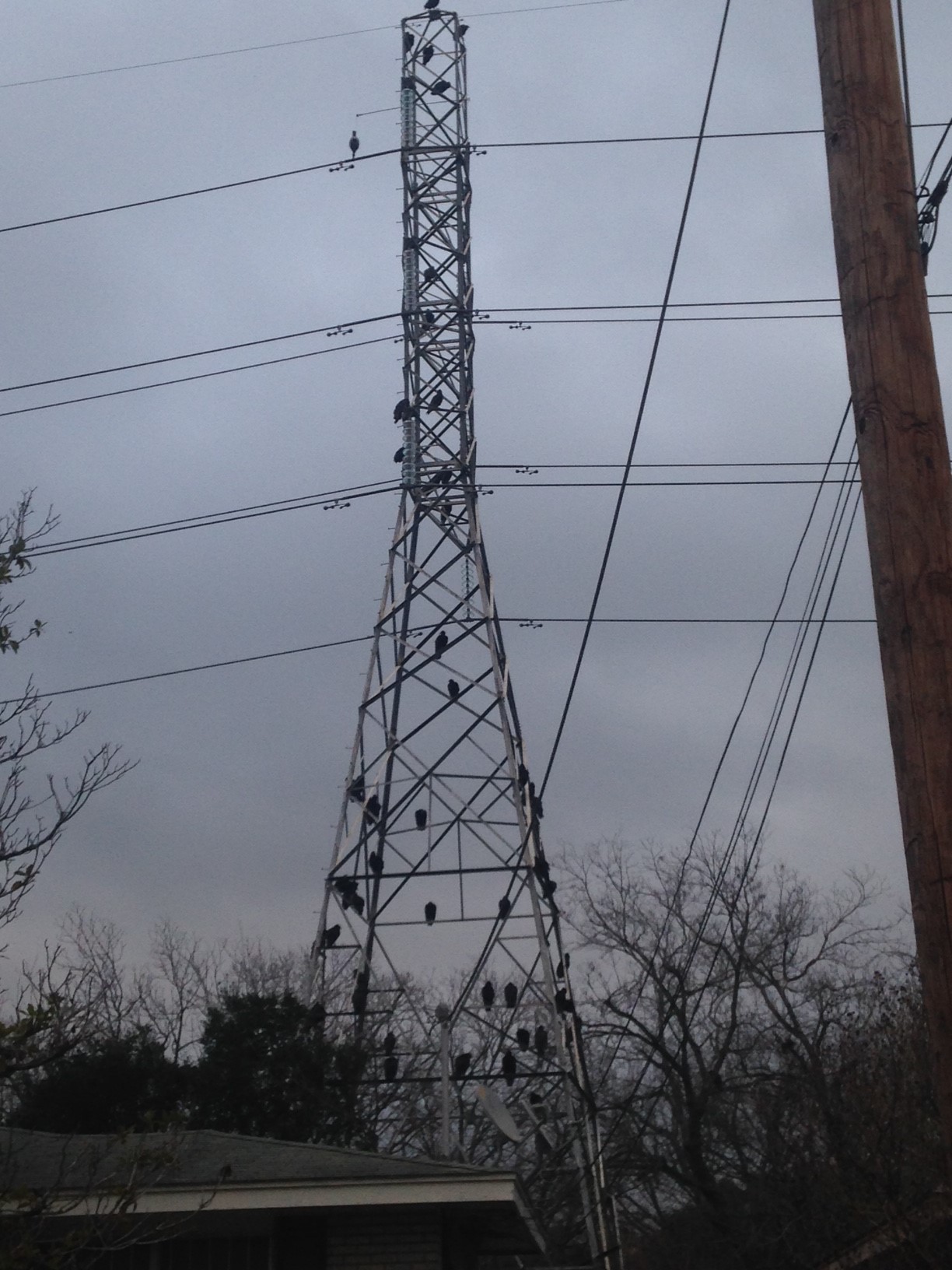 In a joint effort, CPS Energy is working with the U.S. Department of Agriculture and Joint Base San Antonio (JBSA)-Randolph to get vultures off the transmission towers near the installation’s approach and departure flight corridors.

Vultures roosting on utility towers near the corridors have created a risk for aircraft arrivals and departures. At the recommendation of the USDA, CPS Energy placed effigies on the towers this week to discourage roosting and reduce the risk of injuries to pilots, hazards to the community and damages to aircraft. The effigies are an artificial likeness of the bird hung in an unnatural position.

“Reducing the number of large birds that roost on the towers directly under our flight path will increase our margin of safety for the 212,000 annual flight operations at JBSA-Randolph as well as the surrounding communities,” said Col. Jodi Perkins, 12th Flying Training Wing (FTW) vice commander. “We were able to use a creative partnership between Joint Base San Antonio and CPS Energy to identify and take action on issues of shared interests.”

The 12 FTW has more aircraft taking off and landing than any other airfield in the Air Force. Bird strikes have been known to cause injury to pilots, damage to military aircraft and, in some cases, have caused major accidents. In an effort to reduce the hazard, the 12 FTW has developed a robust bird hazard reduction program detailed in a video on its Facebook page at http://on.fb.me/1DZOtGT.

“Research shows the effigies can help disperse the birds. So, we’re working with our partners for the most effective solution that will lower the risk of a military aviation incident while managing a species that’s part of our environment,” said Kim Stoker, CPS Energy’s director of Environmental Planning and Compliance.

More information about vultures and efforts to reduce damages caused by the migratory birds is available through the USDA.