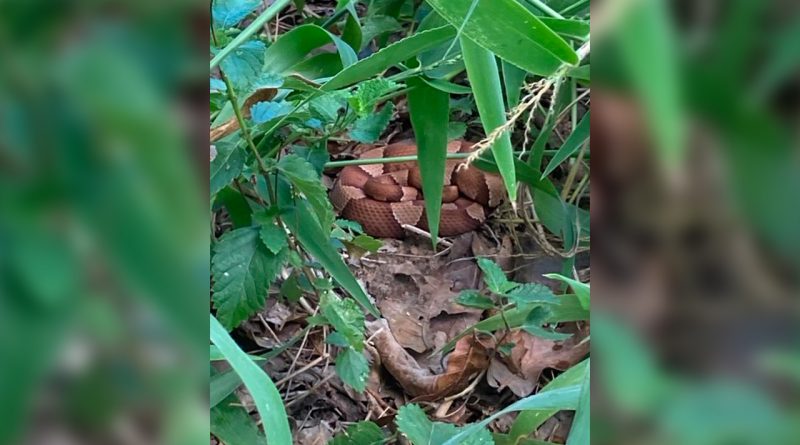 Recently, Journeyman Meterman John Luna and Apprentice Meterman Matthew Macias were testing and inspecting an electric meter here in San Antonio. While walking through some tall grass to get to the meter loop, John was looking down to ensure there were no hazards in his path when he stepped over something that looked like a snake. He immediately alerted Matthew, who was following, to step to the side.

After taking a closer look, the pair determined it was a coiled-up copperhead, one of the four common types of venomous snakes in our area. Fortunately, neither employee was bitten.

Not everyone works outdoors like many CPS Energy employees, but this incident serves as a good reminder for all of us to:

KSAT, a local television station, recently reported this is the time of year for snake sightings to “drastically increase” in our area.

YOU MAY ALSO LIKE: Safety and energy-saving tips for hot weather

It may be easy to dismiss these warnings because “that’s just the way it is in Texas.” Being bitten by a snake, however, can be a life-threatening experience and something we should all avoid. Here are some facts to remember both on the job and at home:

CPS Energy talks to its employees every day about safety on the job, including snakes, but everyone should be aware of the risks and stay vigilant. The size of the snake should not matter. If you aren’t absolutely certain of the species, stay away … maybe stay away even if you do recognize it. This kind of safety is what keeps our employees like John and Matthew on the job, serving our customers. You can practice snake safety, too.