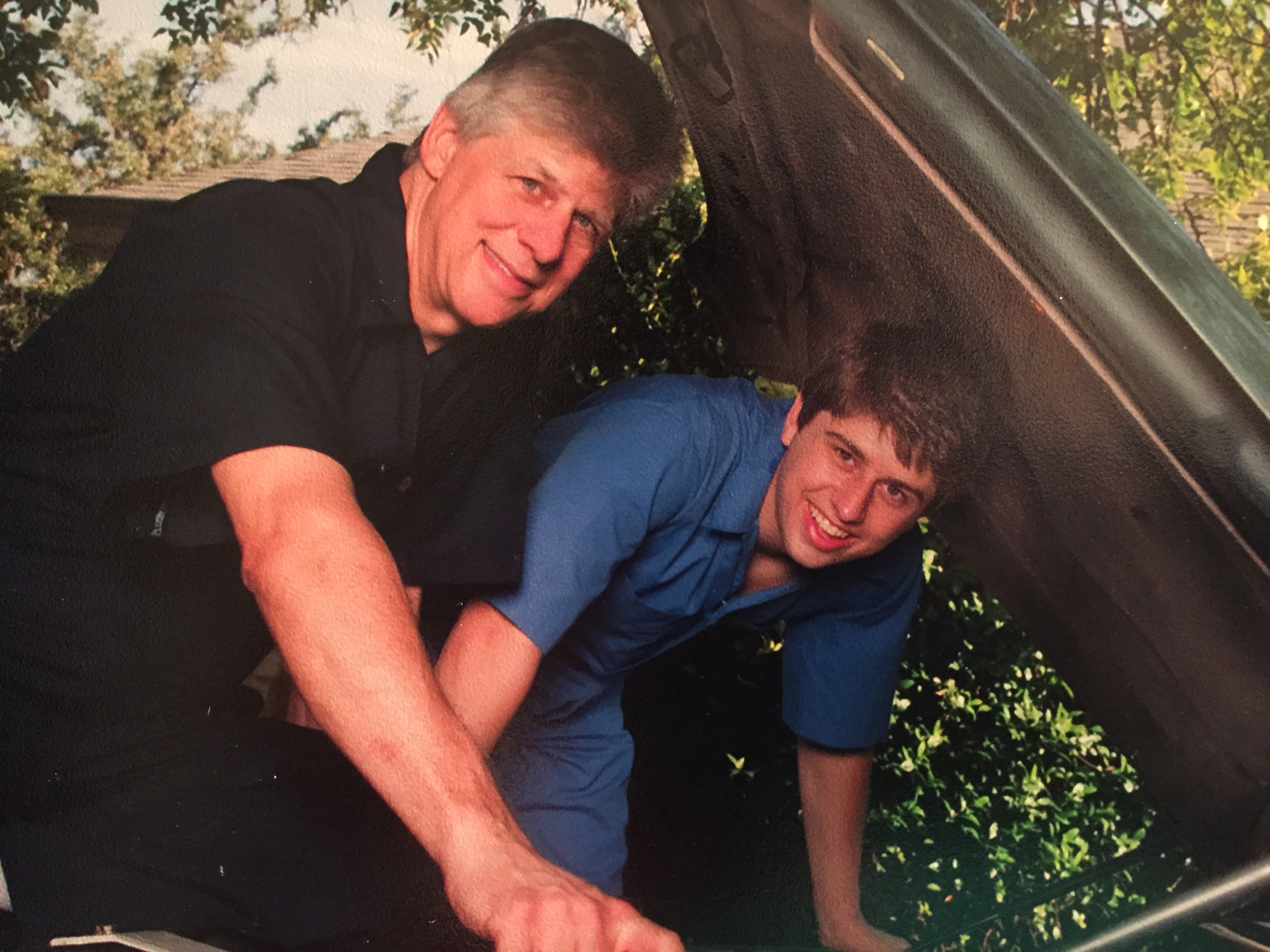 Grateful sons like Michael will be honoring their dads this weekend for Father’s Day. Michael Saulnier, one of our summer interns, says his dad inspired him to pursue a career in electrical engineering. Throughout childhood, Michael learned a lot about electricity from his dad, Steven, a senior antenna engineer at Southwest Research Institute. Together, they spent weekends in the driveway working on cars and dirt bikes. Michael gained technical skills and learned how to problem solve during home electrical wiring projects.

“He taught me not to be afraid of getting dirty and messing things up while trying to fix them,” said Michael, an intern in our Student Assistance For Education (SAFE) program. “When it came to deciding on a college, he encouraged me to set my goals high and apply for a good engineering school. He said he would support me wherever I decided to go.”

Michael chose to study electrical engineering at Texas A&M. He’s offsetting the financial burdens of college and getting corporate experience through SAFE – a paid summer internship that also provides a $5,000 scholarship. Since 2014, he’s been spending his summers learning from some of CPS Energy’s brightest engineers. It’s through our team members that Michael’s discovering what it means to put People First.

“I was nervous because I had never worked in a corporate environment,” he said. “I wasn’t sure what to expect, but everyone treated me like family. Employees cared about helping me learn.”

During his first summer, he worked with our Grid Support team, which was preparing to launch our Smart Grid Initiative. The four-year project is bringing a major upgrade to our electrical grid to keep pace with the technology demands of our community. Michael developed technical skills while learning how to test meters. The expansive project gave him a golden opportunity to network with employees in various departments.

“We worked with billing representatives, engineers, project managers, and consultants,” he said. “I got a chance to meet a lot of employees from different parts of the company.”

The Transmission Planning team recruited him for the next two summers. One of his favorite projects was analyzing areas of the community that needed substations and transmission lines. This summer, he switched roles again to work with our Legal Services team to learn about regulations that impact CPS Energy. Michael is one of 60 summer interns that have been paired with mentors in more than a dozen departments throughout our company this year.

“I’ve really enjoyed the flexibility to work in different parts of the company,” he said. “Most internships wouldn’t let me move around like that. At CPS Energy, the opportunities are vast and the work here is meaningful. I’d really like to end up working here someday.”

Sounds like Michael learned well from his dad. Happy Father’s Day to all the dads out there!