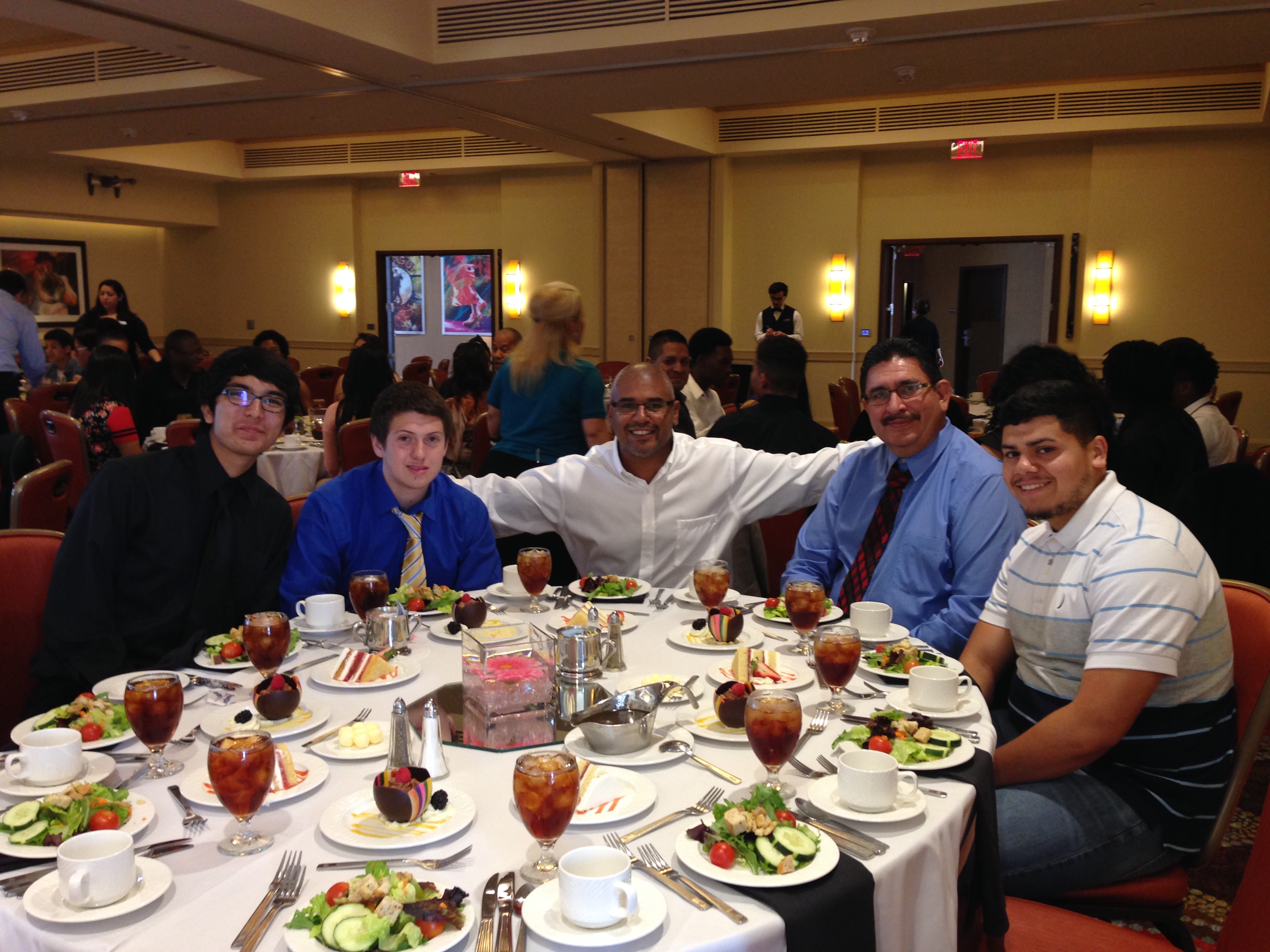 Edison High School Senior Dominic Carrasco will walk the stage at graduation on Saturday with plans to be the first person in his family to go to college. Carrasco didn’t always have such aspirations, but his involvement in Communities in Schools San Antonio (CIS-SA) and our Inspire U mentoring program encouraged him to take the next steps to pursue higher education.

“I used to be very shy, but I learned to come out of my shell,” Carrasco said. “I didn’t have a father figure growing up, so meeting other guys that cared for me really made a difference. My mentor, Mike, gave me great advice and told me I could do whatever I wanted to do.”

Mike Malone, a CPS Energy manager of environmental and sustainability services, invested time out of his busy schedule to mentor Carrasco through Inspire U, a one-on-one mentoring program that pairs at-risk students with employees from local participating businesses.

“I’m very proud of Dominic,” Malone said. “It’s satisfying to know that I’ve played a part in helping him succeed. It’s been a worthwhile experience helping him build a foundation for life.”

Carrasco is one of 27 students – all of whom graduate this spring – to be paired with a CPS Energy mentor during the 2014-15 school year.

“We are proud to have a 100 percent graduation rate of our seniors,” said Lori Johnson, CPS Energy’s director of Corporate Responsibility. “Some of these students have been in the program since they were freshmen. It’s a true honor to be part of their journey and help provide them the tools and encouragement to succeed personally, academically, and professionally.”

Our Corporate Responsibility team works with Communities in Schools – San Antonio (CIS-SA) to pair employees with students from Edison, Kennedy, Sam Houston and South San high schools. Inspire U mentors meet with students at monthly meetings and at their schools at least once a month to encourage them to graduate and pursue higher education.

Malone has volunteered as a mentor since the program’s inception in 2008. Dominic is the third student to graduate under his mentorship. Malone encouraged Dominic to find out what he wanted to do in life and work hard at it. With Malone’s motivation and support, Dominic not only boosted his grades but made plans to pursue a career as a high school teacher.

“Dominic just needed someone to care and believe in him,” Malone said. “I was blessed to have parents who encouraged me, so I really wanted to give back. Many of the kids in the program don’t have people in their lives to encourage them.”

Along with the typical pressures of high school, at-risk students face poverty, abuse, broken families and other circumstances that pose as major obstacles to graduation.
Ilsa Garcia, volunteer manager of CIS-SA, believes it’s vital for these students to have good role models that aren’t just focused on their academic performance.

“It’s important for them to have a role model cheering them on while providing positive guidance and support without being focused on the academic piece,” said Garcia. “Mentors give time and talent to help mold a young student to see value in education and believe in themselves. The time and value CPS Energy is giving is priceless. Lives are being changed – one student at a time.”

At the end of year celebration at the Hilton Palacio Del Rio, mentors, parents and CIS-SA coordinators cheered on the students for completing another successful year. The group shared smiles and shed some tears as the graduates said their goodbyes. But those in the program weren’t the only ones moved by the inspirational scene. The catering staff of the hotel got teary eyed and shared their own encouraging words for mentors.

“While listening to the students share their stories, I realized how big of an impact your program has on their lives,” Catering Manager Amaris Graciamaria said.” “They are the future, but you are their foundation. Please keep up the amazing work!”