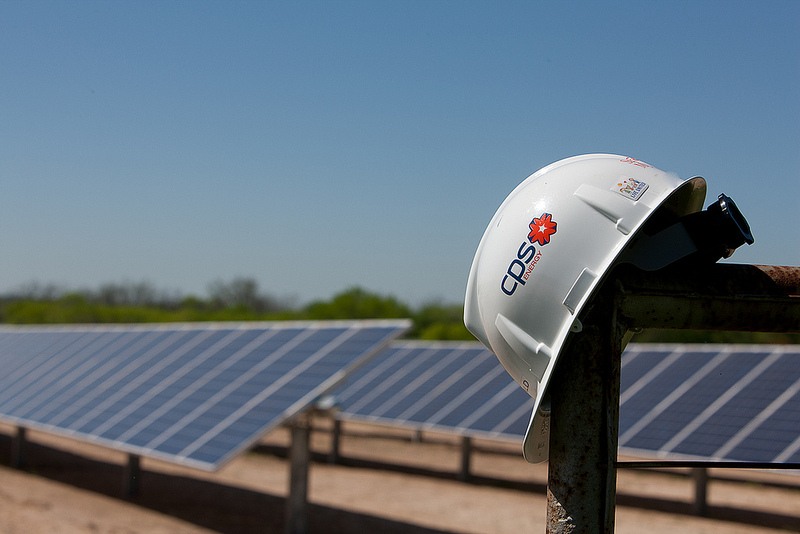 And how have we done that? By linking job creation with our commitment to clean energy, our latest solar farm, Alamo 3, boasts locally made components — and that means local jobs, writes Kristine Wong:

“All the components of those solar farms would have to be built here in San Antonio,” said Executive Vice President and Chief Generation and Strategy Officer Cris Eugster, who added that, to his knowledge, it’s the only such program set up by a U.S. utility.

And the impact on local job and economic investments? Over 2,600 jobs — both direct and indirect — have been generated in the area since 2011, according to a September report (PDF) from St. Mary’s University in San Antonio. Five hundred of those jobs, which were directly created from the initiative, represent a combined salary of $26 million, the analysis found. In total, the report estimates that the utility’s partnerships with these clean energy companies have injected $808 million to the local economy.

Check out the entire story.