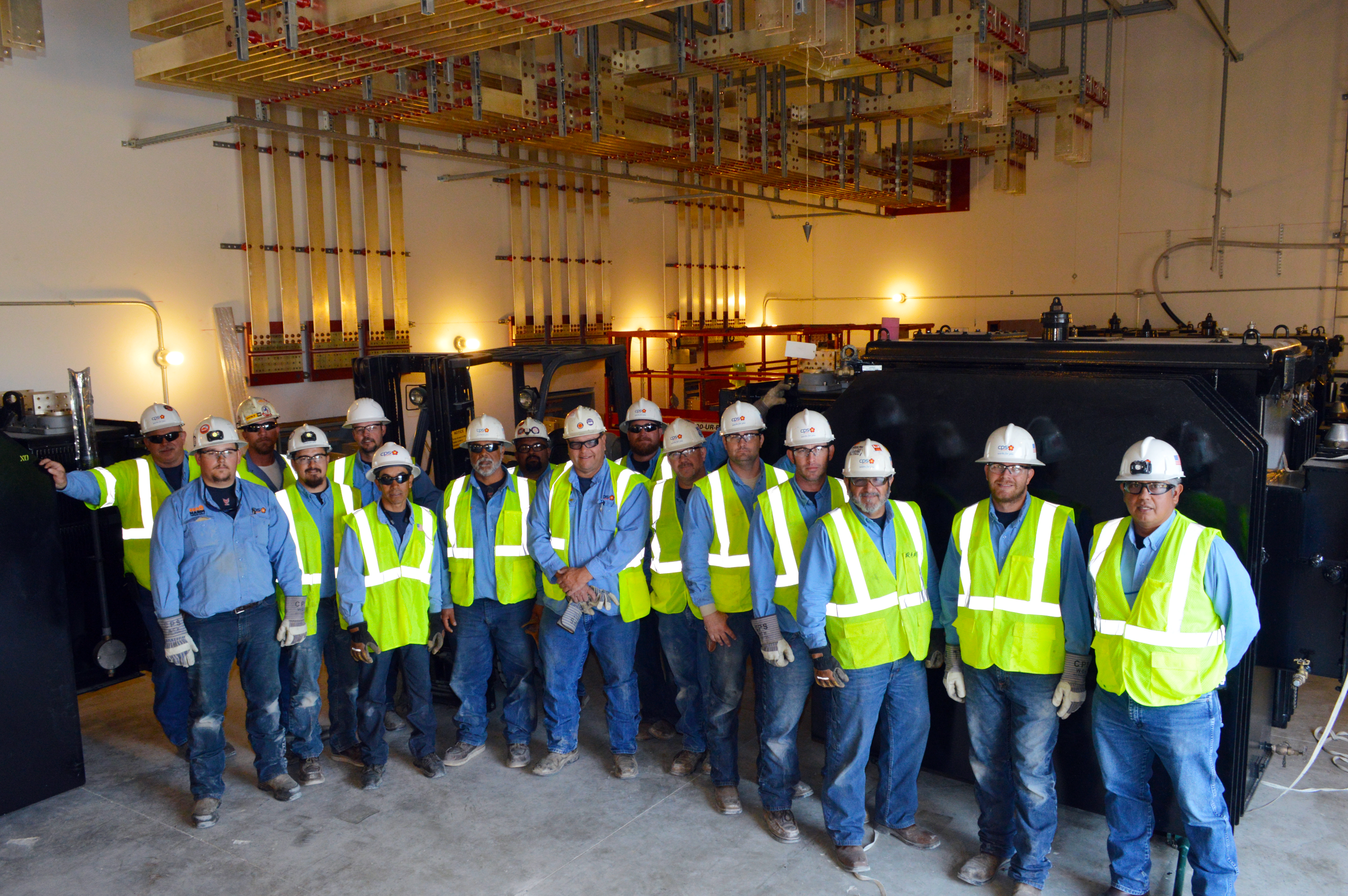 Few will see the end product of their work, but it will power the dreams of many of our customers for years to come. Beneath the construction site of the Frost Tower, CPS Energy crews installed six 13-ton transformers that will energize Frost Bank’s new headquarters. With reliable, affordable power flowing through the 23-story building, Frost will help make lives better for more business owners and families.

Dozens of CPS Energy employees from various departments have been working together to make these hopes a reality. Our Integrated Underground, Construction & Maintenance team has worked closely with various teams throughout the company on the 14-week project. Prior to installing the transformers, a crew had to custom build the tower’s collector bus, which contains a series of conductors that deliver electricity from the transformers.

“We had to build the bus from scratch,” said Jon. “Cable splicers spent several weeks bending, punching and assembling the bus in our shop before installing it in the vault at Frost.”

Once the collector bus was in place, our crews moved and installed the 2,500 KvA (kilovolt ampere) transformers. Employees used a 140-foot crane to safely move the 27,000-pound transformers into the underground vault. Crews carefully placed the transformers on devices called skates to roll them into position. Once in place, cable splicers connected the transformers and network protectors to the bus. Crews will continue working over the next few weeks to complete the project.

The 460,000 square-foot office building is the first new office tower to be built in downtown San Antonio since the Weston Centre in 1989. Local developer Weston Urban broke ground on the new Frost building in March 2017 and is expected to complete construction in about two years. The tower will forever change the skyline in San Antonio. For such a high profile project, our team members are glad to do their part to make sure our customers are well-served.

“We have a great team of highly skilled workers who love what they do,” said Patrick Treviño, Director of Integrated Underground, Construction & Maintenance. “These master craftsmen dedicate all their time and energy to making sure our customers have reliable power.”

Hittin’ the road in a cleaner, greener fleet

Unleashing innovation to stay on the fast track