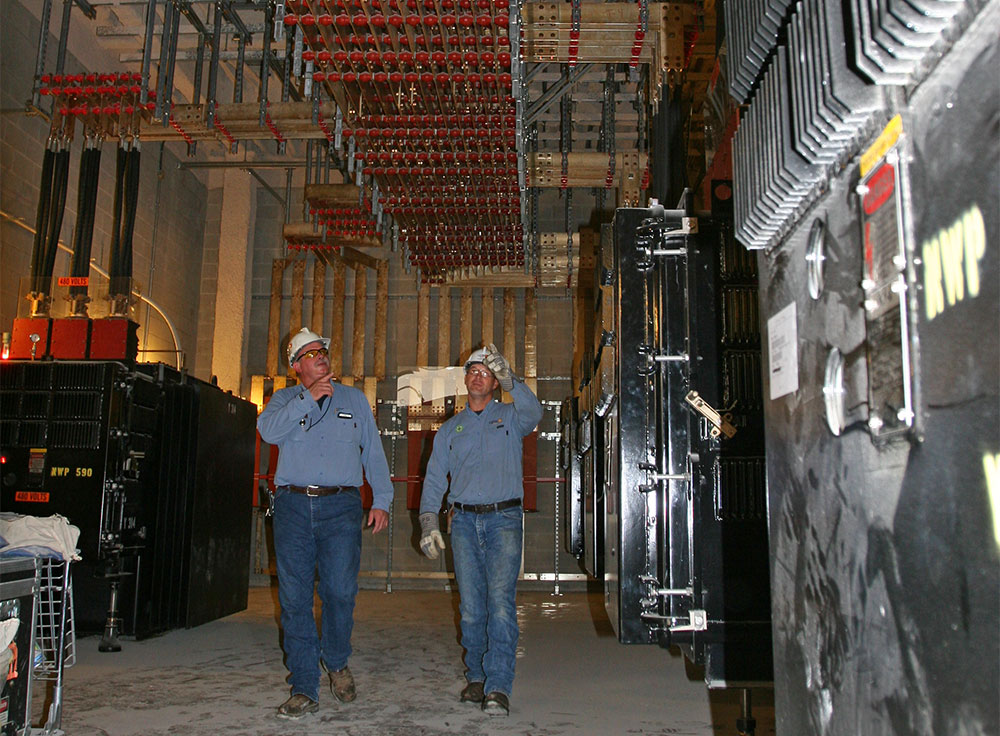 How will the lights come on for the soon-to-be expanded Henry B. Gonzalez Convention Center? With more than two miles of electric cable and over a dozen 24,000-pound electric transformers. Nearly every inch and pound of that equipment was hand-crafted, lifted and placed by our underground construction crews. Even better, the unique power project was completed on time and under budget.

The downtown convention center is undergoing a $325 million transformation to help meet the needs of San Antonio’s growing visitor industry. The facility will expand to 1.5 million square feet and include a variety of modern convention amenities. CPS Energy recently installed three brand new, custom electric vaults to meet the center’s needs. It was no small task. Similar vaults, especially in our downtown network, are often built underground. To save valuable exhibit space, one of the new vaults had to be elevated and built three stories off the ground.

The transformers inside these vaults are used to take a high volume of electric power from the outside and step it down to a usable voltage for commercial needs. That power is then sent over thousands of feet of coated copper cable. That cable is carried from the vault into the convention center by a sophisticated copper “bus” that required old-fashioned, hand craftsmanship versus modern technology to complete the job.

Over the course of just 11 months, as many as 60 dedicated professionals took their turn at cutting, splicing, bending and mounting every piece and part needed to complete the project. The vaults are already energized and providing the limited amount of power needed for the current project. Power will be ramped up in early 2016 when the expanded center is set to open to visitors and support San Antonio’s $13 billion hospitality industry.