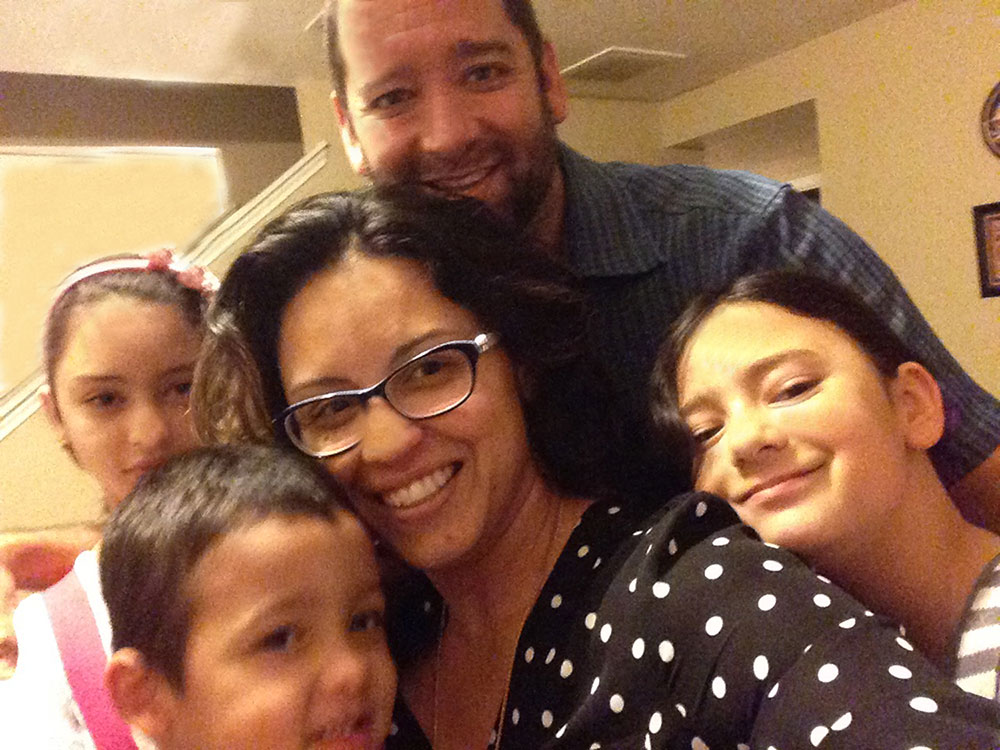 Today, office desks are blooming with bouquets of red roses. It’s Valentine’s Day (hope you didn’t forget) – that special day when folks are consumed with finding the right greeting card and the perfect gift for the love of their life. A few years ago, I gave my husband a rather unconventional gift that still brings him, actually both of us, to tears. You see, today also marks National Organ Donor Day, which makes the day even more special for us.

When David and I married in July 2005, we both enjoyed good health and seemed to be “living the American dream.” We became parents of two adorable daughters. But just three short years later, our dream began to quickly fade.

David showed signs of sleep apnea and one night stopped breathing for more than 30 seconds. He underwent blood tests and an overnight sleep study. The tests revealed he suffered from Berger’s Disease, or IgA nephropathy. The name, let alone the prognosis, sounded scary. Berger’s, a type of kidney disease, can lead to blood and protein in the urine, high blood pressure and even kidney failure.

A specialist suggested we modify David’s diet to slow the disease, so we both made dietary changes to lower our blood pressure and cholesterol levels.

Despite these efforts, follow-up tests in September showed David’s kidney functionality had diminished to less than 5 percent! He was added to the top of the kidney transplant list.

Weeks passed and a donor hadn’t been found, so we began exploring the option of a living donor.

In December, several family members underwent testing to see if they could give David a kidney. None met the requirements. Then I went for testing. After more than a month of tests, evaluations and counseling, we were informed in early 2009 that my kidney was a match.

Like other loving couples, David and I shared Valentine’s Day together that year. My real gift to David came four days later – on Feb. 18 when we were admitted to the Texas Transplant Institute here in San Antonio and prepped for surgery. Each of our procedures lasted about four hours, and we spent four days in recovery.

The kidney transplant was a success, and since then we’ve since welcomed a son and last year celebrated our 11th wedding anniversary. David and I continue to lead productive lives and look forward to many more Valentine’s Days together!

Register to be an organ donor through your mobile device!

This Valentine’s Day, give the gift of life by being on organ donor – it’s free and simple. Use your iPhone’s Health app to directly register with the National Donate Life Registry and sign up as an organ, eye and tissue donor. You can also register online and find more information at organdonor.gov. Nearly 120,000 people, including 2,000 children, are waiting for an organ.