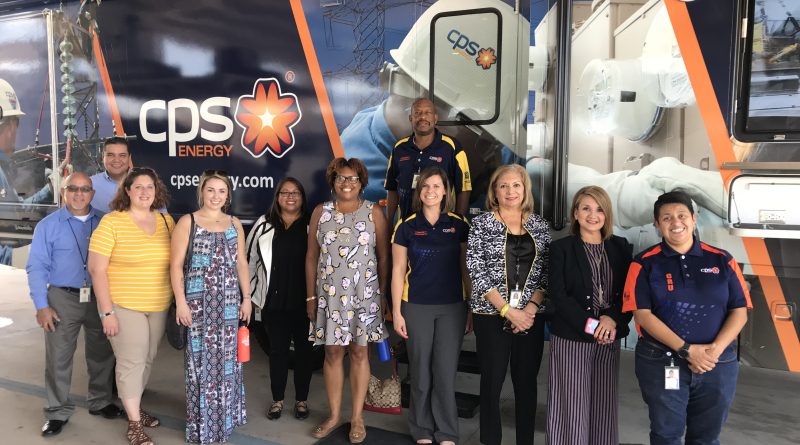 If you’re a CPS Energy customer, you’re probably familiar with a lot of our community programs, such as Casa Verde. But did you know that some of these programs are now being implemented in Tacoma, Washington?

Thanks to Director of Community Programs Jesse Hernandez and his team, CPS Energy’s customer service efforts are going national, all because of an impressive presentation he gave at the CS Week conference in April. Hollie Coates-Seamster, Customer Service Supervisor at Tacoma Public Utilities, was in the audience that day and immediately wanted to learn more about the programs Jesse was talking about.

“For me, it was all about the way he laid out how his team was trying to assist their customers,” Hollie said. “It was what we had been talking about for awhile but didn’t quite know how to do it.”

So Hollie and two of her colleagues traveled to San Antonio to meet up with Jesse and his team on June 27th. They talked about customer programs and outreach, got the ins and outs of the customer call center and toured the Mobile Support Center. Throughout the day, Hollie and her teammates were inspired with ideas for their own utility back in Tacoma.

“We’ve started going out into the community and attending events,” Hollie said. “We’ve made connections with other agencies who didn’t necessarily know what we were able to do to help customers. It’s all about being more proactive and going out to customers instead of waiting for them to come to us.”

Jesse and his team were happy to share their knowledge with another public utility.

“Being able to showcase our team’s good work in the community and have someone else take it across the country is a good feeling,” Jesse said. “It helps the industry. It helps us make sure we are taking care of our customers and we always like to share ideas and see how we can improve.”

As part of National Customer Service Week, CPS Energy is dedicated to serving not only its customers in the San Antonio area but also other utilities as they provide clean and safe energy for everyone across the nation.

“Customer service is an everyday vision at CPS Energy,” Hollie said. “That’s what I got from coming down to visit San Antonio, and that’s been the biggest change in our mindset.”