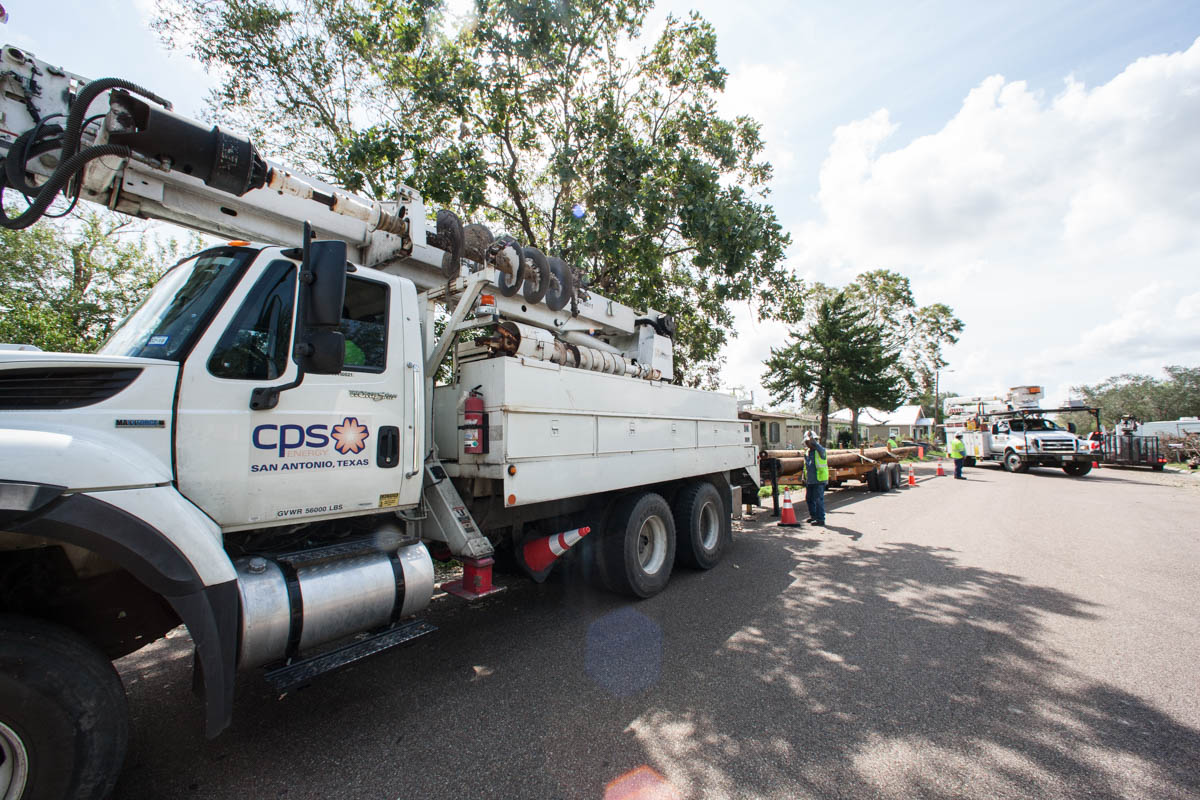 In the midst of destruction and despair brought by Hurricane Harvey, perhaps the most powerful and memorable images from the storm have been of people helping and supporting each other.

This spirit of Texans helping Texans and in the philosophy of People First, we sent a team of 53 employees to communities near the Texas coast on a mission to help restore power to victims of Hurricane Harvey. Crews unselfishly traveled to Schulenburg on August 30. They later were deployed to Victoria then Bloomington and thankfully,10 days later returned home safely to their families. 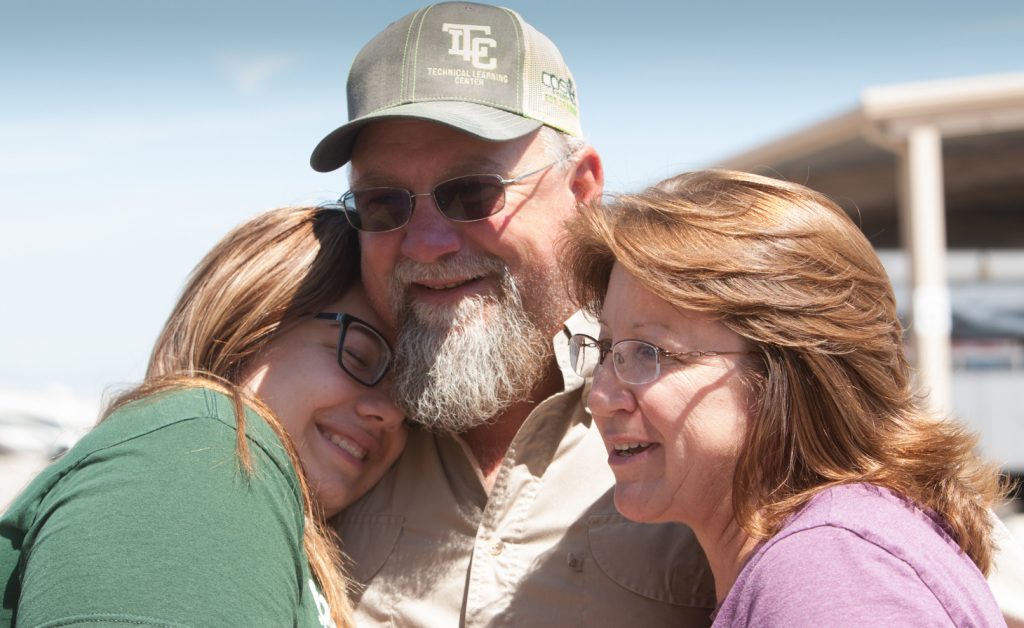 “It’s awesome to be back home here in San Antonio,” said Distribution Journeyman and 25-year utility crew veteran Will Schneider, as his wife and daughter embraced him tightly. “It was a very humbling experience.  It hit close to home because we’re working in our local backyard.”

Schneider’s wife and daughter were happy to greet him when he arrived back at our Eastside Service District.

“It’s great. It’s very touching,” says Hope Schneider, Will’s wife. “We’ll get him a good meal and a cup of sweet tea and he’ll be a happy camper.”

Despite the 15-hour days of work, often amid heat, mud and mosquitos, the crew said they were happy to be able to help their neighbors in need. When they arrived, roofs were blown off houses, trees were down and water was still over roads.

Crews repaired lines, replaced poles and transformers, and trimmed trees to not only restore power but help restore order to the storm-ravaged communities.

“Overall, we restored power to over 3,000 Texans and repaired miles of distribution lines,” says Richard Lujan, director of Northwest Service District. “Our team’s work ethic, skill, efficiency and productivity stood out among our sister utilities and contractors. We were recognized by American Electric Power for our performance throughout the duration of our stay.”

For Relief Foreman and 27-year utility crew veteran Freddie Green, the decision to answer the call for help was easy and driven by his spirituality.

All agreed, it’s good to be home.

“I’m going to go home and hug my kids and my wife and my grandbabies,” says Green. “I’m gonna get in my La-Z-boy chair and be me.”

Our crews have jumped into action to assist in other parts of the U.S. many times before including helping with restoration efforts following hurricanes Rita, Katrina, Ike, Gustav, Dolly and Sandy just to name a few. Many of our employees have made multiple trips to storm stricken areas, sometimes spending weeks away from home and loved ones.

This particular mission was in response to a call for support by American Electric Power Texas and the Texas Mutual Assistance Group after Hurricane Harvey made landfall in south Texas as a Category 4 hurricane before heading to Houston leaving thousands of Texans without power.

Additionally, a team of information technology specialists from CPS Energy is part of a joint task force helping Rockport and Aransas County re-establish government operations. The team, with the City of San Antonio, SAWS and VIA, are setting up computers and a network for officials in the area so citizens can reconnect to their government.