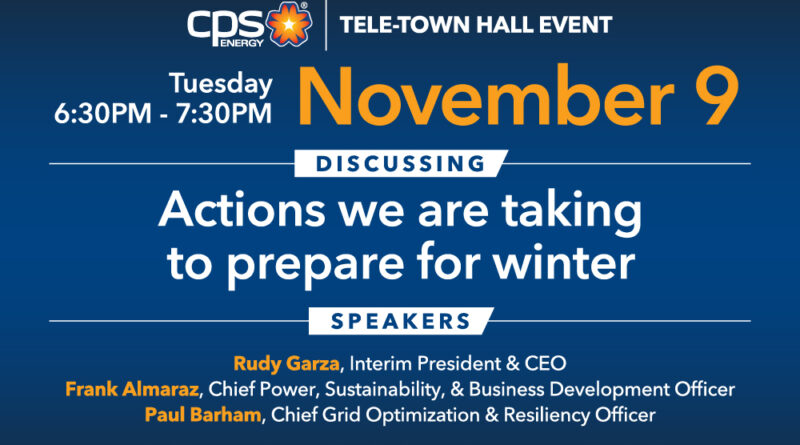 Since February’s winter storm, CPS Energy has taken steps to prepare its power plants for freezing weather, improve its system that manages customer outages and enhance communications. The actions incorporate both proactive steps and efforts as a result of feedback from the City of San Antonio’s Committee on Emergency Preparedness and the Municipal Utilities Committee.

“We understand our customers remain uneasy going into the winter season as a result of their experience during Winter Storm Uri,” said Rudy D. Garza, CPS Energy’s incoming Interim President & CEO. “This tele-town hall is an opportunity for our customers to hear directly from us on the improvements we have made and to address any questions or concerns our community may have about the winter season.”

CPS Energy launched the tele-town hall series in February 2021 and it is one of the ways the power company connects with its customers. The events engage the community in interactive conversation on topics such as the energy company’s Flexible PathSM strategy and a potential rate increase. Feedback is received through live comments and poll questions. Recordings of previous tele-town hall events are available at cpsenergy.com/townhall along with other informational materials such as recent presentations to the CPS Energy Board of Trustees and recordings of the Board meetings.