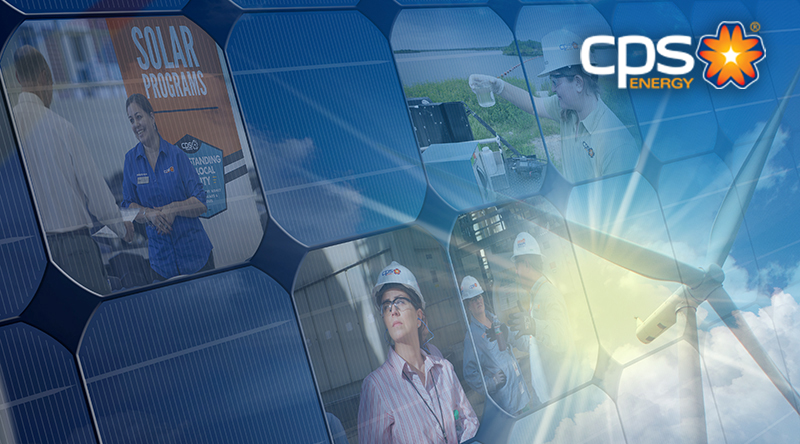 The full Sustainability Report can be found here.

“At CPS Energy, our talented team of more than 3,100 dedicated employees work diligently to provide energy services that are Affordable, Reliable, Resilient, Secure, Safe and increasingly Environmentally Responsible,” said Paula Gold-Williams, CPS Energy President & CEO. “We have been on a thoughtful journey for decades to make improvements for the environment and our community. Our Flexible PathSM strategy, that includes a commitment to reduce our net carbon emissions by 80% by 2040, demonstrates the balance we need to introduce more renewables and new technologies, as we reliably serve our customers, now and into the future. Additionally, we are now working toward full carbon neutrality by 2050 in support of the City of San Antonio’s Climate Action & Adaptation Plan (CAAP), which our Board of Trustees endorsed on August 26, 2019.”

Understanding the importance of diversity on every front –that includes expertly implementing new energy solutions, embracing more environmental opportunities, and ensuring its team remains curious and flexible– CPS Energy is proud that 60 percent of its top leaders are women and people of color. Further, CPS Energy’s 3,100 talented team members focus every day on diligently serving San Antonio, Texas, the seventh largest city in the United States, while collaborating, whenever it can to improve the environment.

Its new Sustainability Report highlights the company’s many accomplishments, over a 20-year journey, which is revving into high gear. The major accomplishments are summarized as follows:

In concert with its Flexible Path, CPS Energy will launch a Request for Proposal (RFP) in late 2020 for its FlexPOWER BundleSM. It will seek to add up to 900 MW of solar, 50 MW of battery storage, and 500 MW of additional firming capacity, which will help cover instances when the solar farms are not producing power (i.e. during bad weather, at night, technical outages, etc.). The company is also seeking solutions for FlexSTEPSM, the next iteration of energy efficiency savings and conservation programs to help meet the changing needs of customers.

Established in 1860, CPS Energy is the nation’s largest public power, natural gas, and electric company, providing safe, reliable, and competitively-priced service to 860,934 electric and 358,495 natural gas customers in San Antonio and portions of seven adjoining counties. Our customers’ combined energy bills rank among the lowest of the nation’s 20 largest cities – while generating $8 billion in revenue for the City of San Antonio for over seven decades. As a trusted and strong community partner, we continuously focus on job creation, economic development, and educational investment. True to our People First philosophy, we are powered by our skilled workforce, whose commitment to the community is demonstrated through our employees’ volunteerism in giving back to our city and programs aimed at bringing value to our customers. CPS Energy is among the top public power wind energy buyers in the nation and number one in Texas for solar generation.