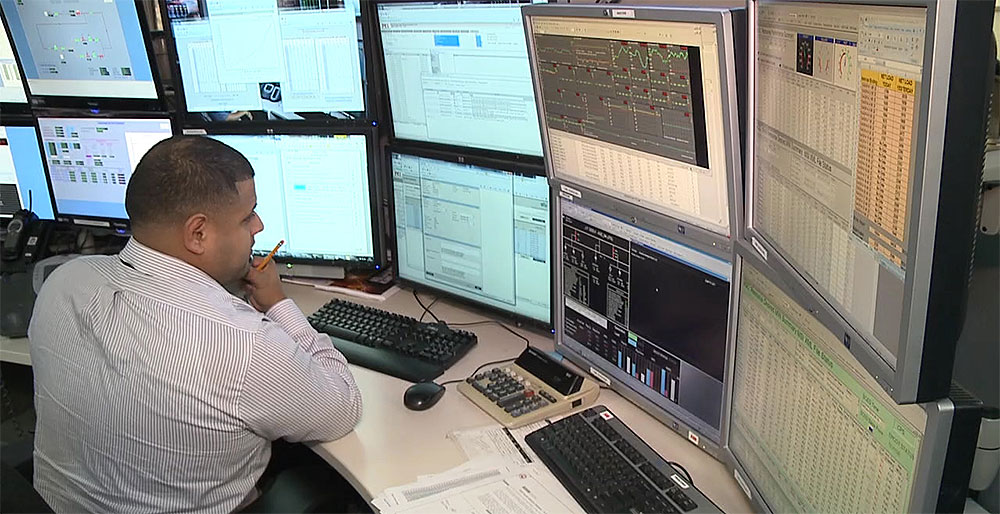 Over the last two weeks, electric customers in Texas have broken the all-time record for hourly energy consumption – multiple times. The previous record was set in August 2011, the summer that weather officials deem the hottest in Texas history. Our current forecast shows some relief in the weather, but CPS Energy and utilities across the state are prepared for the biggest energy demand week of the year – the week before school starts.

“We’ve been through a lot this summer already. But we’re just getting into the fourth quarter of this ball game,” says John Bonnin, CPS Energy’s interim vice president for Energy Supply and Market Operations. “Our power plants have been highly reliable this summer. They continue to keep our fuel prices stable. So each day, it’s all about planning, execution and operational excellence.”

This year, temperatures in San Antonio have hovered at or near triple digits since late July, increasing the demand for air conditioning – the biggest energy consumer for homes and businesses.

“Our customers use twice as much power on an August day as they do on a March day,” says Bonnin. “However, our highest load usually is the week before school starts. Teachers are at school, so we need to cool the schools. Kids are still at home, so we need to cool homes, too.”

Our diverse generation fleet, which includes wind and solar energy, can produce as much as 7,500 megawatts (MW) of power. Bonnin says our average daily energy demand in August peaks at around 4,800 MW. So while it may sound like we have plenty of power, our resources must be shared across the state electric grid into what you might call one big pot of energy soup. While we may generate close to 5,000 MW of power each day, or seven percent of the Texas market, the state grid and its 24 million customers may demand up to 69,000 MW on a given summer afternoon.

No room for error

Bonnin and his team are responsible for playing the supply and demand game each day. Fuel analysts monitor our energy load throughout the day. They keep an eye on the state grid, run by the Electric Reliability Council of Texas (ERCOT), adjust for current conditions and plan ahead for the next day. They also work in close coordination with staff at our power plants to make sure we have the resources required to meet our needs.

“Since we may need to stretch our system to its limit during the summer, it puts a premium on being extremely careful in our work,” he says. “We have to be careful in our planning, discuss contingency plans and double check our calculations. There’s no room to make an error.”

This year, a stable, high-pressure pattern has led to the unrelenting heatwave across the state. While every summer has its challenges, Bonnin says this summer has been unique. The state’s three biggest energy load centers – Houston, Dallas and San Antonio – have experienced peak demand at the same time. In previous years, rain or a weather event often took one of the big cities out of the daily demand mix, relieving pressure on the ERCOT grid.

“As long as the temperature stayed in the upper 90s, the grid could easily accommodate the load,” says Bonnin. “It was predictable, so the market knew exactly what was going to happen one day after another. About two weeks ago, temperatures broke the 100-degree mark in all three areas. This led to market volatility and higher prices for several days.”

Grid is stronger than ever

While consumption has been at its highest level ever, the ERCOT grid now has more reserve power than it did four years ago. Power plants, including our natural gas, nuclear and coal plants, have been highly reliable. New generation – especially renewable power – over the last four years has helped build healthy reserves. Bonnin says coastal wind farms, like our Papalote, Los Vientos, and Peñascal Farms, have been strong power producers this summer. CPS Energy has more than 1,000 MW of wind power – the most in the country. We’ve also added roughly 100 MW of solar power to our resource mix over the last year, and more is on the way.

Increased conservation also has helped. On extreme weather days, utilities like CPS Energy implement demand response – a valuable residential and commercial program that provides incentives to customers for voluntarily reducing their energy use. Demand response reduces our electrical load, making as much as 140 MW of additional power available, if needed.

Some records are better than others. We may see more set this summer. Throughout August and September, we will continue to work with our ERCOT partners to manage power as efficiently as possible. Soon, fall and football stadiums should signal the end of another hot, challenging summer in Texas.

Your business can get paid to save this summer