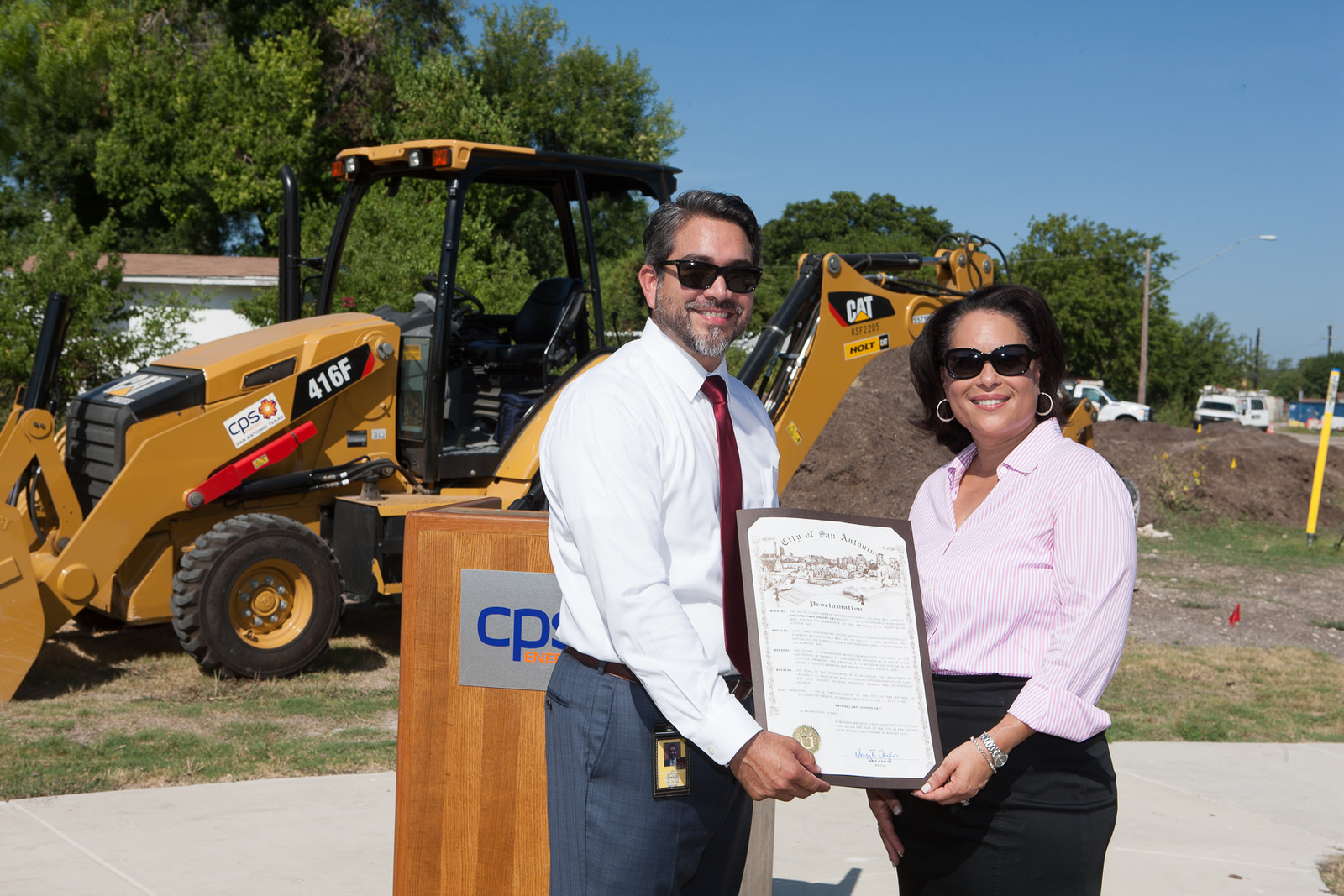 Last year local contractors caused more than $420,847 in damages to CPS Energy underground infrastructure, a decrease of 8.6% from 2013. This year, those numbers are on pace to reach 306 incidents that could potentially cost San Antonio ratepayers as much as $391,426.00.

This morning, CPS Energy, Common Ground Alliance and the South Texas Damage Prevention Council held a joint news conference at Woodlawn Lake where Councilman Trevino proclaimed August 11 as 811 day in San Antonio. The event focused on reminding contractors and homeowners about the importance of calling 811 before beginning any project that involves digging. Hitting an underground utility line can result in potential fines and repair costs as well as loss of service, serious injuries or fatalities.

By calling to have underground lines located, contractors and homeowners can help reduce the probability of coming in contact with underground infrastructure. All calls to 811, the federally designated call before you dig number, should be made at least 48 hours prior to beginning any work.

In 2014, Texas811 fielded over 2.5 million calls from Texans who took advantage of the free service. CPS Energy responded to 122,482 of those calls.