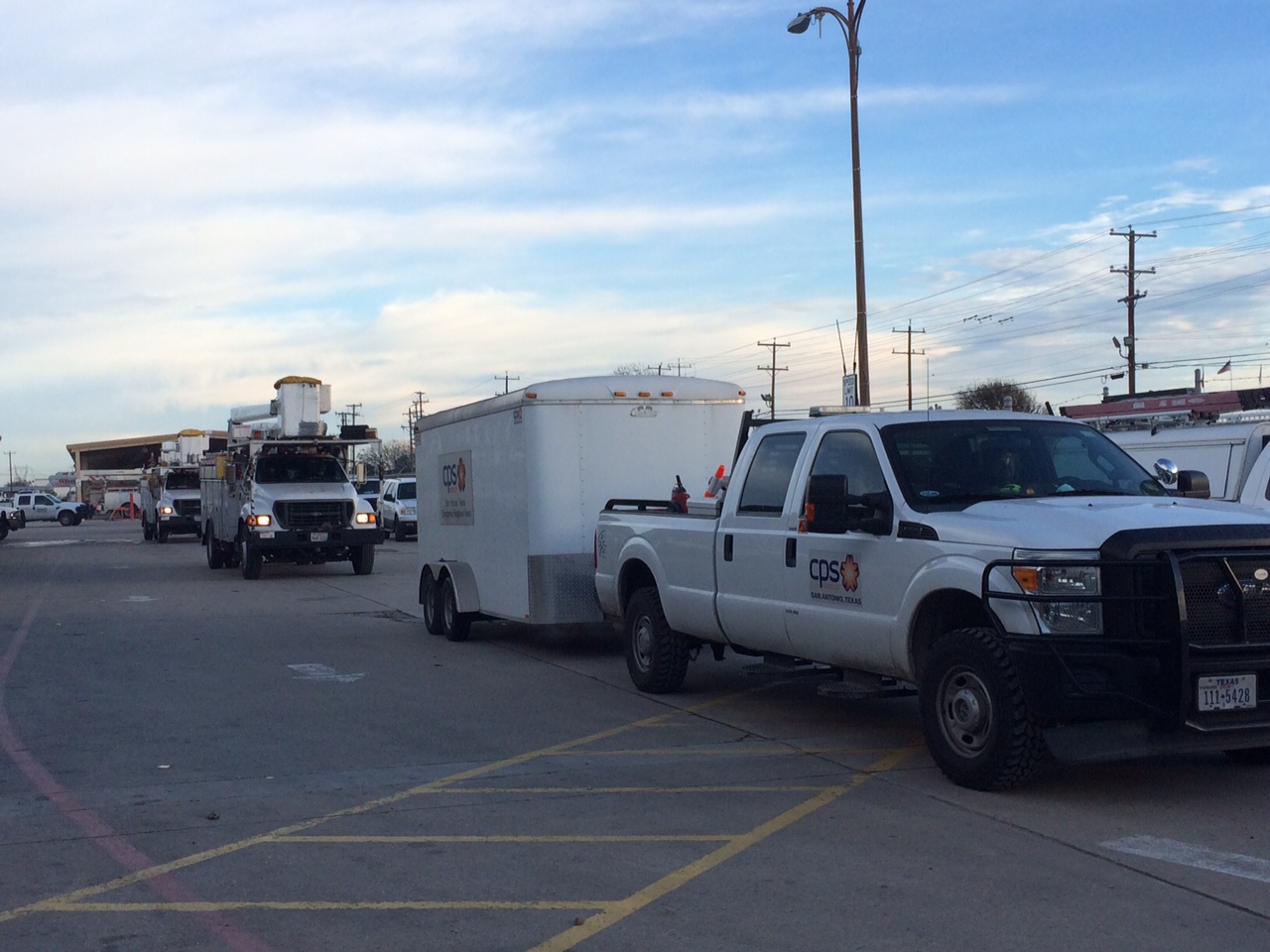 The convoy included journeymen, linemen, foremen, trainees, mechanics, a construction manager and a safety specialist. The crews will assist with repairing what’s known as pole-top damage, or broken cross-arms, insulators, and power lines that high winds ripped from the top of the utility poles.

The request for mutual-aid support came from AEP. It is not uncommon for CPS Energy to respond and provide support to utilities in need. As part of a mutual-aid agreement, CPS Energy has a long history of storm restoration assistance. In the past decade, crews have supported restoration efforts following hurricanes Rita, Katrina, Ike, Gustav, Dolly and Sandy. Those storm systems caused major damage and left, in some cases, more than a million people without power in communities across South Texas, Louisiana and New Jersey.

The crews are expected to spend three to five days in Lawton, pending any additional need for assistance. On December 27, CPS Energy released eight contract crews to assist Oncor with storm restoration efforts in tornado-ravaged Dallas. The contract crews are estimated to be in Dallas for seven days.

CPS Energy is the nation’s largest municipally owned natural gas and electric company, providing service to 772,000 electric and 337,000 natural gas customers in the Greater San Antonio area. With our AA+ credit rating, one of the best in the industry, we offer best in class reliability and one of the lowest rates among the top 10 largest U.S. cities. We recognize our role as a community partner and are continuously focused on job creation, economic development and educational investment. Powered by our people, our investment in the community is demonstrated through our employees’ generosity in giving $1.1 million to United Way. We are also committed to investing in clean energy, ranking number one in Texas for solar generation and among the top wind energy buyers in the nation. For more information, visit newsroomp.cpsenergy.com.