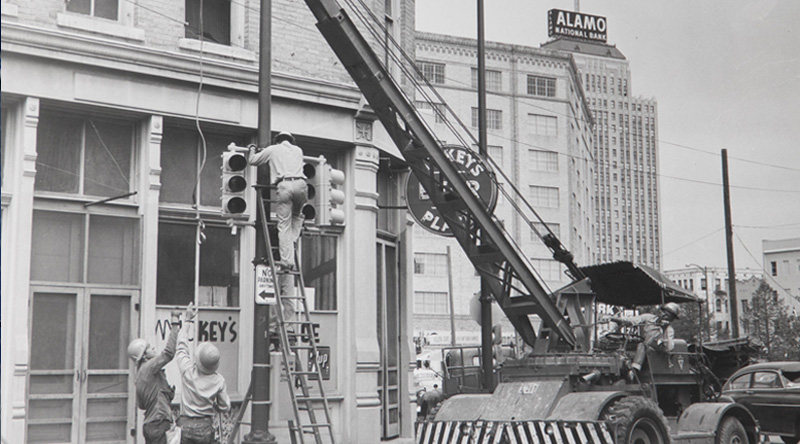 As a public power utility, CPS Energy provides long-term value to its community and citizens.
CPS Energy provides Reliable, Customer Affordable, and Safe power to 860,934 electric and 358,495 natural gas customers in San Antonio and portions of seven adjoining counties. The benefits of city ownership include rate stability, support for jobs, policies aligned with community priorities, and financial support for local government functions, to name a few.

Over seven decades later, CPS Energy still has the highest commitment to providing value and strengthening the communities it serves by providing superior service, engaging citizens, and making significant financial contributions to the City of San Antonio.

CPS Energy reinvests customers’ utility dollars in the community and provides about $360 million to San Antonio every year – almost $1 million every day. In addition to the financial contribution and keeping property taxes lower, CPS Energy is a trusted and strong community partner and an environmental steward.

Some recent awards and accolades include:

Among the top public power wind energy buyers in the nation and a leader in Texas for solar generation, CPS Energy is taking a significant step to diversify its generation portfolio and meet the energy demands of the region. CPS Energy recently released a global Request for Information (RFI) that will help develop a future Request for Proposal (RFP) that will incorporate non- or low-emitting generation and demand-side resources consistent with the utility’s Flexible Path vision. The RFI will inform the design of two strategic CPS Energy initiatives, the FlexPOWERBundle SM and FlexSTEP SM.

The FlexPOWER Bundle is the next step in CPS Energy’s Flexible Path, the overarching strategy to transform the utility’s generation fleet to lower and non-emitting sources for decades to come.

CPS Energy is proud to be owned by the City of San Antonio for 78 years and is honored to serve residents for 160 years. Today, CPS Energy has more than 3,100 employees driven by our philosophy of putting People First! They work diligently every day to provide energy services for residential and commercial customers that are Environmentally Responsible.