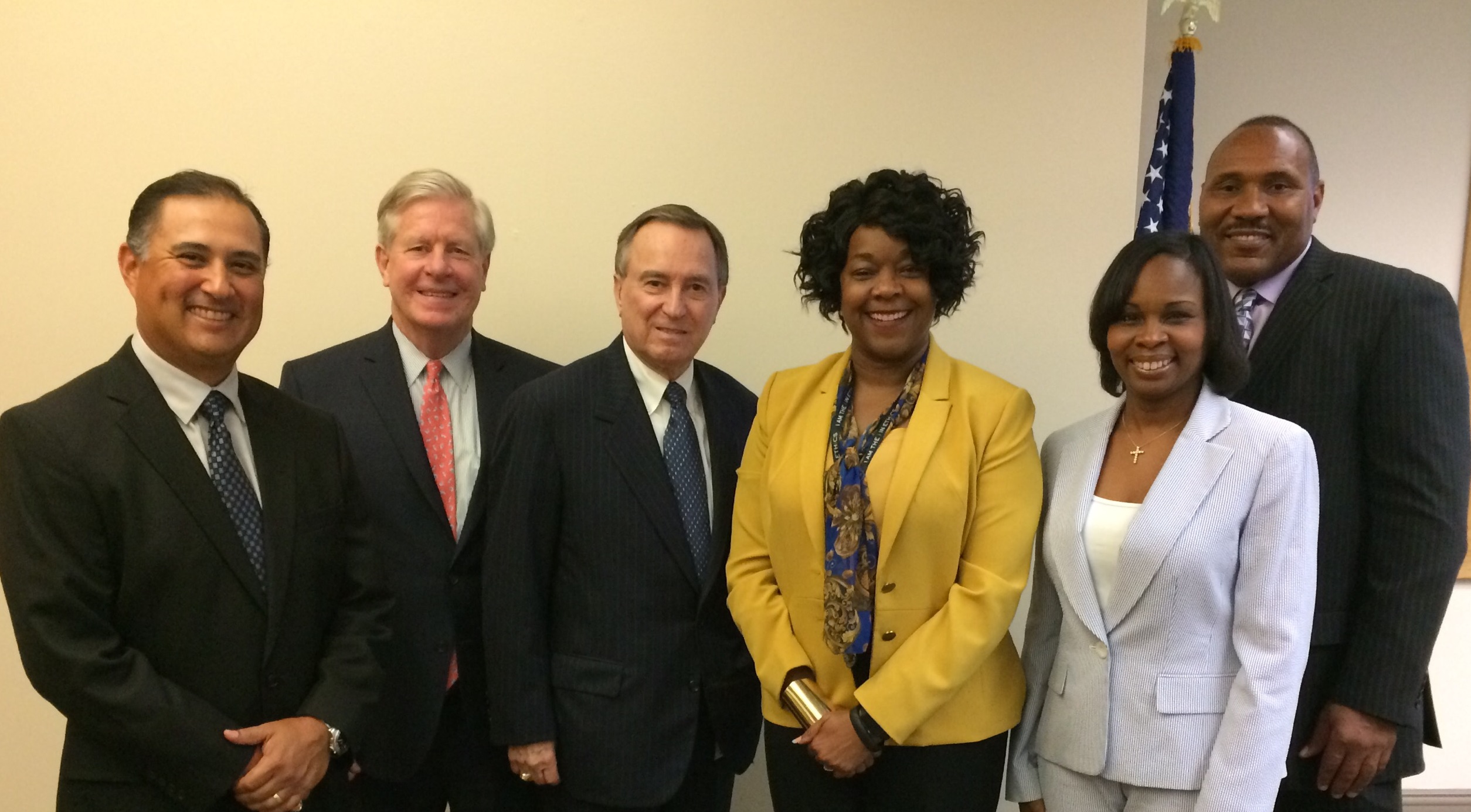 Ed Kelley, CPS Energy’s Board of Trustees Chair, today announced that after a nine-month nationwide search, the Board has selected Paula Gold-Williams as its president & CEO.  Gold-Williams has been serving as interim CEO since November 2015, shortly after Doyle Beneby resigned from the post.

Beginning last September, the CPS Energy Board engaged in an extensive recruitment process to identify a new CEO, utilizing national executive search firm Korn Ferry. “Paula has done an outstanding job in her nine months as interim president & CEO and has provided solid operational guidance, strategic agility, and a renewed focus on customer and employee engagement during the transition,” said Kelley. “She is a highly impressive talent known for her inclusive leadership style, her “People First” philosophy, and for building high performing, collaborative teams.”

In her interim CEO capacity, Gold-Williams has improved customer responsiveness, corporate safety performance, and finalized the headquarter location process.  Prior to being named interim CEO in 2015, Gold-Williams served as Group Executive Vice President and Chief Financial Officer for the utility.  Gold-Williams joined CPS Energy in 2004 after holding various positions at several other San Antonio businesses, including Time-Warner Cable and Luby’s Inc. Gold-Williams is a Certified Public Accountant and a Chartered Global Management Accountant.

“I am honored and humbled to have been selected to lead an amazing team of more than 3,000 CPS Energy employees,” said Gold-Williams.  “It’s been a privilege to serve our organization in the interim role, and I look forward to continuing down our path of customer service excellence, supporting our diverse workforce, along with innovative and sustainable energy generation and growth.”

“I am very pleased to be able to confirm that Paula Gold-Williams has been selected to continue to lead CPS Energy into the 21st century,” said Mayor Ivy R. Taylor, a CPS Energy Board Member.  “We are confident that her excellent service since being named Interim CEO in 2015 is a great indicator of her ability to deliver outstanding customer service at competitive rates while supporting energy innovation and economic development in our community.”

The Board approved a base salary of $415,000 effective today, July 25. The finalized contract will be executed shortly afterward.

CPS Energy is the nation’s largest municipally owned natural gas and electric company, providing safe and affordable service to 786,000 electric and 339,000 natural gas customers in the Greater San Antonio area. With our AA+ credit rating, one of the best in the industry, we offer best in class reliability and some of the lowest rates among the top 10 largest U.S. cities. We recognize our role as a community partner and are continuously focused on job creation, economic development and educational investment. Powered by our people, our investment in the community is demonstrated through our employees’ generosity in giving $1.1 million to United Way. We are also committed to investing in clean energy. CPS Energy is number one in Texas for solar generation and among the top wind energy buyers in the nation for municipally owned utilities. For more information, visit newsroomp.cpsenergy.com.