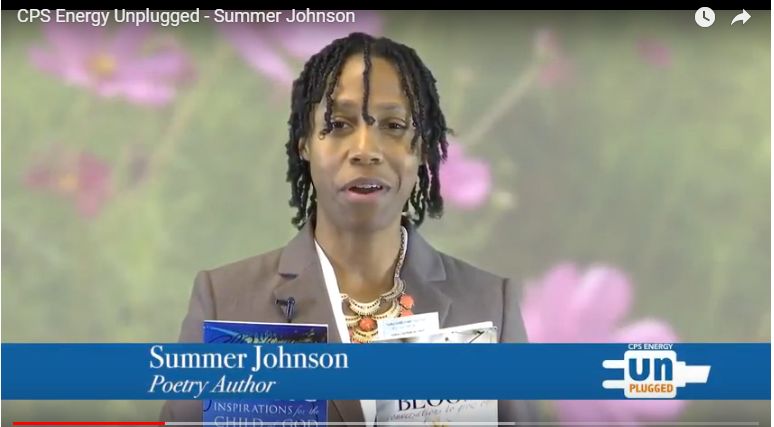 Everyone needs some encouragement now and then. That’s why Summer Johnson, an Environmental Analyst here at CPS Energy, began writing poems designed to encourage and reassure. Those poems came to life in her first book, written during a time when Summer herself needed words of encouragement — a battle with breast cancer. A second book followed a few years later, focusing on her growth as a cancer survivor.

Summer’s writings are deeply rooted in her spiritual beliefs, which she often turns to for inspiration.

Summer’s latest book, “Bloom” can be purchased on Amazon.com.

Survivor Story: It’s OK to have a bad day