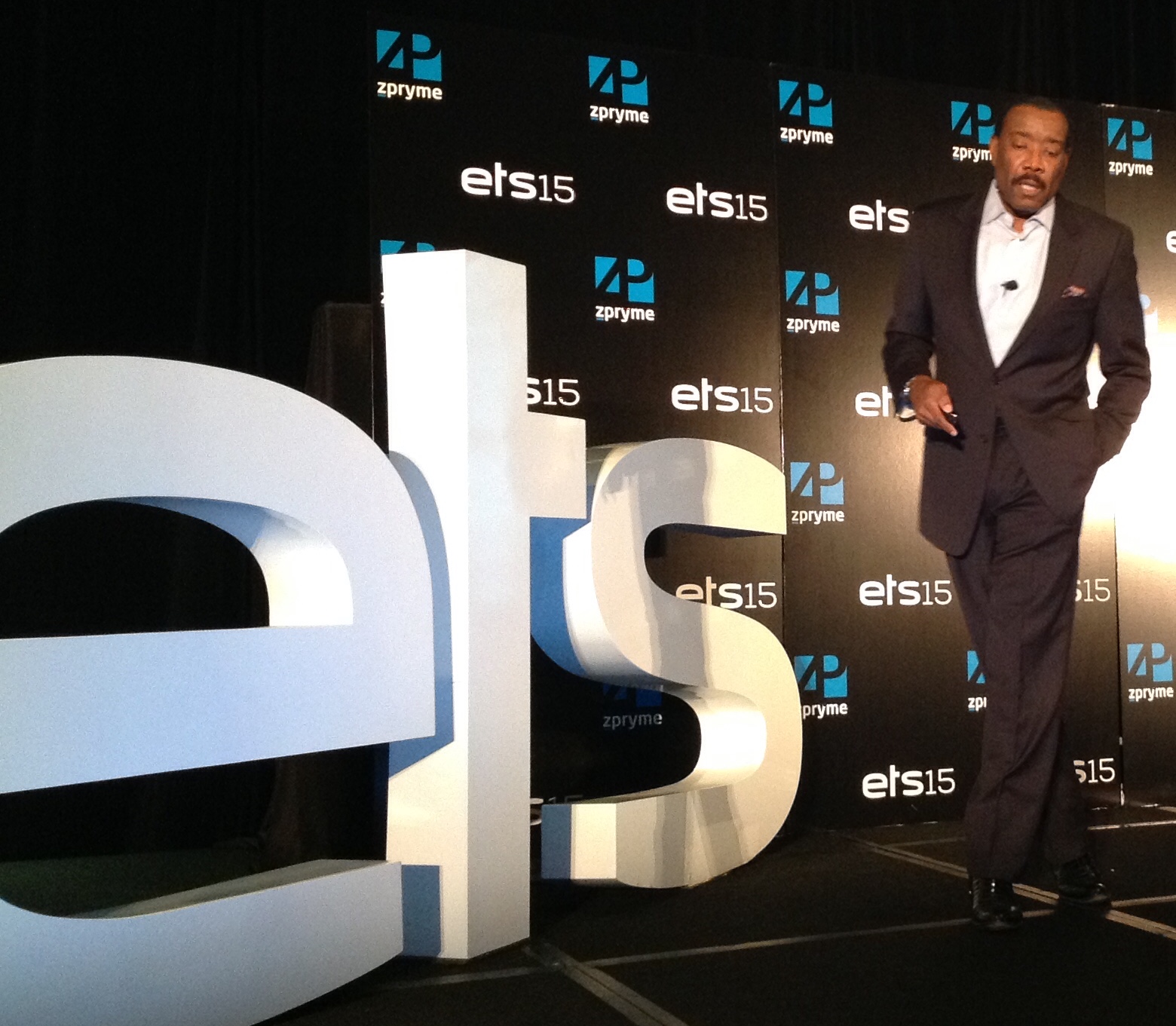 When you bring the world’s thought leaders together to debate the current state and future of energy, how’s this for a big thought: “Innovation means nothing without competitive rates.”

That opened the dialogue at this year’s Energy Thought Summit, or ets15, in Austin as CEO Doyle Beneby made a return appearance for the first night’s keynote speech. After making the point of how our company would never get a chance to innovate without keeping our costs competitive, Beneby went on to detail why the energy industry must innovate and how we are leading the pack.

“Why innovate? We’re in an industry where our customers are incentivized to use less of our product,” stated Beneby, noting the irony of being in the energy business. The goal of business is to sell MORE of one’s product, not less. It’s the exact opposite for energy companies as most encourage customers to become more energy efficient. Thus, the demand for energy is flatlining.

He then pointed out that energy costs only make up three percent of the customer’s wallet, or household spend, leading many to not think about energy until the lights go out. And, of course, there’s the rapid speed of changing technology and a number of other compelling factors for innovation.

What does all of this mean for us?

Starting from the inside out, we have to adapt as we become the energy company of the future, making CPS Energy an attractive place for talent and the “millennials who will be running the place in 10 to 15 years,” says Beneby.

Being flexible will attract new talent into a company with a rich history of tradition, culture, and employees with decades of service.

We’ve started the journey with a switch from the traditional Human Resources Department to what’s now known as People and Culture, and a change in leadership.

Reinventing and revitalizing skill sets for new technologies like the smart grid, solar farms, and other advances join attracting new talent at the top of the list for change. Beneby noted that we may be the first utility to have craft, or union, employees learning to maintain solar firms.

Our progressive adaptation is all about bringing more value to our customers. For example, we’re looking at technologies that will “plug and play” with our currently under construction, advanced grid to provide customers options.

“We’re making lots of non-traditional alliances,” said Beneby. “We bring big economy of size and a double-A-plus credit rating, and that’s attractive” for public/private partnerships, which have been at the core of our New Energy Economy.

So far, the initiative has led to the creation of more than 600 direct, and a total of 2,600 direct and indirect, jobs along with an infusion of $808 million into our local economy. It’s also resulting in national praise for San Antonio and our clean energy. By the end of next year, we will have more than 400 megawatts of solar online due to an industry-leading economic development agreement that has created a local solar manufacturing hub.

What’s next? Beneby did not tip his hand but the prevailing thought is that it will be …. hmmm, innovative.