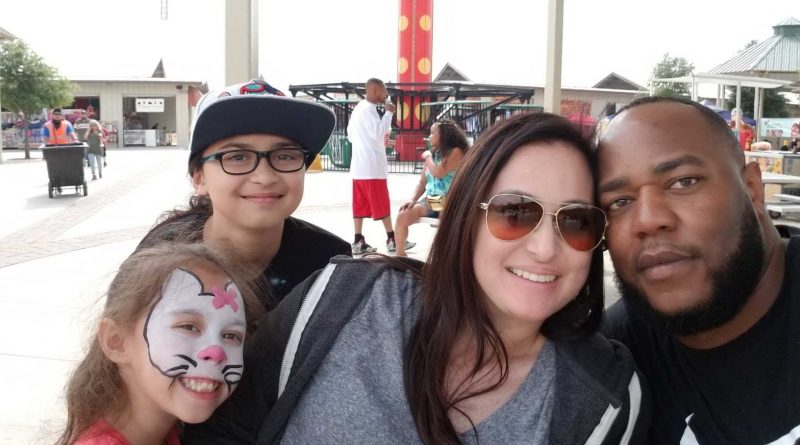 Over the past two weeks, we’ve been spotlighting a few of the more than 300 veterans who make up CPS Energy’s workforce. These veterans have transitioned from serving the military and our nation to serving our community and our utility’s customers. We’re pleased to continue our series as we honor an Army veteran.

Call after call, Jadi Oclinaria is on the frontline with our customers. The Energy Advisor and her coworkers at our Call Center answer thousands of customer calls each day, assisting with billing issues and service starts/stops/transfers, as well as offering energy-saving advice and educating customers about energy in general.

Jadi admits that showing empathy was initially challenging for her. But like so many other physical and emotional challenges she’s overcome, empathy is now one of her strong points. She even helps train and mentor new Energy Advisors, providing them with one-on-one assistance. This, she said, is much like the one-on-one coaching she found helpful in the military.

Jadi began working for our utility in January 2017, shortly after moving to San Antonio – a move she refers to as her “new beginning.”

Living in her native state of Hawaii, Jadi was in her mid-20s and didn’t see a clear future for herself. She turned to the military, where she could get a good education and on a solid career path while serving her country. She enlisted in the U.S. Army as a healthcare specialist and completed basic training at Ft. Leonard Wood in Missouri. The young soldier was transferred to Ft. Sam Houston in San Antonio, fondly referred to as Military City USA. Six months later, she was accepted into nursing school at Brooke Army Medical Center (BAMC), later renamed San Antonio Military Medical Center (SAMMC). 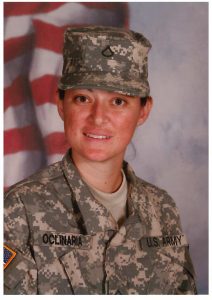 The healthcare field proved to be a good fit for Jadi. She loved what she was doing and became a Licensed Practical Nurse (LPN), the equivalent of an associate’s degree in nursing. At BAMC, she helped treat and care for wounded veterans, many of whom were severely injured while serving in Iraq and Afghanistan. Some patients, she said, spent six months or longer at BAMC.

Jadi never imagined that one day it would be her lying on one of those hospital beds at that trauma center, receiving the same type of superior medical care she was providing to those patients.

The Army nurse was deployed to Iraq in 2011 and to Afghanistan in 2015. “The height of the war was over so it was more like working in a peace corps,” Jadi said of those deployments. “While serving abroad, we helped and provided medical treatment to local nationals. They knew where they could come to get help.”

By June 2015, she had been in Afghanistan for about four months and her tour of duty was going smoothly. But that changed in a matter of nanoseconds. Jadi was standing near a pit used for burning trash when a wall of flames came at her and others near her. Not realizing the extent of her own injuries, she jumped into action to make sure everyone else was OK.

Jadi suffered second- and third-degree burns to more than 60% of her body, primarily to her arms, legs and face.

She initially was sent to Iraq for treatment but because of the severity of her injuries, she was flown to Walter Reed National Military Medical Center in Maryland. Finally, she was transferred to BAMC, where she would spend three months undergoing treatment.

“Being on the other side at BAMC was crazy. I was scared,” she said. “I couldn’t do anything. That was really hard because I was used to being active.” She also recalled how her then 3-year-old daughter seemed afraid of her because of the protective mask that covered the burns to her face.

The road to recovery was a long one for Jadi. She had to learn to walk again and to use her left hand, her dominant one. She was sent to the Schofield Barracks in Hawaii for a year, as the military worked with her to become fit again for duty. She performed administrative work while continuing to undergo physical therapy and attend medical appointments.

Jadi, who had risen to the rank of sergeant, never regained full mobility in her left hand and was medically discharged in 2016.

“Mentally, it’s made me stronger. I look at life differently and my mind is a lot more open to different things,” she said of the accident. “You’re eyes get opened to how truly blessed you are.”

With her military career behind her, Jadi returned to San Antonio in 2016 for a fresh start. Since then, she’s launched a second career with CPS Energy, began working toward a bachelor’s degree in business management, and this summer welcomed a new son, Thaddeus.

Despite the physical and emotional scars she endured, Jadi has been resilient and has persevered – a great example of what it means to be “Army Strong.”

We’re grateful for Jadi’s commitment to serving our customers, and we thank her and all military veterans for their unwavering service to our country.