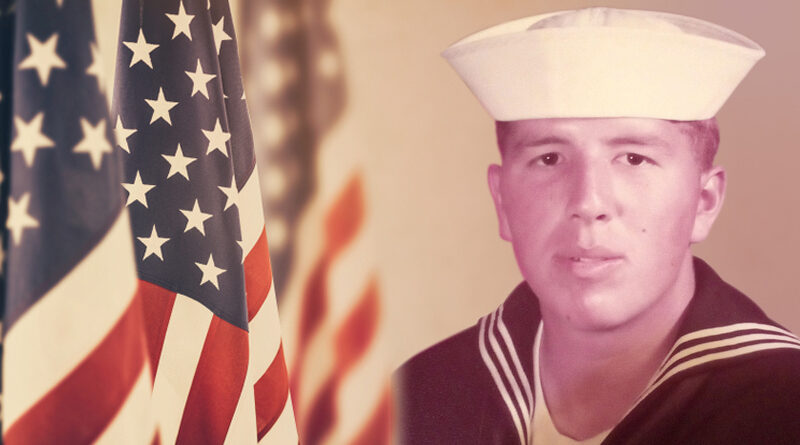 At CPS Energy, we’re proud to have nearly 280 military veterans among our workforce serving Military City USA’s customers and community! Last month, we kicked off a series of blogs spotlighting a handful of these veterans, and today we shine the light on CPS Energy team member Luis Rodriguez.

Getting his sea legs

Though many of his close family members wore the U.S. Army uniform, Luis followed a different path. He joined the U.S. Navy in 1983, wanting to serve his country and seeking adventure.

Luis proudly served in various capacities. As a Boatswains (also known as a Petty Officer) mate, he was assigned to the anchor windlass room, which housed the machine and controls for raising and lowering the ship’s massive steel anchor.

He and his fellow servicemembers also conducted training exercises to prepare for battle and combat. This included shooting projectiles long distances – really long distances. Teamwork is key as each servicemember has a specific role or duty. Luis served as the primer stick man.

“I inserted a primer stick, about 3 inches long, at the back of a 16-inch gun turret. This primer stick ignited 500 pounds of gun powder, shooting 5-foot-long projectiles some 20 miles into the distance,” he explained.

For those not familiar, the turret is a weapon or artillery mount on a ship – resembling a cannon – that generally rotates so it can be aimed and fired in various directions.

A quest to survive

Luis’ quest for adventure in the Navy was certainly coming to fruition. Along with his varied duties, he also had the opportunity to travel worldwide aboard the USS Missouri to many countries and continents – Australia, Africa and the Philippines.

During a voyage to Japan, the young sailor’s quest for adventure quickly evolved into a quest to survive.

He was on forward watch when the 887-foot-long, 48,880-ton USS Missouri encountered a fierce storm system that battered and rocked the massive vessel. For Luis, there was no going inside to escape the storm.

“A forward watch has to be outside on watch even in a storm,” he explained. “When that storm hit, I thought that the ship – despite its massive size – would sink and nobody inside would even know. It was very scary.”

He and his fellow servicemembers rode out the storm and, fortunately, were unscathed.

While he’ll certainly never forget those memorable Naval experiences and especially riding out that fierce storm, the military veteran now finds himself working on a different type of fleet. Luis joined CPS Energy earlier this year as a Mechanic Trainee in our Fleet area. He performs maintenance and repairs on everything from vehicles to heavy equipment used in the field like skid steers and backhoes, keeping the equipment operational so we can continue to deliver energy services to our customers.

Luis gained most of his mechanical skillsets through the diesel program at St. Philip’s College in San Antonio. As of now, he’s just one course shy of earning two associate degrees and is already making plans to complete that course early next year. His educational pursuit is consistent with one of CPS Energy’s core values – Learn & Grow.

When he’s not immersed in repairing vehicles or equipment or studying, Luis squeezes in time for one of his favorite pastimes: painting murals. “I’ve always been an artist. I mostly do stencil art. My specialties are musicians and celebrities,” he said. Some of his works of art, including murals of singers Steven Tyler of Aerosmith and Eddie Vedder from Pearl Jam, can be seen at Bubba’s Big Deck in New Braunfels.

For Luis – a Navy veteran, college student, diesel mechanic and local artist – life has been a steady stream of ventures, but it’s evident he wouldn’t have it any other way.

We thank Luis and all of our military veterans for your unwavering dedication in serving our country. We’re truly grateful for your selflessness in helping preserve our freedom and in protecting each of us.