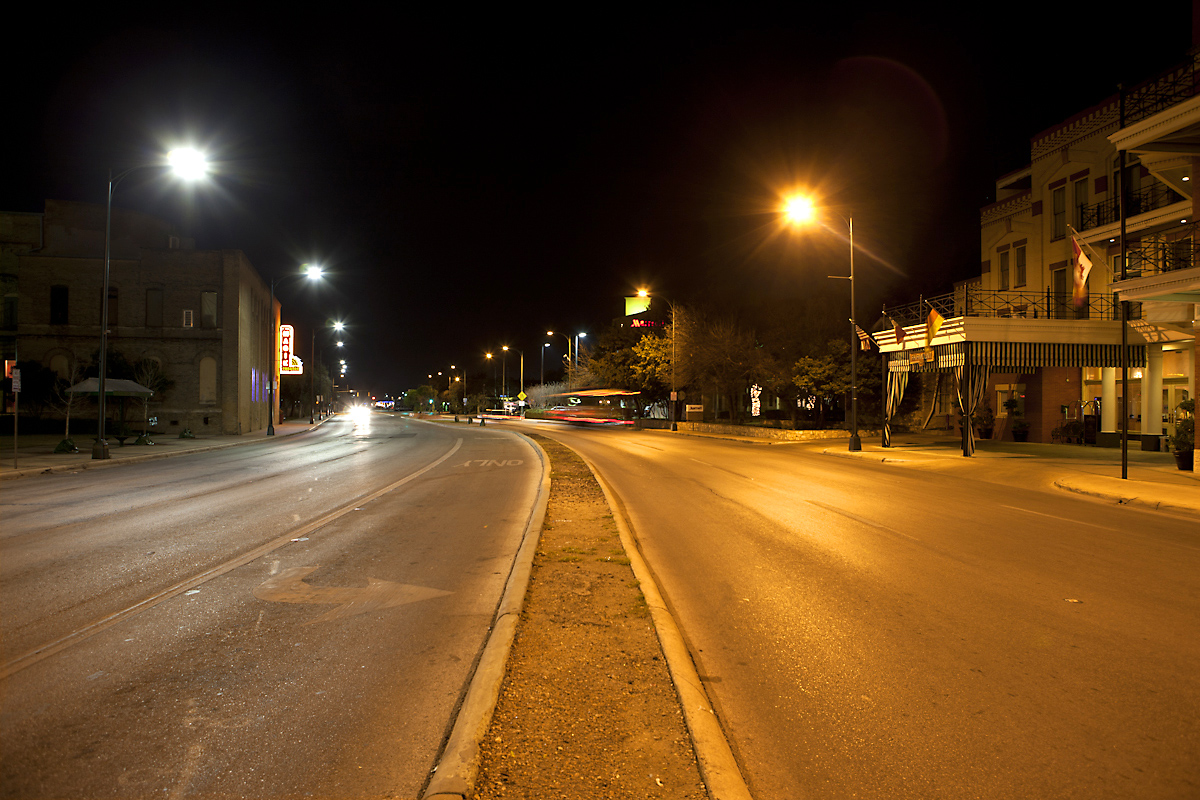 The streets of San Antonio are getting a little brighter. The old yellow or orange-glow is taking a bow to crisp, white light as we replace all old streetlights with new LEDs, or light emitting diodes. LEDs are now our new standard for all roadway and security lights throughout the Greater San Antonio area we serve.

“LEDs can last for 100,000 hours, which is an extremely long life.  They don’t have filaments that can quickly burn out like the high pressure sodium lights. That means lower maintenance costs and greater energy efficiency,” said Group EVP and Chief Delivery Officer Jelynne LeBlanc Burley.

We’ve teamed up with New Energy Economy partner GreenStar for a three-year deal for 10,000 LED streetlights per year. Paul Duran, interim CEO for GreenStar, is excited about bringing more jobs to our community.

“We are very proud to contribute to the growth and improvement of San Antonio. This next phase of streetlight improvement is a cornerstone project and growth driver for our company over the next several years.”

Benefits for our community

The 30,000 LED streetlights which are manufactured on San Antonio’s west side will offer a multitude of cost-saving benefits.

With an average life span of 15 years, the LEDs last twice as long as traditional streetlamps used today that, on average, burn out after seven years. LEDs also provide improved lighting distribution and enriched color rendition for increased road safety.

Public safety is one of the reasons elected officials in and around San Antonio are asking for the improved lighting.

“We worked with Councilwoman Shirley Gonzalez on a pilot project in District 5 that replaced about 450 lights. The results prompted a request from Councilwoman Rebecca Viagran so we’re brightening neighborhoods in District 3 now, and we’ve received requests from the County and our suburban cities as well,” said Burley. “We’re glad that they’re eager to put in place a more energy efficient lighting system.”

The LEDs are an example of how the New Energy Economy is working for San Antonio.

“At the time of our initial contract with CPS Energy, our local material content was approximately eight percent. Today, 60 percent of our latest generation of products comes from local sources. That’s a significant increase and translates into local dollars staying in the San Antonio regional area,” says Duran.

And, the benefits continue. As part of the new contract, GreenStar plans to donate $5 per light for a total of $150,000 to go towards a local education institution in support of STEM initiatives. Now that’s a gift worth shining a light on.

Over the next three years, customers can expect to see contractors in their neighborhoods replacing old inefficient bulbs with the new LED technology. Until we have replaced every light, customers will notice a mixture of bright white lights and the older yellow or orange high pressure sodium lights.

While the lights are being replaced, we’re working with our owner to define a new LED rate. When San Antonio City Council approves a rate(s) for LED lamps, the new LED charge will be automatically applied for customers who request additional lighting through the All Night Security Light program.

Albert was part of the Corporate Communications team at CPS Energy.

14 thoughts on “A shiny new way with LEDs”